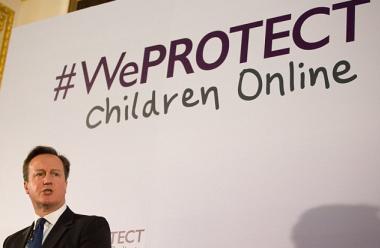 The Flaw in the Law campaign set out to change UK legislation.

Three in four UK adults believed it was illegal for anyone over 18 to send a sexual message to a child. In reality, there was no law to always protect children in England, Wales and Northern Ireland from being sent sexually explicit messages from adults online.

The NSPCC was determined to close a legal loophole that could have perpetrators free from prosecution from sending sexual messages to children.

Achieving their goal within their given budget of £42,000 seemed like a monumental challenge. At the start of the campaign, the Government publicly claimed that a new law was not required, as it was covered by existing legislation.

The NSPCC's rallying cry and tone was positive and non-partisan to appeal to and involve all layers and sides of parliament. Engendering support from the community through wide spread awareness a month the public would be key to putting pressure on politicians to bring about the change.

Incredibly their public campaign delivered over 50,000 petition signatures which also triggered letters to the minister from each signatory in support of the campaign. In response, the UK government announced that it would address this flaw in the law.

As well as a fantastic legislative change that would possitively affect vulnerable children, it was a major PR victory with the Prime Minister making the announcement at the global summit #WeProtect Children Online, as he proclaimed:

'There can be no grey areas here. So the NSPCC are changing the law. Just as it is illegal to produce and possess images of child abuse, now they are making it illegal to solicit these images too'.