The experiential excellence collection: Disney and McDonald’s nail it. Again.

Disney and McDonald’s nail it. Again. 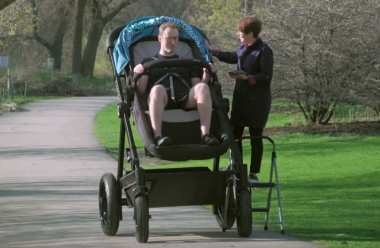 Blog post
Summer is always a great time of year to be part of the experiential marketing world.

The winning combination of warmer weather with longer days always adds up to a busy season for us events professionals. This year you can expect to see countless brands across the UK hitting the streets with experiential campaigns to build awareness and win over new fans.

And when it comes to building trust, understanding and brand love, there’s simply no medium quite like experiential.

If you’ve read any of my past Marketing Society blogs or attended one of my experiential masterclasses, you’ll know that I’m very passionate about championing the world’s best experiential campaigns. And this month, four more excellent campaigns have caught my eye. The creative approach and execution of these goes to show yet again why live brand experiences continue to win over consumers worldwide.

Disney: The happiest place on earth just got even happier
Disney certainly doesn’t enter into experiential activity half-heartedly. To build buzz for the release of new movie Alice Through The Looking Glass, the hugely successful brand enlisted the help of its biggest star – Johnny Depp – to generate tons of excitement ahead of its next big hit.

Using live streaming technology the actor, dressed in his full Mad Hatter garb, was directly connected from a soundstage to unsuspecting guests at California’s California Resort. Shock quickly turned to delight, as crowds gathered around what at first glance appeared to be a static billboard, but was in actual fact a one-on-one experience with one of Hollywood’s biggest stars.

Captured on video, the Mad Hatter’s interactions and crowd’s reactions have now gained over 2 million views on YouTube, showing yet again how a well-integrated experiential stunt can open the doors to global visibility.

Excedrin: A migraine is more than just a bad headache
It’s likely that this great virtual reality campaign will hit home at a very personal level for many.

Migraines are now the most common and disabling neurological disorder in the UK, affecting more people than diabetes, epilepsy and asthma combined. Often overlooked, headache relief brand Excedrin has now created a great 360˚ VR film which simulates the symptoms of a severe migraine.

The reason the film works is its realism: the brand worked closely alongside four migraine sufferers during its creation, in a bid to match the experience of having a migraine as closely as possible.

Contours: Experience the world from a baby’s POV
The world of parenting comes with a host of challenges. One of the biggest ones for many new parents is the decision of which pushchair to buy. And the worst part? The end user can’t help with the decision-making process. Not one little bit.

Coutours Baby recently came up with a very quirky experiential solution to this long-lasting problem. The baby product manufacturer built an adult-sized pushchair, and gave parents the rare opportunity to experience life from their babies’ point of view.

It’s hard to forget, highly shareable, it gets the product’s benefits across in an instant – and it’s guaranteed to make you smile. Go on, watch the video and try not to.

McDonald’s: Make sweet music with experiential placemats
A nostalgic childhood memory received a very modern twist recently, as McDonald’s introduced McTrax – a paper placement that turns into a full music production station when hooked up to a smartphone.

Launched in The Netherlands, the placemats use simple conductive technology and Bluetooth to allow diners to create their own personalised music tracks. After downloading an app, users can play notes, adjust the temp and record their own vocals, with different touch points across the mat triggering sounds.

Following the recent unveiling of McDonald’s ‘Happy Goggles’ in Sweden, it’s yet another forward-thinking move from the fast food chain which has a clear focus on increasing dwell time in its restaurants, and it’s pretty nifty stuff. It shows yet again how live brand experiences, developed with customers at heart, can enhance good feelings by creating unique and fun memories.
Joss Davidge is Director of the Unexpected at BEcause Experiential Marketing, the award-winning agency dedicated to enhancing Brand Love. Sign up to Joss’ next complimentary experiential marketing masterclass to learn about the most effective experiential marketing strategies.