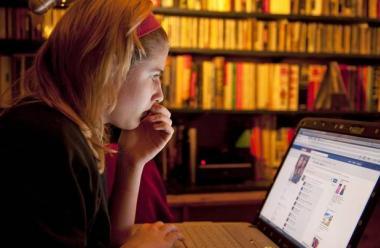 Changing attitudes towards online privacy among teenagers has huge implications for brands. But the assumption that young people are indifferent about their online lives and how their personal data is used is wide of the mark.

There is an almost universally held view that teenagers simply don’t care enough about online privacy. And, at face value, there seems to be good evidence for this. In the UK, Paris Brown famously felt obliged to resign as the country’s first Police Youth Crime Commissioner after some ill-advised tweets she had made some years previously. Other cases have involved teens taking their lives after being blackmailed over ill-advised personal footage posted online. While these are the more extreme examples, many who have contact with teenagers are aware of instances where they have not appeared to have sufficient concern for their privacy.

Teenagers make an easy target for society. They are easily identifiable (by their age, of course) as well as being a relatively small and powerless segment of the population. This gives them the characteristics of a group that the wider population will use to express their concerns and fears, because by focusing our concerns onto a smaller, more vulnerable, group it makes us feel better about ourselves. So teenagers have always been considered to be the harbingers of declining standards and slack morals – from feral youth and teenage pregnancy to falling educational attainment and gaming addictions. You name a societal ill and teenagers will often be considered at the forefront, a special status granted by their age that asserts their role as signifying the future of our society.

Therefore, the narrative about the way in which teenagers manage privacy has huge implications for brands. If teens are playing fast and loose with their privacy, it is argued, surely this is a leading indicator of more general societal changes. Indeed, Facebook’s Mark Zuckerberg has claimed that privacy is no longer a social norm, using it to justify changing the network’s privacy settings. But if the assumption that teenagers are not concerned with online privacy is wrong then this has much wider implications for the way in which brands use personal data.

So what do teenagers think about privacy? As it turns out, much the same as the rest of us, or at least as far as our research at GfK among this age group shows. However, the issue is much trickier for teens due to the degree to which they live their lives online. Teenagers have always sought out public spaces where they can gather and socialise, forging their adult identities and defining themselves as separate from their parents in the process. So, in this context, participation in ‘digital publics’ is hardly surprising.

In fact, teenagers are de facto required to participate in social networks, as failure to do so results in social exclusion. But as Danah Boyd and Alice Marwick pointed out in a key paper(1) on this topic: 'Just because teens are socialising in a public setting does not mean they want to be public figures, nor does it mean that they want to be the object of just anyone’s gaze'.

Most teens do manage privacy carefully
Having done quite a bit of research with teenagers, we find that most are careful about how they manage their privacy online. The vast majority agree that there are some things they just would not post and, similarly, they say they take care not to put anything inappropriate online. Of course, self-censorship doesn't always work out and more than half of those we spoke to say they sometimes delete things they have posted. Just as was the case for previous generations, teens make mistakes when experimenting socially; it simply has much greater privacy consequences today. The teens in our study (reflecting the findings in the US from Pew Research(2)) certainly felt the tension between being able to be spontaneous, expressing themselves freely, while at the same time having to worry about being private. 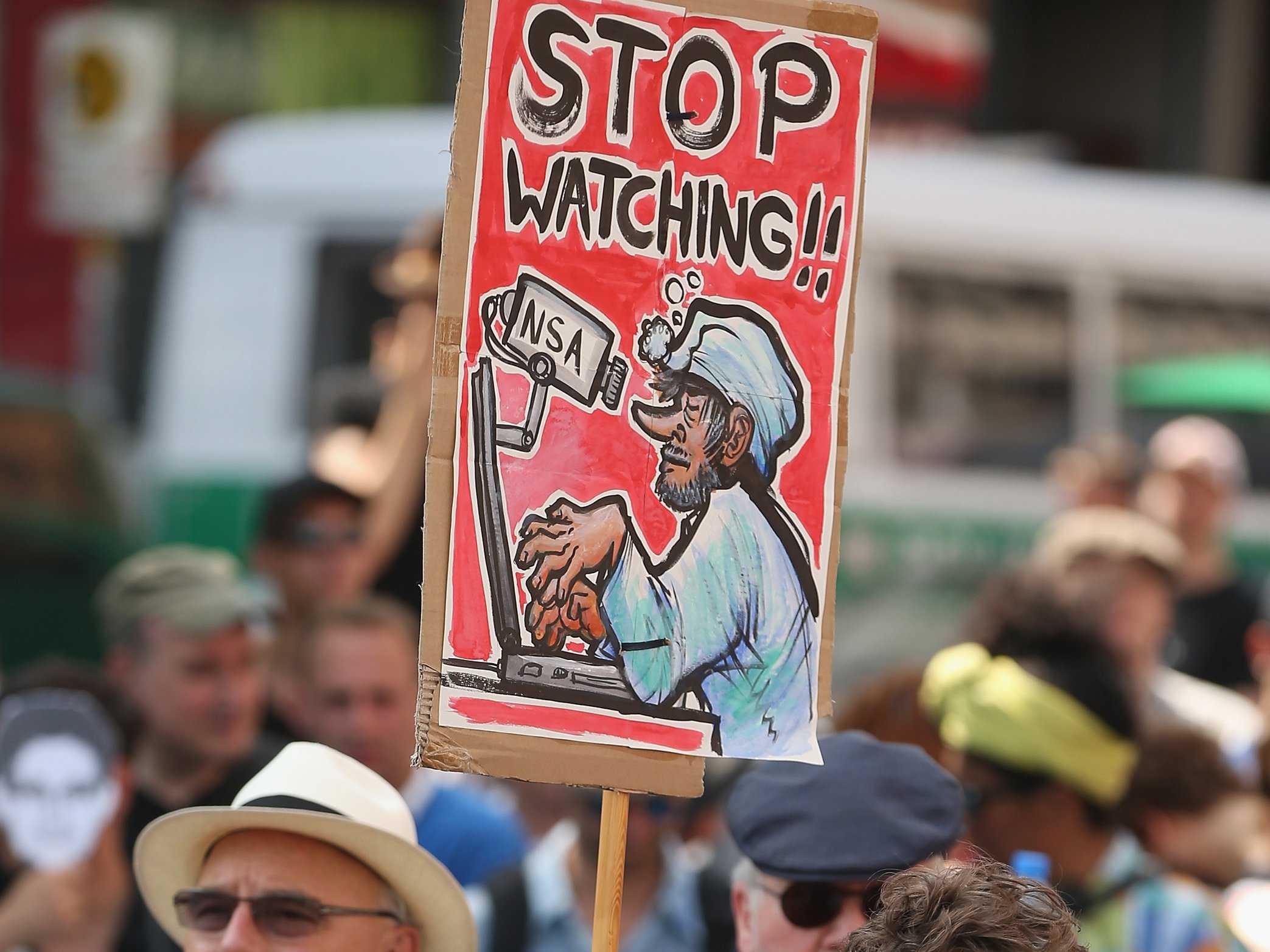 Teens also use quite sophisticated means to manage privacy, relying on social coding rather than the more formal means available to them through, for example, a site’s privacy settings. This is often in the form of ‘in-jokes’ that people will ignore or not understand unless they are part of the intended recipient group. Another form of coding is the use of ‘Vaguebooking’ where an intentionally vague Facebook status is used such as ‘Why would you do this to me?’. This is meant to prompt friends to ask what is happening rather than having to post detailed information up front. As boyd puts it: 'The point is to allow access to the content but zero access to the meaning', with the significance only being accessible to a select group of peers.
Another key way that teens manage their privacy is to separate their online connections by using different networks. When teens feel they have too many of a particular circle of friends or have family members on some social networks, they divert to other networks to gain some privacy and to feel more able to express themselves more freely. So it is an increasingly common pattern for teenagers, as they get older, to start to find their Facebook presence overpopulated by family and too wide a circle of friends, so they start to migrate to sites which more naturally exclude others such as Twitter or Snapchat.
How mistakes happen
Despite teenagers’ best intentions, the extent to which they live their lives online means that they are more vulnerable than other groups to privacy pitfalls. Further, their age means that their judgment is not always as developed as that of their older counterparts, which can lead to poorer decision-making.
One area in which this plays out is time discounting. In an ideal world we trade off short- and long-term costs and benefits in a balanced manner. In reality, we all place much greater importance on the short rather than the long term. But young people, unsurprisingly, are more susceptible to this, as are people who are in an emotional state or who are distracted. So the short-term excitement of posting something inappropriate is way more important than the long-term consequences; we are all vulnerable to this but teenagers more so than others.
Another area concerns the ‘illusion of privacy’, again not something that is limited to teens but one where they are more vulnerable. Somewhat perversely, research has found that the finer the privacy controls and hence the greater the sense of control on any online site, the more likely people are to share sensitive information with larger audiences. We find that most teenagers are overoptimistic about the degree to which they have understood and made appropriate use of online privacy settings so they are therefore in greater danger of placing inappropriate information to a wide audience.
But perhaps most important is the notion of ‘coherent arbitrariness’. In most spheres of decision-making we tend to look to our environment for cues on what the appropriate response should be. Quite subtle and unconscious cues can arbitrarily influence our behaviour. For example, asking people for the last two digits of their credit card can impact valuations of a bottle of wine. But then we quickly adapt, using our estimate of the price to drive coherence, framing future decisions about other bottles of wine. This is exactly the way that attitudes to privacy work. Most people do not really know what their preferences are relating to privacy but quickly frame the appropriateness of their behaviour based on changes in the way their peers are managing their online privacy. So while there may only be a minority of teenagers that fail to safeguard their online privacy, this can quickly become the new norm within the teen population.
But are attitudes changing?
As teenagers’ apparent lack of care around online privacy is used to justify widespread reductions in privacy safeguards, we are entering a period where the dominant culture is an expectation of pretty much no privacy online. Google CEO Eric Schmidt said, for example, that privacy isn't important, and if you want to keep something private 'maybe you shouldn't be doing it in the first place'. But, of course, whenever there is a dominant cultural shift we see the emergence of alternative subcultures. As Dick Hebdige points out(3), a subculture is a subversion to normalcy, bringing together like-minded individuals who feel neglected by dominant societal standards, allowing them to develop a sense of identity. 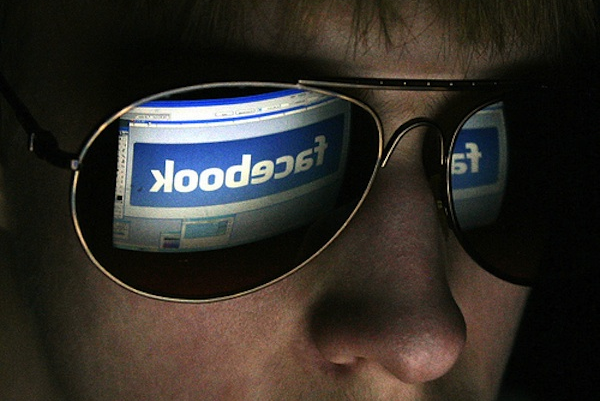 This is exactly what is happening with privacy. We are seeing the rise of an increasingly vocal subculture that resists the increasing erosion of privacy and questions the business models that have been built around the mass-scale disclosure and processing of personal information. Interest groups such as Docracy (which logs changes that companies make to the T&Cs that we sign up to for online services), and the Electronic Frontier Foundation (which campaigns against invasions of privacy) are part of this subculture. Behaviours are rapidly changing, with large numbers of consumers now using ad-blocking software and apps that analyse the activity of other apps on smartphones, assessing their privacy risks. Attitudes are changing, with the vast majority of consumers saying they find online targeted advertising ‘creepy’ and claiming they are more likely to give their business to brands that they consider use their personal data in a responsible manner.
The reason why teenagers are relevant to this debate is because their relative powerlessness means they are often a key driving force of emerging subcultures. And given that teenagers are so reliant upon the ‘digital publics’ for most parts of their lives, privacy is an absolutely key issue that can adversely impact this group. Our research shows that teenagers’ attitudes and behaviours towards privacy are starting to harden to the extent that there is a very strong probability that we will start to see the emergence of an influential teenage subculture that questions brands’ ever-more opaque use of their personal data.
So what should brands do?
Brands need to have a fundamental rethink about the way in which they use personal data if they wish to avoid a consumer backlash, driven by those with the greatest vested interest – teenagers. We believe there are some basic steps that any brand needs to consider:

Colin is managing director of GfK Business and Technology [email protected]. This article was taken from the March 2014 issue of Market Leader. Browse the archive here.