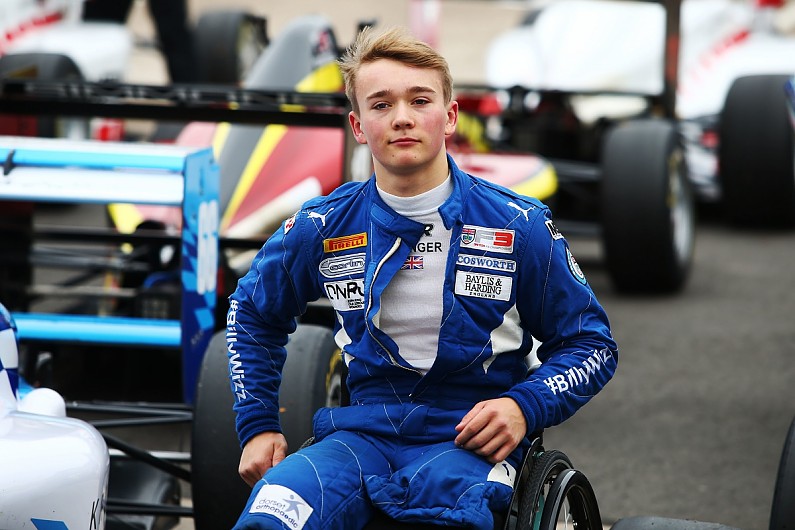 From a life-changing accident to winning races again, Billy Monger’s story is starting a new chapter as he aspires to reach Formula 1.

A successful young British driver with race winning success in Ginetta Junior and British F4, Billy Monger’s life changed forever on 16th April 2017. After making contact with an unsighted, stationary car at over 120mph during a British F4 race at Donington Park circuit, Billy was left with life-changing injuries and received amputations to both legs.

Despite the huge personal challenges that lay ahead, Billy wasted no time in setting out his goal to return to motor racing in the future.

Fuelled by an outpouring of support from the motorsport industry and the wider public, Billy embarked on his remarkable journey to a different future.

In a car specially modified by Carlin, Billy made his return to racing in March, 2018, in the British F3 Championship, a series that has fostered drivers such as Aryton Senna, Jean-Eric Vergne and Daniel Ricciardo.

Taking part in the first qualifying session of the season,less than a year after his horrific accident, Billy placed his Carlin British F3 car fifth on the grid. Billy went on to finish an incredible third and walked onto the podium.

In a programme that has so far been funded and under written by Carlin, we are now looking for partners and sponsors to make Billy’s dream of continuing in the junior formulas a reality and helping him develop into a Professional Racing Driver.

The remarkable story of teenager Billy Monger, one of Britain's most exciting young racing drivers, who in April 2017 was

Billy Monger: Against All Odds

In April 2017, a rising star of motorsport, Billy Monger, suffered a tragic crash at Donington Park. As a result of