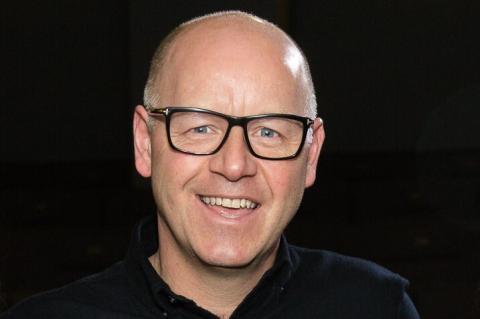 Craig started his career in 1992 as a marketing graduate trainee at Thomson Holidays. Craig joined Virgin in 1997 as a Product Manager in their fledgling rail business and after launching thetrainline.com, he rose to become Sales & Marketing Director of Virgin Trains.
He joined John Lewis in 2008 as Head of Brand Communications, became Marketing Director in 2010 and joined the main Board as Customer Director in 2015, leading c.600 people across all aspects of the end to end customer proposition and taking P&L responsibility for all digital channels (c.£2Bn annual turnover).
He presided over an overhaul of the retailer’s customer and marketing strategies and the brand went from strength to strength under his tenure. Perhaps most famously, he moved the John Lewis brand to a more emotional positioning and their many campaigns have become the benchmark for effectiveness, driving brand success and market-beating commercial performance, as well as numerous awards including multiple Cannes Creative Lions, the Cannes Lions Effectiveness Grand Prix, the Marketing Society Brand of the Year twice, the Marketing Society Award for Long Term Marketing and the only brand to ever win the much coveted IPA Effectiveness Grand Prix twice. John Lewis was also recently voted Campaign’s Advertiser of the Decade and scooped the Campaign Big award for Consistent Creative Excellence in 2019.
In 2018, he led the rebrand of both John Lewis Partnership brands to become Waitrose & Partners and John Lewis & Partners, putting the business’s much admired staff right at the heart of the customer proposition. After 12 amazing years, he decided it was time to move on and left the Partnership in April 2020.
Craig has been non-executive Chairman of the Marketing Society since 2018. He leads the fiduciary Board and governance committees and works with the Executive team to develop the organisation’s global strategy, as well as being a speaker at key events.
Outside of work, Craig is generally busy with his four kids in Ealing, West London and loves running, cycling, golf and snowboarding.

How to Thrive Globally - From Good to Great

According to recent research, British-based brands are in crisis and being outperformed on the local and global stage.

How to Thrive Globally - From Good to Great

British-based brands are falling behind on the global stage. How do you achieve growth greatness again?

Insights from your Industry

Innovating the creative process at speed

A Global Conversation: 27 May

After the success of our inaugural conversation, we bring together leaders from each of our hubs once again

Google: Out of Office Live

As part of Google's Out of Office series, hear live from agency trailblazers on growth, disruption, diversity and more.