The robots are coming

Presenting the case for copywriters vs robots. Who is best at speaking your consumer's language?
By Vikki Ross
Empower

The robots are coming. Aren’t they?

Then we got nervous. What will it do? What will it be capable of? Will it be more creative than us? Will it replace us? Is this the future of advertising? And then we saw the TV ad it made.

Erik Oster at Agency Spy said, “It seems safe to say our robot overlords won’t be taking over the ad industry anytime soon.” Even Shun Matsuzaka at McCann – the agency that built the robot – said, “Honestly, it was a major blow.”

Two years later, and the industry press got us all excited once again and it seems, forgets all about McCann’s AI Creative Director and the ad it made, and announces that another ad is actually the first to be made by a robot. Marketing Week reported, “Lexus creates the world’s first advert made by a robot” and Campaign reinforced the fact that a robot had made an ad, saying, “This is the Lexus ad that no human created.” Here it is.

Looks pretty good, right? Because a robot made it, right? Roby Clymo at TechRadar reported, “The storyline itself along with the script was concocted using AI in a collaboration between technical partner Visual Voice, IBM and creative agency The&Partnership.”

It was made by a load of people too. But the industry press continued to praise the work with plenty of commentary on how beautifully shot the ad was. Well, it would be – it was filmed by Kevin MacDonald, an Oscar award-winning filmmaker.

As for the story – the writing, David Griner at Adweek said, “While shot beautifully and compellingly by Macdonald, the spot’s script with disjointed ideas form a storyline that’s less of a narrative than a series of checked boxes.” In summary, Griner said, “In terms of Copywriting and overall creative, it’s not a stellar ad.”

They tweeted, “We forced a bot to watch 1000 hours of Burger King commercials, then asked it to write a few of its own. Here’s the first one.”

And here it is.

Funnily enough, we didn’t see the other ads the Burger King robot wrote, and we haven’t seen any other brands using robots to make their ads since.

Why? Because robots can’t write ads.

Ladies and gentlemen, the robots aren’t coming because robots aren’t Copywriters. But why can’t robots write Copy? McCann, Lexus and Burger King all programmed their robots with the data they’d need to create a story, so what went wrong? Well, to tell a story – an interesting and inspiring story – we need more than data because an effective story – a story that compels consumers to feel something and even more importantly, do something, like buy our products – relies on something far bigger and far more important than data. Think about it. When we tell a story – when we write Copy – it comes from our mind, body and soul. I Googled, “How do I make a robot?” and found that to make a robot, I need all of this:

And that’s what’s missing – that’s why robots can’t write Copy that will engage us humans. We’re programming robots with data but as author and journalist Steven Poole says, “Writing is not data, it is a means of expression and a computer program has nothing to express.” Steven continues, “Until robots have rich inner lives and understand the world around them, they won’t be able to tell their own stories.”

That’s it – that’s what’s missing from a robot’s capabilities.

Remember this from Mad Men?

That’s how we create effective communications with our consumers – by using personal experiences and telling stories filled with emotion. It’s emotion that helps us appeal to our consumers’ hearts and minds. Emotion is what gets our consumers to believe in us, trust us and most importantly, buy from us.

As cognitive scientist Paul Thagard says, “Human emotions depend on our physiology.” What we’re made of. He continues, “Because robots are made of metal and plastic, it is highly unlikely that they will ever have the kinds of inputs from bodies that help to determine the experiences that people have.

Harrison’s dad Alex worked closely with the agency and the charity to write an ad that would shock people into taking notice – and acting. A story like this can only really be effective if it’s come straight from a real-life experience – and straight from the heart.

It was covered heavily, not just in industry press but in national news and most importantly, the charity received an increase in donations because it appealed to the consumers’ emotions and provoked a reaction.

But us humans don’t have to just rely on sadness to tell effective stories that’ll make an impact.

Emotions are so many things. Fear, anger, joy, surprise, delight. We can draw on any of these emotions to instinctively tell stories, show compassion, offer advice, and tell jokes but robots can’t instinctively – or otherwise – do any of these things. As Purdue Polytechnic’s Professor Julia Taylor says, “Anything that is inherently human is always very difficult to translate into a computer.”

In 2017, Janelle Shane, an Optics Research Scientist, programmed a robot to write jokes.
She plugged in over 43,000 jokes using basic joke structures and here are some of the jokes the robot wrote:

What do you get when you cross a dinosaur?
They get a lawyers

Why was six afraid of seven?
Because he doesn’t have a birthday

Seeing that this approach wasn’t working, Janelle tried programming the robot to answer common joke questions but it couldn’t answer any:

Why did the chicken cross the road?
To screw in a light bulb

How many engineers does it take to change a light bulb?
A star an alligator
And because they are bees

As Bill Bernbach says, “Creativity is the last legal unfair advantage” and we can use that advantage against the robots because they don’t have instinct – human instinct – natural instinct, so they could never be silly, have fun and write lines like “Stop looking at my bottom” on the base of an Innocent bottle and they could never get smart and play with sentence structure like Apple’s “Light. Years ahead.” 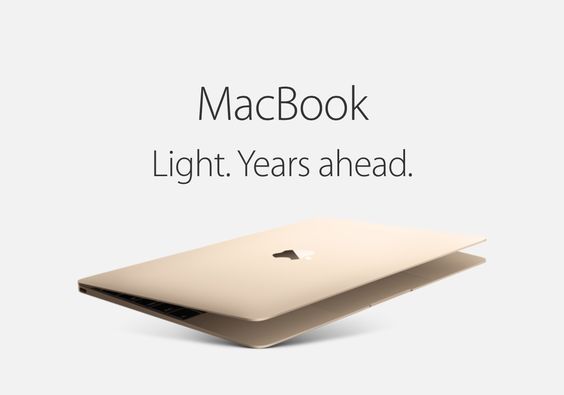 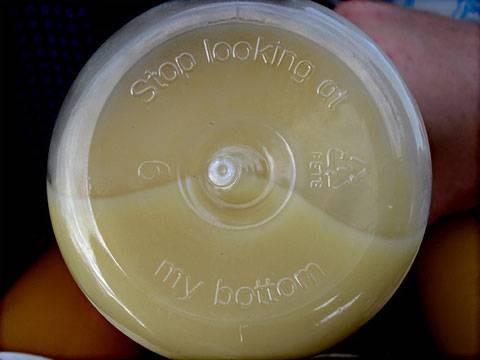 These are things that make consumers smile.

And make them take notice. They make our consumers nod knowingly. Even better, they make consumers like us as brands, and when they like us as brands, they believe us and trust us – and spend money with us. So the only formula that’s ever going to work is not Business to Business (B2B), or Business to Consumer (B2C) but Human to Human (H2H) or Person to Person (P2P).

Until robots take over our planet, we’re always talking to people – consumers.

But just to double check on my job security, I put it to the test on the BBC World News site. I entered “I am a Copywriter” but it didn’t know what a Copywriter was so I tried entering “I am a… Creative” and I guess all of our jobs in Advertising are so blurred these days that we fit into a grouping of “Advertising accounts manager or creative director.” We’re all just interchangeable to robots, which gives an insight into what the outcome of this highly intelligent test will be.

This article was taken from issue 2 of Marketing Society members-only publication EMPOWER. Find out more here and see past articles here (please note some articles are open to the public and some are for members only.) 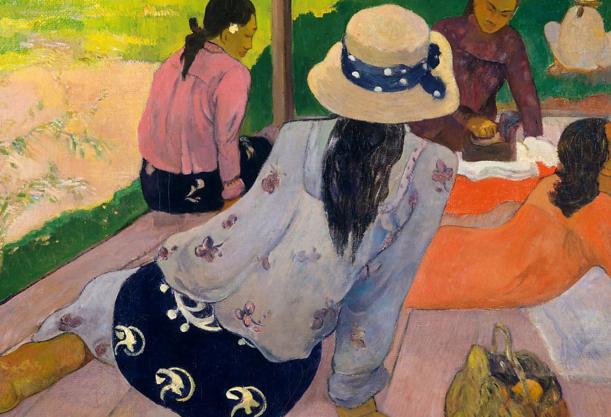 Bold moves: the path of most resistance 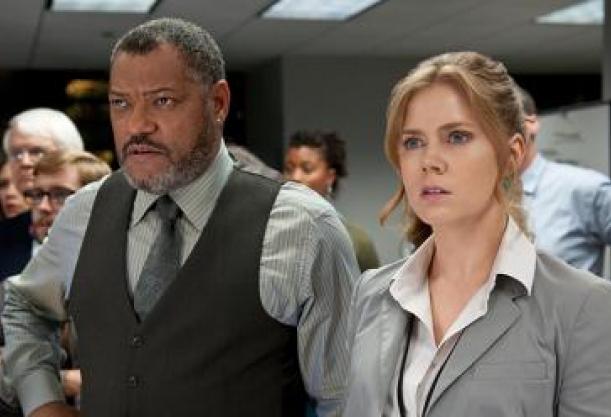 Copyediting, line editing and the other kind 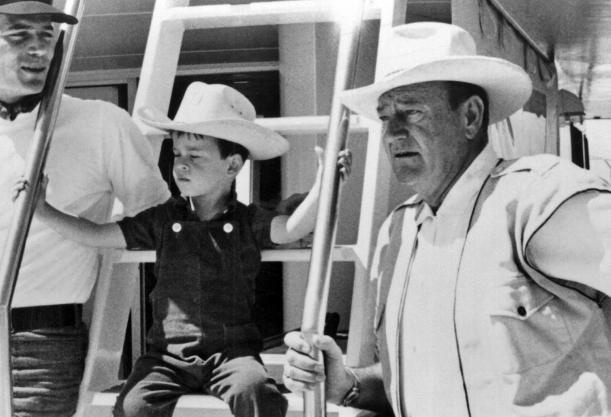 Putting the b into bravery