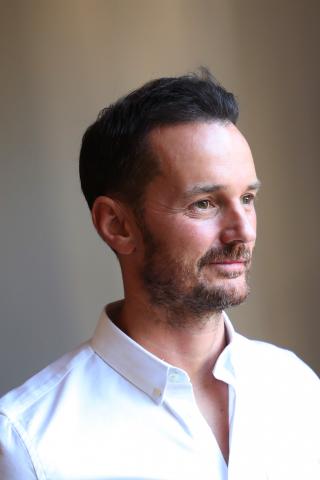 Prior to Blackcircles.com, Michael started his career in tires aged 15 in Liverpool England as a tire installer with a local independent tire dealer before starting his first online tire business 2 years later in 1995 after being made redundant. He subsequently sold that business to UK fast fit chain Kwik Fit where he was hired as the group’s first head of ecommerce in the lead up to Ford’s £1 billion acquisition in 1999. He subsequently spent a few years between the UK and US assisting the Ford group with their ecommerce execution.

In 2016 during a brief period out of the tire industry he founded and now chairs fashion retail startup Atterley.com, a global network of fashion boutiques who benefit from the consolidated Atterley platform and consumer engagement front end.

In 2019, Michael turned his attention to the US tire market with his new venture, Tirescanner.com. The website serves as a platform for brick & mortar tyre retailers who are looking to compete with pure players for a share of the US online market. With an initial launch in Florida in 2019, Tirescanner.com has gone on to build a national network showcasing the very best of brick & mortar retail stores and mobile installation vans across the United States. The US tire replacement market was valued at $42bn (USD) in 2019.

Michael established The Welch Trust in 2015 focusing on supporting children & young people in need of adoption and fostering, as a fostered and adopted person himself, as well as kids with critical and terminal illnesses. The Trust has recently built its first ‘The Welch Learning Centre’, a school computer and library service for children in Bail Indonesia. Welch also sits on the board and is a Patron of The Princes Trust, the principal charity of HRH The Prince of Wales.

Michael was awarded an OBE (Officer of the British Empire) by the HM Queen Elizabeth ll in 2016 for services to business and charity. He was also honoured as a Dr of Enterprise from Edinburgh’s Napier University.

Digital Day is a key date in The Marketing Society calendar.

As part of our commitment to accelerating your expertise