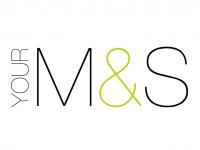 Marks & Spencer has put sustainability at the heart of its business.

M&S is one of the UK’s leading retailers, selling clothing, food and homeware. In 2006 the company became determined to put sustainability at the heart of its business. It set out to transform every aspect of the company, from sourcing products to relationships with suppliers, shoppers and the wider world.

To succeed, it would have to change the attitudes and behaviour of every one of its 25 million shoppers. Since its inception it has passed through three distinct steps. The first step, ‘Look Behind the Label’ raised awareness and approval of a whole range of initiatives — and the brand itself.

The second step, ‘Plan A’, involved a more thorough reappraisal of M&S, and set out a five-year plan involving 100 commitments. After only a year, it had reached many of its goals and achieved significant recognition from opinion leaders. But it still didn’t change the average shopper’s behaviour.

It was the third step, ‘Doing the Right Thing’, that accomplished this by ‘normalising’ the aims of Plan A and expressing them in a way that seemed right and proper to mainstream people. In a relatively short time the measured attitudes of a million shoppers had changed, moving from a passive, defeatist approach towards a more actively sustainable, optimistic one.

For well over a century, and long before words like ‘sustainability’ entered the vernacular, M&S had been quietly practicing a whole range of ethical business practices. For example:

But times had moved on. By the early years of the 21st century things had reached the point where, without drastic action, it would be hard to imagine any kind of decent future for forthcoming generations. For M&S it was time to do something more about sustainability.

In 2006, it took a long, hard look at its ethical and sustainable activities as a whole, and set out to ‘move them up a gear’ and to gather support behind them. Its aims were to change the business from root to branch, and through this to help change lives and, in as far as it was able, to do what it could to help change the world for the better. This was never going to be a quick fix.

Nor, realistically, was it ever going to be something that could be fully achieved completely, or to everyone’s complete satisfaction. A journey is the best way of looking at it. By the end of 2009 it had been a journey that had passed through three distinct steps. Each step moved M&S and its partners towards a better place — although there was still a long way to go, and there probably always will be.

Listening to the customers
A number of studies had been conducted into what consumers thought about sustainability and the environment, and, broadly speaking, they coincided. Generally, 20% didn’t care and weren’t interested. The rest (80%), said they did care — to some degree — and to some degree thought that being ‘green’ was the ‘good’ or ‘right’ thing to do.

However, only a minority (10%) actively went out of their way to do something about it. The main bulk said they might do something if it was easy and didn’t involve making sacrifices (35%) or that they didn’t see what difference it would make anyway (35%) (Figure 1). Making millions of shoppers less defeatist, and more willing, was never going to be an easy task.

Embarking on a long journey

The first step was about raising awareness and encouraging approval. For socially and environmentally-aware consumers ‘Look Behind the Label’ drew attention to a range of things M&S was doing, from sourcing Fairtrade to environmentally-friendly textile dyes (Figures 2 and 3).

This programme resulted in increased awareness and approval of M&S initiatives, particularly among opinion formers and the ethically-aware.

But the company felt there was more to be done. ‘Feel good’ awareness and approval among people who are already concerned about ethics and the environment was a good thing, but it didn’t always translate into tangible change in the world. What needed to be done was to move people from just feeling something to actually doing something — from awareness and approval to engagement and commitment.

The next stage was about engaging and attracting commitment. In 2007, after a process involving stakeholders both from inside and outside the business, M&S set out its new plan: 100 commitments, in five ‘pillars’, to be accomplished in five years. It was called Plan A because, the argument went, there was no Plan B. It was to encompass all of the big issues in the business and across the entire value chain. The end of all this would be a transformation of M&S itself, its business practices, its relationships with customers and suppliers and its dealings with the world at large. Few, if any, major retailers had ever done anything like this before.

The pillars of Plan A were:

Plan A had to be much more than a ‘feel good’ campaign. It required engagement and commitment from M&S itself and from customers. It meant making difficult decisions. People who had become accustomed to getting as many plastic carrier-bags as they liked for free would suddenly find themselves having to bring their own shopping-bags from home (like their mothers used to do) or else pay 5p a bag. They would be expected to see the point of it, and think it a good thing, rather than a rip-off or a nuisance.

The achievements of the initial phase of Plan A were notable because it began the process of bringing about tangible change, including:

In addition, recognition from opinion-formers continued to grow. Not only did the company receive a whole range of environmental and ethical awards but it managed to get significant opinion-former involvement in the Plan A Climate Change Quilt project. Over 5,000 people contributed to the website, including message patches from Twiggy, Myleene Klass, Jemima Khan, Geri Halliwell, Tom Aikens, Philip Glenister, Noemie Lenoir, Zac Goldsmith and Sir lan Botham, as well as top executives from charities such as WWF and Oxfam.

But there was more to be done. Plan A had created extremely high levels of engagement and commitment among both staff and internal audiences and ‘Green Crusaders’, while it made people in general feel better about the company. However, what it didn’t do was to get enough mainstream customers to change their attitudes and behaviour significantly. A lot of people still didn’t understand Plan A. They suspected that the 5p carrier bag policy was a cunning way of benefiting M&S — despite the fact that the profit was donated to an environmental charity. More needed to be done to change mainstream attitudes and behaviours.

This was about going mainstream and getting to those people who weren’t the active, committed Green Crusaders and who felt happier being comfortable, fitting in and doing what’s generally considered to be normal, acceptable and right. But ‘normal, acceptable and right’ is a moving standard. Twenty years ago people sat with their children in buses and train carriages filled with a thick fog of cigarette smoke and no-one thought twice about it. Twenty years ago, people bought battery eggs, and anyone who made a fuss about free-range was thought to be a bit odd.

2008 awards and recognition for Plan A

2009 awards and recognition for Doing the Right Thing

M&S needed to find out how to:

The ‘normalising’ idea, when it came, came from consumers themselves. In research, the same phrase kept coming up time and time again: Doing the Right Thing. As in, “l just want to do the right thing.” There are any number of people who might, or might not, decide to take part in something called ‘Plan A’, but there are very few people who don’t want to be seen to ‘do the right thing’.

To put it another way, the thrust of the argument behind the campaign changed from objectivist (“It’s a fact that we need to deal with these issues.”) to approbationalist (“All right-thinking people think this is a good thing to do, and they’d feel good about you for doing it.”).

This made it feel a lot more friendly and normal. Then there was the job of making it seem not just normal and friendly but desirable, and for this there was a deliberate communications policy of always using ‘Doing the right thing’ in combination with examples of the benefits and pleasures offered by M&S quality (Figures 4 and 5).

This third stage resulted in the following achievements:

M&S set out on a journey whose aim was to build a better business that improved lives, changed attitudes and behaviour and made the way we live better and more sustainable. Although it is a journey possibly without end, the first three steps achieved remarkable results.

The Oxfam Clothes Exchange programme
This was the UK’s largest clothes recycling initiative. Customers were encouraged to donate their old M&S clothes to Oxfam, in return for which they got a £5 voucher. People felt virtuous for having done the right thing, pleased with their £5, and good about M&S quality after learning that the clothes they donated had a high value to Oxfam on account of being so well-made and long-lasting.

Entries for the 2013 Awards for Excellence are now open, now is the time to choose the category you would like to enter.