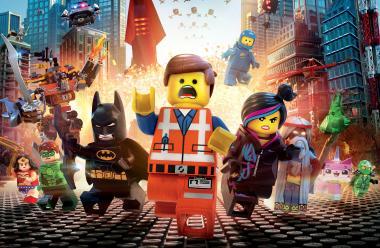 For the UK theatrical launch of Warner Bros.’ The LEGO Movie, there was a clear challenge. The movie had no existing cinema heritage, known characters, or previous franchise knowledge to help it gain traction pre-release. This made it easy for cinema-goers to dismiss it at first glance, as ‘a kids movie about toys’. In order to deliver a successful box office performance, it was key for them to engage a ‘grown-up’ audience - enough to get them to see the film.

The key to achieving this lay in understanding and harnessing grown-ups’ powerful childhood memories of LEGO, and combining them with the best of Hollywood entertainment - a strategic approach they called ‘LEGO-tainment’.

Replicating the experience
To launch a movie in which the whole world is made of LEGO, they created a branded content idea which replicated that experience in media - by turning an everyday part of ‘grown-up’ life completely into LEGO.

The most successful
The break was described by YouGov as the most successful it had ever tested and it delivered an ROI of almost £6:£1 in incremental box office to the movie’s opening week takings.