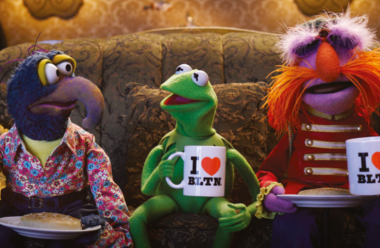 Last year, a new book leapt onto my list of essential reading for marketers. It joined Byron Sharp’s ‘How Brands Grow’, anything by Les Binet and Peter Field, and Bob Hoffman’s ‘Marketers are from Mars, Consumers are from New Jersey’. The new book was media columnist Michael Wolff’s ‘Television is the new television: the unexpected triumph of old media in the digital age’. While I’m not a fan of the phrase ‘old media’ (TV is permanently, constantly new), the sentiment of Wolff’s book said something about TV in 2015.

It was indicative of a mood swing.

There was greater recognition that, yes, TV is changing and that a part of that change is less linear viewing, but it is in great health, existentially unthreatened by new technologies – capitalising on them in fact – and as central to people’s lives as ever.

It was a similar story for TV advertising in 2015. This was summed up by a fine article in the Financial Times by Ian Leslie – ‘How the Mad Men lost the plot’ – in which he examined how marketers had been seduced by the shiny and new only to discover it wasn’t the magic they had hoped for. Meanwhile TV continued to be the most effective form of advertising.

Read the full report below and see more from Thinkbox in our Clubhouse.