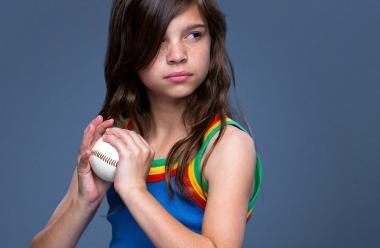 Our creative insight was that gender stereotypes are so ingrained in our culture, they are even part of our language. The expression ‘like a girl’, in fact, tends to be used, in every language, as an insult to tease somebody who is weak, over-emotional or useless. Changing the negative meaning of a sexist expression was a powerful idea. It may seem like an insignificant thing. But at a moment when identities are already very fragile, words can have a devastating effect.

To demonstrate this, we created a social experiment, holding a fake casting call with young women and men, boys and young girls. They were all asked to do things 'like a girl', for example to run or fight like a girl. The results, captured on camera, were astonishing and proved our point better than we could have ever expected.

Women, boys and men all behaved in a silly and self-deprecating way, acting out the insulting stereotype. But when the prepubescent girls were asked the same questions they reacted completely differently. They ran and fought and hit as hard as they could, with confidence, pride and incredible self-belief. They had clearly not been influenced yet by the 'rules' that define womanhood and were simply being themselves. For them, doing something ‘like a girl’ meant doing it as best as they could.

The video, shot by the award winning filmmaker Lauren Greenfield, was carefully put together in order to take viewers on an emotional journey. You go from laughter, to surprise, to anger, as you realise how language can affect the way girls perceive themselves. You end in tears, when the older girls realise that they have been sucked into a cultural cliché and they are given the chance to do it all again, this time just being themselves.

Getting #LikeAGirl out in the world
We had a powerful insight that resonated universally, and one piece of content able to bring the whole story to life. Hence we decided to focus solely on the video, and maximize views and reach.

As we wanted to affect culture, we harnessed the power of social media. We chose YouTube, or similar channels in countries where YouTube didn't exist, as the main vehicle, given its ability to drive mass awareness. The video ran as a pre-roll, accompanied by paid Facebook and Twitter posts, paid reach and influencer outreach.

To drive engagement and participation, we leveraged the hashtag #LikeAGirl, which appears at the end of the video, as a call to action, and asked women to tweet all the amazing things they do ‘#LikeAGirl’.

A team was set up to respond in real-time throughout the launch. This created a community of people, inspired by a common cause.

A #LikeAGirl page, hosted on Always.com, was also created to serve as a campaign hub and give women the opportunity to engage in conversations around the topic.

Finally, a 60 seconds version of the video was aired during the 2015 Super Bowl.