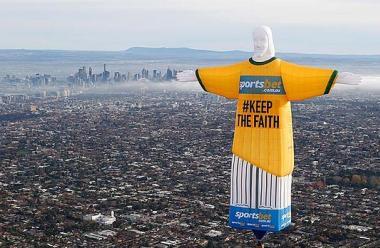 1. Telus’ interactive urinals
Canadian telecom company Telus took live streaming to a whole new level in this football themed experiential installation. To promote its Telus 4GE mobile network the phone provider placed seven pressure sensitive pissoirs in bars across Toronto. The interactive urinals are linked to a digital screen showing Telus’ trade mark Panda standing guard in front of a goal.Full-bladdered football fans can use their stream to control the angle of the ball in a virtual penalty shoot out. The object of the game is, unsurprisingly, to score as many goals as possible.

Apart from being a cheeky pun on the notion of ‘live streaming’ this campaign certainly hits the spot when it comes to Telus’ target audience of young affluent drinkers. 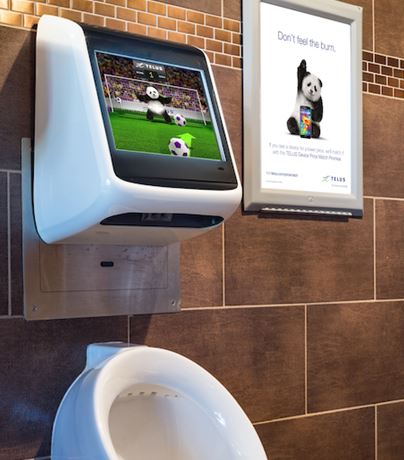 By aligning itself thematically with the World Cup, the brand cleverly gains cache by association but without the marketing spend. What it lacks in sophistication this experiential activation certainly makes up for in novelty and talkability and it’s sure to create a splash with millennial men everywhere.

2. Paddy Power’s Amazonian prank
Telus wasn’t the only company taking the proverbial with a campaign capitalising on Brazil 2014. UK betting giant Paddy Power kicked off a social media storm with what appeared to be a monumentally insensitive viral marketing push. As the tournament began in Rio, the web was awash with what appeared to be aerial photos of an area of Amazon Rainforest chopped down to spell out a giant message in support of the England World Cup squad.

The brand began to trend on Twitter, provoking outrage and abuse with Paddy Power continuing to fan the flames before admitting, via another cleverly photo-shopped mock up, that the campaign had been a hoax. People who followed the Twitter and Facebook trails discovered that the controversial stunt was in fact an awareness-raising exercise in support of the deforestation of the rainforest.

This guerrilla marketing campaign proved an unqualified success with 160,000 people visiting the Paddy Power website within 24 hours. Few brands would have the confidence to willingly make themselves unpopular however briefly. But Paddy Power’s ability to manipulate the sympathies of social media users paid dividends and all in a great cause too! 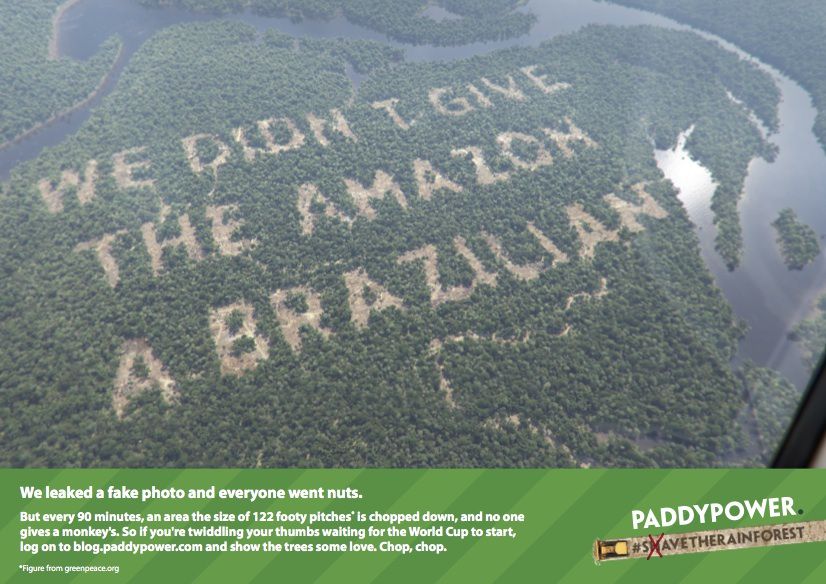 3. Sportsbet’s inflatable statue
Paddy Power isn’t the only bookmaking brand to have courted controversy in the build up to the World Cup. Australian bookies Sportsbet polarised opinion with their giant balloon in the shape of Rio’s Christ The Redeemer statue.
Some critics thought that using the statue to cheer on the Australian team and promote a money back option on World Cup games was a step too far. But in terms of reinforcing the brand’s edgy image and generating coverage across the globe this experiential stunt was a gamble that paid off. 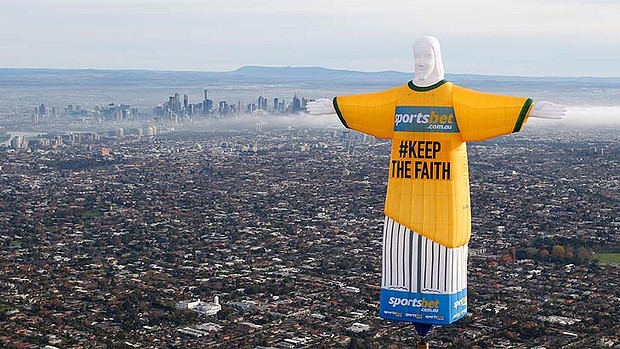