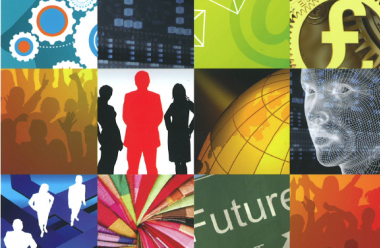 Account planning began in two London agencies over 40 years ago. As most people working in advertising or marketing today were not even born in 1968, it is worth remembering that not only were there no PCs then, there were not even pocket calculators; that while the internet did not exist, neither did colour TV in the UK. But no changes since then have perhaps been as important for the advertising world as the two big shifts in ad agency structure: the virtual disappearance of the commission system, and the total separation of the media and creative functions.

The ad agencies into which account planning was born were basically media-buying businesses, making their comfortable and predictable incomes from media commissions. Most other services, creative or strategic, were funded by commissions, and served to attract and keep the accounts. In the 1950s, agencies had developed market research and strategic services among these added extras but, by the 1960s, advertisers were building their own marketing and research departments. This left the agencies with the choice of either abandoning these functions, or refocusing them. Stephen King at JWT and Stanley Pollitt at PWP (later BMP) both took the view that the tools of research and strategy should be central to the ad agency's offering. Therefore these resources needed to become more central to the ad development process, and more focused on the goal of making marketing communications more effective. 'Media planning' had already emerged as a strategic, evidence-based approach to making media decisions – this attitude was to be extended to embrace the creative product as well, and the name 'account planning' was coined by analogy.

Account planning in its origin, then, was not an additional resource, but a redefinition of existing departments. It's clear from their writings, however, that for both King and Pollitt this was much more than a simple streamlining of a complex organisation. It was in fact a radical manifesto for reinventing the advertising agency around one dominant principle – that of effectiveness. As Pollitt put it, this was 'more important than maximising profits, more important than keeping clients happy, or building an agency shop window for distinctive looking advertising' (Pollitt 1979; Lannon and Baskin 2007).

Put like that, this high aspiration is just as revolutionary today as it was then – most obviously because it upsets the traditional balance of power in the ad agency between the account director (who owns the client relationship) and the creative director (who owns the product). Now a third power needed to be accepted – the account planner, described in the early days both as 'the voice of the consumer' and 'the account manager's conscience'. Pollitt envisaged every account team as based on this triumvirate, who would work together with equal power, though admittedly in a state of 'creative tension'.

At the same time, the original blueprint for the account planning function differed from much established market research practice, dominated by an obsession with quantification and objectivity, which others were already finding inappropriate in the social sciences. King and Pollitt were all in favour of rigour and numbers where possible, but, equally, believed that you could not understand people unless you gave equal weight to qualitative research and more subjective impressions.

A final key ingredient in the account planning vision was the importance attached to understanding better how advertising worked, a question that has huge implications both for measurement and the campaign development process. Based on rigorous studies of the evidence, King and his colleagues especially began to articulate new models of advertising quite different from the simple, one-way message-transmission thinking of Rosser Reeves. They began to suggest that, as King put it, 'most advertising aims to intensify or lessen people's existing predispositions. It is not trying to drive something new into their brains.' Brand relationships and emotional responses were more important than rational propositions, and research methods based on concepts of recall or conversion were criticised.

These four ideas – the agency commitment to business outcomes, the centrality of consumer understanding in campaign development, a broad epistemology of research, and an open-minded curiosity about how ads work – constitute, in my view, the core of the account planning manifesto (Feldwick 2007). Forty years on, there are two questions I should now like to discuss:

1. To what extent has account planning in agencies fulfilled its original, radical vision and promise?

2. How far do these ideas still make sense today, in an agency world whose business model has changed fundamentally, and in which creative and media are separated?

On the face of it, account planning has been a success. Most agencies have planning departments, though not always under that name, both in the UK and elsewhere. Many very talented people have worked in these departments and made major contributions to successful campaigns, as well as contributing learning and ideas to advertising theory and research. The IPA Advertising Effectiveness Awards papers now present substantial evidence of account planners' contributions over the last 30 years, and are themselves an invaluable resource to the world of advertising. Winston Fletcher (2008), in his excellent history of UK advertising since 1950, even argues that, without account planning, creative agencies would already have ceased to exist given the departure of media. This would be planning's victory narrative, and it would be churlish to underestimate its strength.

Seen against the original vision, however, it's possible to take a less triumphant view. Most account planning departments are relatively small in numbers, and lack equal power with account management and creative. Chris Hackley's research (2003) shows planning relationships with the rest of the agency frequently unhappy and conflicted. Nor have ad agencies been conspicuous as thought leaders in communications, allowing research companies to take the intellectual high ground. More original thinking has been published by ex-planners (e.g. Adam Morgan, Mark Earls, Robert Heath) than sponsored by agencies themselves. The models of advertising (and the processes derived from them), which King and Pollitt criticised, are still the dominant ones (Feldwick and Heath 2008). Despite the great achievement of the IPA Effectiveness Awards, agencies' daily practice is still far from being driven by a commitment to business outcomes. Indeed, agency cultures and processes have remained remarkably unchanged over 40 years, despite the fundamental changes in their business model.

Whichever of these two judgements you prefer, it is undeniable that an awful lot has changed in 40 years, and the question of what we are to make of account planning as an idea today is both legitimate and relevant. Here is my attempt at an answer – and whether or not you agree with it, I suggest the question deserves attention.

The creation of marketing communications in organisations can easily become confused and conflicted by politics, by fear of failure, by structural barriers to learning, by the contradictions between the need for humanity and creativity, by the organisational pressures for rationality and control, and by many other things. These problems will not go away, but for me the core principles of account planning still offer the most reliable guide to focusing on what really matters, and how we should apply our energy most usefully to the task.

However the media landscape or society change, it seems to me that these ideas remain centrally important – perhaps, in times of change even more so, because they force us back to first principles when we can easily be trapped in habitual behaviours that no longer work. It might even be objected that these principles are statements of the obvious – and, in a way, that is fair comment. But it is far from obvious that these principles drive the everyday practice of communications agencies today.

It is one thing to talk of principles, but what of practice? In 1968 Pollitt and King had clear and practical ideas about what all this meant for agency processes, systems and structures. Today this is far more problematic, because of the changes that have taken place in the agency business. Whose responsibility is it, today, to ensure the effectiveness of the campaign? Is it that of the creative agency, the media agency, the research agency? Or maybe the digital agency, the direct response agency or any of the other specialists? Does it have to stay firmly within the advertiser's own organisation? Does it have to be all of the above, and, if so, how can conflict and duplication of effort be avoided?

Another set of questions involves the reward structures that will motivate a commitment to effectiveness, to research and to improved understanding. The commission system may have had many failings, but it ultimately rewarded the agency that both kept the account and grew the business. Agency-client relationships tended to be stable over long periods, allowing agencies to take a long-term view of what would benefit the client's business. So far no remuneration system has been devised for agencies that does not create distortions – even payment by results, appealing in theory, has proved very hard to operate in practice. Cost plus systems actually reward wasted time; few agencies today have either the incentive, or available resources, to become more efficient or effective.

All these issues are symptoms of a business that has become unnecessarily fragmented, that lacks a sustainable business model, and that nevertheless continues to exhibit many of the same processes and cultural norms that it did 40 years ago. If Winston Fletcher is correct in saying that only account planning is enabling 'creative' agencies to survive, the present situation cannot continue unchanged. I would not want to forecast how it will resolve itself, but it seems inevitable that it will, and that this will involve some kind of 'rebundling' of the functions of creative and media, brand and direct, broadcast and online media, which are now fragmented. But, however this evolves, and whether or not 'account planning' survives as a name or as a separate department, I would like to hope that the core principles behind Stephen and Stanley's Big Idea will be an important part of the solution.