Are you a diagonal thinker?

Are you a diagonal thinker? 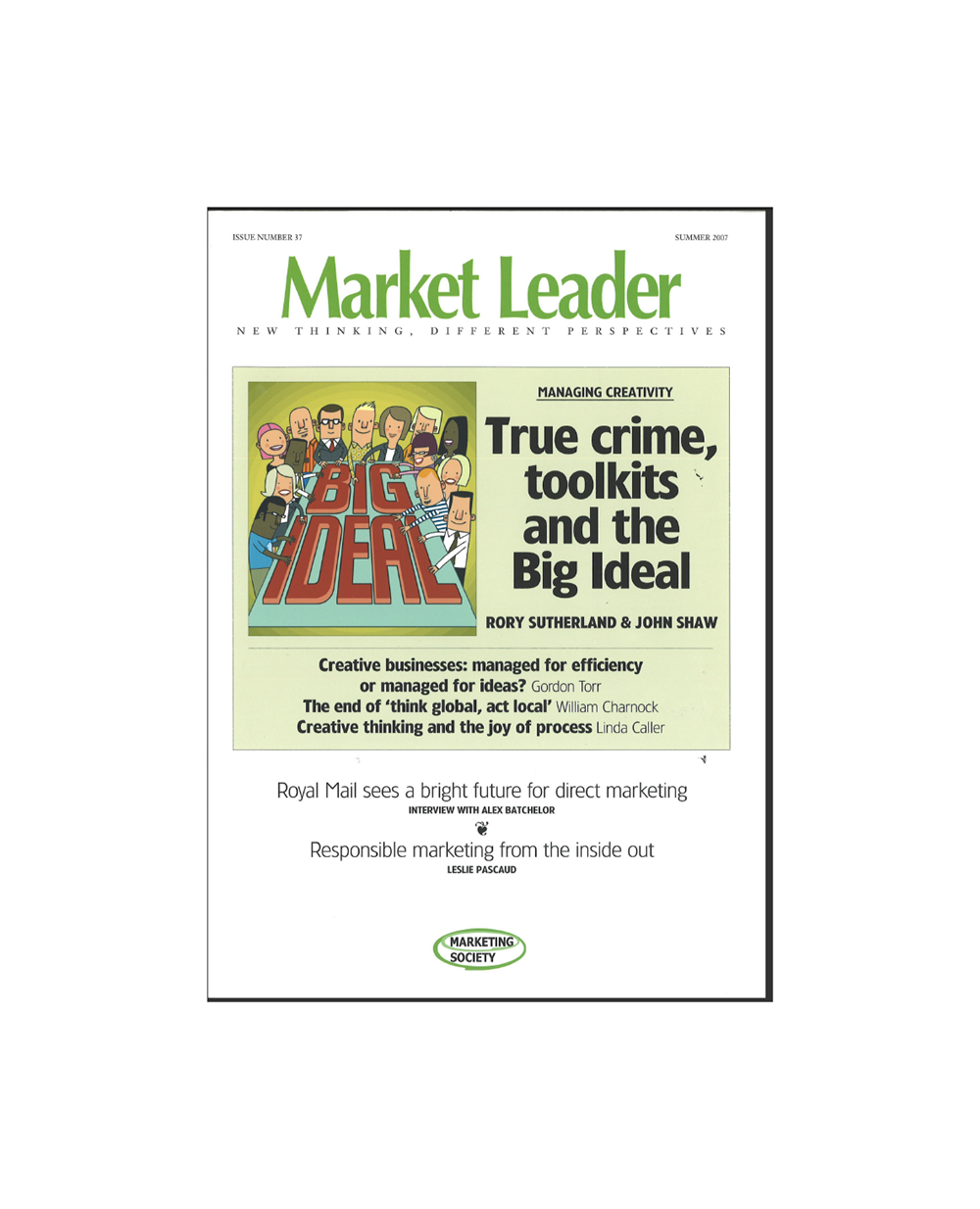 What do many of the most successful people in Adland have in common?

The IPA, working with John Gage and Sarah MacPherson of management consultancy AgencyPeople, is two years into a research study designed to identify what features are shared by people (from all disciplines) that make it to the top in the advertising business; we call it the Diagonal Thinking project.

If the Diagonal Thinking hypothesis can be proved, and the results to date suggest it can, the IPA hopes to use the insights to build better working relationships between clients and agencies, attract creative talent from a more diverse range of social, educational and ethnic backgrounds, and nurture this talent more effectively once recruited.

WHAT IS DIAGONAL THINKING?

The Diagonal Thinking study, supported by Creative & Cultural Skills, has its origins in the observation of the background and behaviour of some of the most creative people in the agency side of the marketing community. These people were observed to have a number of characteristics, which are sometimes thought to be contradictory, but taken together produce a potent and successful mix that is especially apposite to working in an agency.

In Edward de Bono's 1967 book The Use of Lateral Thinking, he described his four principles of lateral thinking as the recognition of dominant polarising ideas, the search for different ways of looking at things, a relaxation of the rigid control of vertical thinking, and the use of chance. He also declared that once an approach is chosen it should then be 'pursued with the full vigour of vertical thinking'. De Bono therefore enshrined the division between 'lateral' and 'vertical' thinking, which has remained largely unchallenged ever since.

Indeed other writers, such as Daniel Goleman with his notion of 'emotional' as opposed to 'practical' intelligence, and the plethora of work on the 'left' versus the 'right' brain, have all continued to reinforce this dichotomy.

Our hypothesis is that there is a third way in which the top brains in commercial creativity work, namely 'diagonal' thinking. These people tend to show great attention to detail, but have a broad range of interests; they can be highly logical but link ideas hitherto seen as remote from each other; they want to do work that is creative, but want it to have a practical impact too.

A pilot study of five industry 'greats', drawn from among those unanimously perceived to have made an outstanding success of their career in the creative, account planning, media planning, media buying, and account management disciplines, supported this hypothesis.

So how might you spot that you are a diagonal thinker? Such people combine linear thinking with lateral thinking, as well as some key behavioural attributes. These include the strength of character to stand by your convictions; a love of change; a disinclination to follow rules set by others and a tendency to take decisions based on feelings as well as logic.

So what are the components of Diagonal Thinking and how are they measured?

Linear thinking is defined as the ability to reason analytically and logically, to read or hear some factual information and draw the right conclusions.

In the IPA research it has been measured by asking participants to complete a critical reasoning questionnaire that's widely used across industries. They produce their 80 answers by reading passages of information on everyday occurrences and answering questions such as:

'Can this statement be inferred from the previous passage?', 'What can be deduced from this statement?' and 'What is the strength of this particular argument?' You probably have high linear thinking skills if:

By contrast, lateral thinking is about creating new ideas and making links between ideas that were not previously connected. In the research, lateral thinking is measured using another widely accepted test in which participants are given eight scenarios or problems and asked to think of as many answers or ideas as they can in four minutes per scenario.

Lateral thinking skills are evaluated against three aspects of creativity: fluency, (the number of relevant ideas produced) originality and dimensionality (the range and number of different types of ideas produced).

In summary, you probably have high lateral thinking skills if:

As for the observed behaviours of high performers, these are measured through the completion of a normative personality questionnaire.

Participants are asked to respond 'true' or 'false' to 170 or so questions around their behavioural style, such as 'I wonder whether people who seem well disposed towards me are in fact hostile in my absence' and 'I value people who express their feelings freely.'

You might exhibit behaviours that support creativity if you agree with the following statements:

HOW CAN THESE TOOLS BE USED?

The test could help brand owners to select agency partners with similar or complementary creative styles.

In established relationships, client and agency teams could compare their creative working styles to aid mutual understanding, address areas of conflict and build on more productive and enjoyable working styles.

Once this talent has joined the agency or client side of the industry, the insights gained from profiling could be used to help develop skills further, and gaps in employees' thinking styles could be identified. It is increasingly believed that attributes once thought of as fixed, such as critical reasoning, are capable of development.

Finally, the behaviours associated with creative thinking can be enhanced by increasing awareness and explaining how to display little-used behaviours more often.

It's interesting to note that a piece of research conducted completely independently of this project by Marilyn Baxter has come to very similar conclusions on what makes for success in agencies. Her report, Magic and Logic, establishes that creativity and rationality are not mutually exclusive but coincident in the very best practitioners, whether they are agency, client or procurement professionals. (See Andrew Melsom's review in Market Leader, Winter 2006.)

ARE YOU A DIAGONAL THINKER?

As well as sharing some insights from the research programme, the IPA and AgencyPeople are offering the chance for three marketing directors, drawn from the membership of the Marketing Society, to measure their thinking and behavioural style against the unique Diagonal Thinking assessment method to see whether the best marketers are as creative as their agency counterparts.

The first three marketing directors drawn from the names of all those who make contact via [email protected] will be offered the opportunity to take the assessment, at the IPA and AgencyPeople's expense. Everyone else who responds will be invited to attend the launch of 'Diagonal Thinking' when the project has been completed.