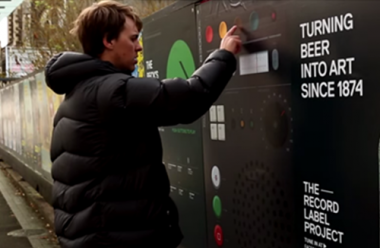 This week, he takes a look at Beck’s latest experiential activation, a touch-sensitive, playable music poster.

The posters use conductive ink and have touch sensitive sensors, as well as built in speakers, and there is also a camera fitted above the machine to record reactions:

Similar posters such as this Spotify powered interactive music poster and Schwartz’s Feel Flavour Sonic poster have connected the idea of touch and sound, but Beck’s’ new release takes the ‘playable’ concept the full nine yards and is being hailed as a world first.

As well as promoting themselves, Beck’s are also promoting local musicians and the Music Foundation with this innovative experiential marketing campaign. 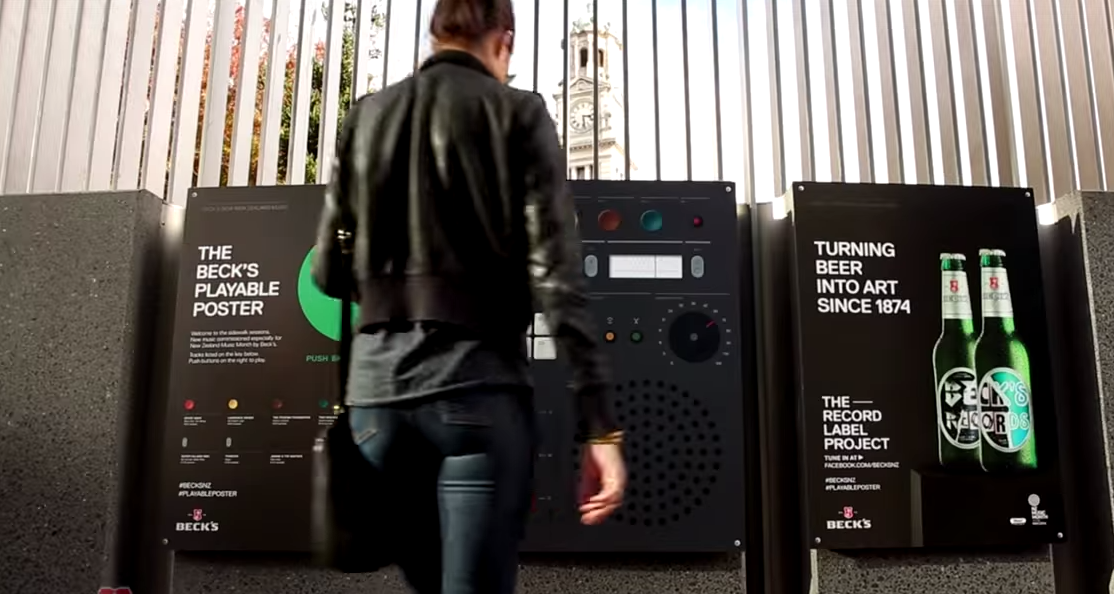 This poster ticks all the boxes for great brand experience as it has the interactive element, as well as consumer engagement and innovation.

The 10 tracks, which are by kiwi artists such as The Phoenix Foundation, Lawrence Arabia, and Little Bark, are available as free online downloads for a limited time. While the remixing element is great because it adds an extra dimension of engagement, maybe Beck’s could have taken this one step further, perhaps by letting people upload their own poster-created remixes online?

This isn’t the first time that Beck’s have come up with a musical marketing campaign and last year they invented the Beck's Edison Bottle. Here grooves of a ‘single’ were carved into a Beck’s beer bottle which could then be played using a specially designed device.

I do like a well executed outdoor marketing campaign, and over at BEcause we think that Apotek’s interactive hair-raising subway poster is pretty swish, and we couldn’t help but love SNFC’s larger than life billboard campaign last month.