Counter-signalling or signalling: it’s all about status 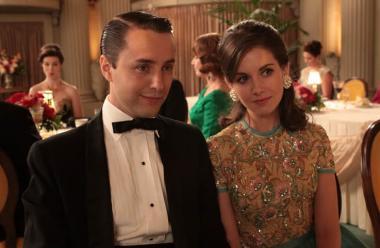 Narrowing down the best things Jeremy Bullmore has ever said will never be easy – but among his finest aperçus belongs a single sentence he dropped in passing during a lunch 10 years ago, so the least I can do is record it here in print.

'There is a world of difference,' he remarked, 'between turning up at a black-tie function in your day clothes because you have chosen not to get changed and turning up to the same event in a suit because you can’t afford a dinner jacket.' The first creates a kind of self-satisfaction from an act of mild defiance, the second may arouse unavoidable feelings of shame or humiliation.

How easy is it to ignore dress codes?

That depends on who you are. If Sir Martin Sorrell turns up in a suit, no-one will assume for a second that this is the result of a clothing shortage. If you are a creative person or a Planner, again people will generally assume you are doing so through choice. For a Junior Account Executive, however, the decision isn’t quite so easy. (It is also fair to say that conspicuously dressing down seems to be a luxury confined to men.

Women, for whatever reason, no matter how high their professional status, cannot easily abstain from sartorial competition. This is why the D&AD Awards evening often resembles a Duchesses and Dustmen theme party.)

What is going on here?

Well, first of all, it is worth recording one vital point – that there is a very big psychological difference between doing something by choice and doing the same thing through necessity. There are countless examples of experiments in behavioural economics which illustrate this. Someone who has chosen to sit in window-seat 38K on an aircraft will be much happier with his position than if he is simply allocated the same seat. This seems a rather important finding. I have frequently suggested that organisations as varied as hotels, telephone companies and the NHS could synthesise a great deal of contentment if they would occasionally offer even quite trivial choices to the people in their care.

But, perhaps more important still, what I did not know about until a couple of weeks ago is that there is a scientific name and a body of research around this whole area of conspicuous non-consumption. The behaviour is called countersignalling and it is confined – so far as anyone knows – exclusively to human beings. There are no records of really cool peacocks deciding to display small, dowdy brown tails.

Apparently, once you understand signalling and game theory, this behaviour in humans makes a lot of sense. In a paper entitled Too Cool for School? Signalling and Countersignalling, authors Nick Feltovich, Richmond Harbaugh and Ted To explain it as follows.

“In signalling environments ranging from consumption to education, high-quality senders often shun the standard signals that should separate them from lower-quality senders. We find that allowing for additional, noisy information on sender quality permits equilibria where medium types signal to separate themselves from low types, but high types then choose to not signal, or countersignal. High types not only save costs by relying on the additional information to stochastically separate them from low types, but counter-signalling itself is a signal of confidence that separates high types from medium types. Experimental results confirm that subjects can learn to counter-signal.”

They go on to elucidate. Apparently if you…

Yup, they rather lost me at that point. But a simpler way to express it might be as follows. Dukes would rather wear dungarees than Dolce & Gabanna. Dukes, you see, aren’t remotely afraid of being mistaken for agricultural workers, but they are a bit afraid of being seen as wealthy arrivistes. This is why the behaviour of people at the top of society often peculiarly resembles the behaviour of people at the bottom. Or, as a taxi driver remarked to my brother-in-law when driving through Shoreditch: “What is it with this place? It used to be all Cockneys here; now it’s just rich people pretending to be tramps.”

What’s the importance of all this?

Environmentalism, that’s what. I think we have to ask a very tough question here. How much conspicuously green behaviour (from Boris Johnson’s bicycle to the stream of Priuses outside the Oscars) is really just old-fashioned status-seeking in disguise? Does this even matter? I think it does, because it suggests that the green behaviours cherished by the elite are unconsciously beloved by them precisely because people just below them on the social scale find them almost impossible to adopt.

Countersignalling, like the 1970s aftershave Denim, is “for men who don’t have to try too hard”. But there is a big difference between cycling to work because you want to – and doing so because you can’t afford a car.

Read more from Rory Sutherland, Vice-Chairman of OgilvyOne London and Ogilvy Group UK. This review was taken from the June issue of Market Leader. Browse the archive here.