Defending the budget in difficult times 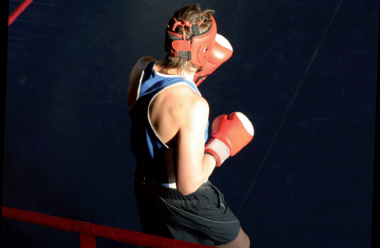 Marketers need to defend against potential cuts in marketing budgets and must better explain the case for marketing expenditure in austere times.

Most studies confirm that advertising and promotional expenditures in recessions produce ROI, contributing most to earnings in the year of expenditure, but also beyond – up to three years for consumer goods and two years for industrial products. (Interestingly, this effect does not happen with services.)

When we do get an increased ROI for B2C or B2B, there are several reasons:

Firms that manage to increase marketing spend and do proactive marketing during a recession, leading to increased business performance, share a number of characteristics.

They have a strategic emphasis on marketing, an entrepreneurial culture, slack resources (ie resources that are in excess of the minimum necessary to produce a given level of output, such as underutilised human resources, unused production capacity, excess cash resources), and strategic flexibility, which is the ability to rapidly redeploy resources to adapt to changing circumstances.

There are some brandspecific factors that could help marketers persuade their CFO to release more money. For example, if the brand enjoys money-saving points of superiority, or if it has a balance-sheet advantage over rivals and thus competition is unable to respond to aggressive marketing increases, or if the brand can demonstrate the value of quality and has a large market share.

CFOs unfortunately have their own arguments for reducing marketing spend. Here are the key objections and arguments to refute them.

"If you lose the argument and have to cut your budget, take a scalpel rather than a meat cleaver"

Two arguments are difficult to refute, namely: ‘media costs reduce in a recession’; and ‘we just don’t have the money’.

However, if you lose the argument and have to cut your budget, take a scalpel rather than a meat cleaver by: shifting from 30- to 15-second ads and using cheaper radio rather than TV, especially for reminder advertising; advertising jointly with a brand in a different product category but same target segment; adapting or extending existing campaigns rather than commissioning new ones; and trying to consolidate advertising at a single agency to maximise media buying discounts.

Whatever the outcome of the budget battle, steps can be taken to improve the efficiency of a given budget in difficult times. For example, most consumers become more price sensitive during a recession, but this can vary by a factor of 13 by market and market segment. So, check before you start engaging in more and deeper price promotion. Also, think about using websites such as Voucher Cloud which can be highly targeted, flexible and time limited.

The product strategy challenge is to innovate at the right price. Breakthrough innovations can build firm value significantly, while small innovations preserve firm value. For example, Purex detergent brand is succeeding in getting core customers to spend more on their laundry even in thrifty times by adding an anti-static fabric sheet.

Finally, have the courage to be bolder and more creative. For example, Universal’s use of the most influential bloggers to promote their new Harry Potter ride, or caring for homeless people on the iHobo app, or Smirnoff Vodka Experience replacing conventional campaigns with a combination of brand events and parties and social networking sites to build a ‘movement’ around the brand.

Full references of all the studies are available from the author on request.