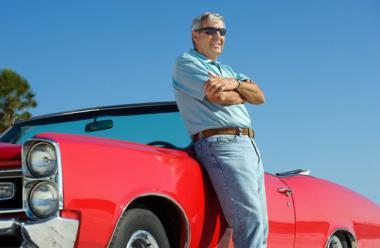 A long time ago, I spoke at a conference in front of 6,000 accountants. Like all good speakers, I had lovingly prepared my speech on the value of brands. I had thought about my accounting training, and had a serious and analytical presentation looking at the proportion of corporate value that was represented by intangible assets. I had studied FRS 10 and 11 (which cover Goodwill and Intangible Assets) and even their predecessor SSAP 22. I had also estimated what proportion of the corporate goodwill (or intangible assets) could be attributed to brands, and had prepared charts on the performance of branded companies over 20 years for the FTSE 100, FTSE 250 and the S&P 500; to stop the French and the Germans from feeling left out, we had also looked at the CAC and the DAX indexes. It was a lot of work, and was designed to convince a sceptical audience with rational and methodical analysis. I was the last speaker of the day, the only one who was not an esteemed accountant (although I do have a Mickey Mouse accounting qualification from the ACCA), and was now the only thing between my audience and a well-earned drink.

I was waiting in the wings and getting ready to go on stage when I had a sudden thought. If I didn’t think that this was how people made decisions (rationally and methodically), why did I think that I was going to convince my audience this way? I am not sure I would recommend this approach, but as I strode out on to the stage to the usual polite applause, I decided to change things.

The first thing I asked my audience was how many of them drove a car? 6,000 accountants politely raised their hand. I followed up this with an even simpler question – how many of them knew how to do investment appraisal? 6,000 accountants, all of whom were intimately involved in the arcane mysteries of Net Present Value, discounted cashflow, IRR and even the newly developed option valuation methods, politely raised their hands for the second time. I then asked them my third question – how many of them had done an investment appraisal using any method (pence per mile running costs, whatever, I really didn’t care) before they bought their car – likely to be the second most expensive thing they would buy after their house. Six very sad looking accountants in the front row raised their hands – and the other 5,994 had the decency to look mildly embarrassed.

That, I said, is branding. I did not care which car they drove, whether it was a £100,000 Porsche, a standard Toyota or a £500 car they bought off a second-hand car lot. The truth was that almost everyone in that room had made an emotional decision to buy their car. They had chosen with their hearts and feelings and many later told me that they had chosen cars that “said something” about them. What was even worse was that they had the skills (and indeed had already admitted to having them) to make a more considered decision. Most people are not accountants and do not understand discounted cash flow and just do not have the skills to do a pence per mile running cost analysis on their car. Most marketers know this is not how people make decisions – but they often struggle to advance this hypothesis in the boardrooms of the companies they work for.

This was over 20 years ago – and I was not yet aware of the work of Antonio Damasio and the great book Descartes’ Error, but the idea that we do not make precise, rational, analytical decisions was a hard one for marketers to win with many business colleagues. I am not going to talk about Phineas Gage or, even worse, about Somatic Markers and the guidance of behaviour (read the book – it is great) – but the reality is that all neuroscientists now agree that the human brain does not really work in a rational, analytical way. There is also a growing body of evidence that links emotions and memories. The learning for marketers should be to create positive emotions – through the products we make, the services we deliver and the ways in which we communicate with our customers. I am sure there is a lot more commercial value to be derived that way.

The belated learning for me is that this emotional approach applies just as much to how businesses make decisions. All marketers should think of that too the next time they are in the boardroom!

Read more from Alex Batchelor and Brainjuicer in our Clubhouse.