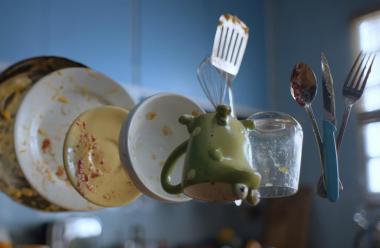 Everything is interesting (if you’re creative enough)

“There’s no such thing as a dull brief, just a dull writer”, so once said David Ogilvy. When I was younger I greeted this piece of wisdom with a hearty shout of “Bollocks”. But the more my career progresses the more I realise – along with a lot of other things – that the esteemed founder of my agency was spot-on.

I’ve lost count of the amount of eye-rolling I’ve got over the years off young(er) creative types or junior planners when confronted with a brief – that they haven’t read yet – for some sofa retailer, or b2b client, or (heaven forbid) a “global” piece of business. Lips have almost been worn out sneering: “Well, I’m not going to do the best work of my life on THAT client, am I?”. But I’ve come to see, in later life, that it’s these briefs that are the true test of agency talent.

And I’ve also come to realise that, just like Sir David said, briefs for clients of this nature are often simply used as excuses for lazy or less talented people to hide behind. After all, if you are writing or planning on one of the cool, sexy, much loved (and case-studied) brands with decades of great work behind them then quite frankly all you’ve got to do is not mess it up too much. It’s the less sexy categories and the less immediately obvious clients where the real greatness really happens.

As an example, my favourite piece of creativity of all time happened to be a three-stage direct mailer for Amex in the b2b space from the 90s, done by O&M Direct (as they were then). It was to convince retailers who had been previous rejecters of the card to think again, and was specifically created to address their prejudices head-on. In week 1, they received a beautiful hard-backed copy of Jane Austen’s “Pride & Prejudice” (no branding, no hard-sell) highighting potential objections. In week 2 they got an equally beautiful copy of “Sense and Sensibility” to list potential solutions to their prejudice(s). The final round gave them a copy of “Persuasion” to set up the call from a Sales Manager. It was beautiful, disgustingly successful, much lauded and awarded – and in the b2b Financial Services space. Last year, my previous agency mcgarrybowen won a Cannes Lion for an ad about a weedkiller (not exactly John Lewis or Honda territory, right?). And my favourite piece of work from the last two years – and certainly the one with the best thinking – was the stunningly brilliant TV work for Finish Dishwasher tablets. I hardly need remind you that this category was not known for it’s brilliant creative (quite the opposite, in fact) before W+K came along and showed that you can do brilliant work on anything as long as you are genuinely creative from strategy to execution.

The key to doing brilliant work on anything for anyone is, as I’ve said before, simply to be socially relevant. Find the conversation that is going on that you can join that’s bigger than the advertising, and find an interesting way to join it. No one cared about butter before Lurpak came along and redefined a category forever. No one wanted to talk about soap but everyone now wants a conversation about self-esteem, thanks to Dove. Yellow Fats and Soap would hardly have topped the list of aspirational categories/briefs until someone brilliant (and not lazy) came along and showed it was possible. How many people would have said that price comparison websites were a fertile area for creativity before meerkats and twerking businessmen changed the game?

So stop moaning about that brief you’ve got to write about a pension provider, or an indigestion tablet, or an air freshener. To be quite honest my Gran could probably write the next Nike World Cup ad, but turning out true brilliance on a global accountancy software management system. Now that’s one for the truly creative mind.