Get ready for the "new normal"

Get ready for the "new normal" 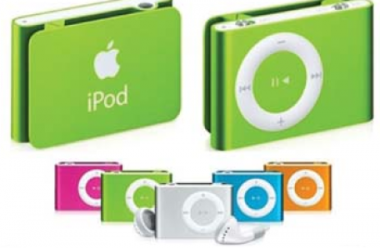 'Credit crunch', 'downturn', 'recession', 'unemployment' – open a newspaper today and these are the words that leap off the page. When cash is tight, people and companies are only too happy to turn to cheaper alternatives. Firms with a strong brand are somewhat protected, but it is becoming clear that, in many sectors, people and companies are willing to give up well-known brands and premium quality for 'good enough' quality and lower prices. In many industries, low-cost competitors are winning, while their traditional rivals are sailing on very turbulent seas.

Discounters like Aldi and Lidl are rapidly gaining market share in many markets, while their more upmarket counterparts, such as M&S and Waitrose in the UK, are lagging far behind. The same trend can be seen in the airline industry, where Ryanair increased its number of passengers by 7% in the first quarter of 2009 while the three major flag carriers in Europe saw their intra-European passenger counts drop by between 6 and 9%. And the same can be said for almost every industry from B2C to B2B.

WELCOME TO THE 'NEW NORMAL'

Some 'wealthier' customers visiting an Aldi for the first time in their lives are probably a little embarrassed about shopping in a discount store. However, their discomfort is somewhat mitigated when they read in the newspaper that an independent consumer research organisation reported that Aldi's and Netto's mince pies were better than the more expensive ones at upmarket rivals. Now they are 'smart' shoppers, not cheapskates. 'Geiz ist geil' (stingy is cool), as the Germans would say.

Premium brands often forget that price is only part of the value proposition of the discounter. In addition, shopping at Aldi-type stores speeds up and simplifies the whole shopping process – convenient locations and parking, relatively small stores, less choice, no encouragement to hang around, and a much lower tab at the end. Shopper expectations going into an Aldi or Lidl are often low, but these expectations are frequently exceeded. The reverse often happens when shopping at upmarket stores.

These are smart, innovative competitors, who should not be underestimated. Many of the customers that start shopping at the discounters out of necessity will stay when good times return. Some of the market share that is lost to the discounters will be permanent.

Many executives wonder when business will return to normal. It won't. The world is resetting and there will be a 'new normal', where low price competitors will occupy a more prominent position in many markets.

Economic downturns can provoke knee-jerk reactions. As demand softens and some customers start defecting to lower-cost rivals, companies may feel pressured to reduce prices. In an attempt to maintain margins, both service and support may also be reduced. If this cycle is repeated two or three times, a company can find itself stuck in the middle – between the premium players who did not indulge in mindless price and service reductions and the truly low-cost rivals. The result is that the company is not meeting the needs of any significant segment of customers.

Judicious cost cutting works only if a company really knows which elements of its product and service package are creating customer value, and which are not. By intelligently cutting back, it can reduce costs while retaining customers.

Traditional companies have three fundamental options for responding to low-cost competition. The first is battling their low-cost rivals head on; the second is trying to escape from them by having better-performing products or services; and the third is trying to build deep, enduring and value-creating relationships with customers so that they are less focused on price.

In the last recession, B2B marketer, Dow Corning, launched Xiameter, an internet-based business unit that offered product-only solutions to customers who were willing to buy in large quantities with relatively long lead times and who did not need technical support. Xiameter was well positioned to deal with the company's low-cost rivals. The other Dow Corning business units continued to offer a more extensive range of silicone products bundled with extensive technical support at premium prices. The Xiameter and Dow Corning business units shared a common manufacturing and IT infrastructure to maximise the synergies.

In many cases, however, the best solution is for the low-cost business to be totally separate from the premium part of the business. Even then, it is very difficult for a successful premium player with a low price business unit, to beat, or even contain, its low-cost rivals. The cultural chasm between the two types of business is too wide.

Apple, with iPod and iTunes, is a good example of a company with an iconic brand that has managed to distance itself from commodity MP3 player competitors by building a highly integrated and easy-to-use solution for customers. Most consumers perceive Apple's products as being demonstrably better than competing offers. In many industries, Apple's success in staying ahead of low-cost competitors is difficult to duplicate. Today, so much of the technology, expertise and even brands in many product categories can be bought or licensed on the open market. This allows low-cost competitors to rapidly close many of the gaps with the premium brands. Any Chinese mobile phone manufacturer can license the same microprocessor cores from ARM Holdings as Apple does for its iPhone. An example is Techtronic Industries, based in China, which was able to acquire or license iconic power tool brands, such as Milwaukee and AEG, to strengthen its position in western markets.

NOW IS A GOOD TIME TO INTRODUCE NEW PRODUCTS AND SERVICES

Every cloud, even the current recession, can have a silver lining. Both Xiameter and the iPod were launched during the last downturn. At such times, it is often cheaper and easier to get the attention of customers because there is less advertising 'noise' and costs are lower. Many competitors are focused internally on reducing headcount and costs. Customers are under a lot of pressure and may be more open than usual to trying a new product, particularly one that promises to cut costs.

In business-to-business markets, customers may have more time to test and try new equipment or new materials. When times are good, production lines are running at capacity and nobody wants to lose sales while integrating a new material or equipment that may take time to reach its potential. In tough times, the lines are idle and the opportunity cost is zero. So, ironically, the worst of times can be the best of times to pull ahead of the competition, including the low-cost players.

Adrian Ryans is Professor of Marketing and Strategy at IMD in Lausanne, Switzerland and author of Beating Low Competition: How Premium Brands can Respond to Cut-Price Rivals (John Wiley & Sons, 2009).

Fig 1: Apple, with iPod and iTunes, is an iconic brand with a highly integrated and easy-to-use solution for customers