His name was Diversity...

His name was Diversity... 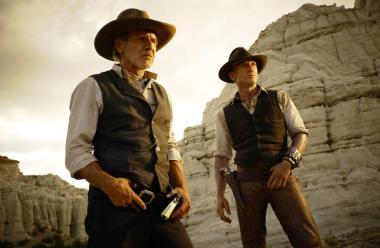 The middle of nowhere takes a long time to get to. Especially when it’s in Devon, and you’re in London. But it was worth it.

My eldest boy and I were doing a father/son weekend. We learnt how to make fire with sticks and built a bivouac that we slept in. We talked about what it meant to be a man in the 21st century, and what it meant to be a boy growing into a man. All without a note of primal scream therapy or home-made trousers.

One night around the fire, the chap leading the weekend was talking the boys through the importance of getting out of their comfort zones. 'Think of it as three concentric circles, like a dart board,' he said. 'The circle in the middle is the Comfort Zone. The ring around it is the Adventure Zone, and that’s where we’re playing this weekend. Because the more you play in that zone – and it can be uncomfortable, the bigger your Comfort Zone gets. And that’s a good thing, because that’s how you avoid lurching into the third ring – the Disaster Zone.'

It was great advice – for businesses as much as for boys and dads. A consensus is emerging that we need to encourage far greater creativity in the boardroom. It is, perhaps, creative thinking alone that, through fresh ideas and business reinvention, can ‘save the west’.

Creativity has many parents, but one of them is surely diversity.

The more ideas, things and people we are exposed to, the more we can make connections between those ideas, things and people and start to innovate. ‘Diversity’ was very trendy in the 1990s. It fitted the New Labour ‘inclusiveness’ zeitgeist and was trotted out, mantra-like, by civil servants. This generated the familiarity that bred the contempt, which is a great shame, because the true value of diversity is not in box-ticking or patronising minorities, but in getting access to the different lenses through which people see life. Diversity of thought – a readiness to encourage the different, the new.

An institutional ability to think different, to play in the Adventure Zone, is not only business-critical, but has always been the hallmark of great movements, ‘flowerings’ and civilisations.

Take the golden age of Islam, where the caliphs sought to fill their jasmine-scented courts with astronomers, doctors, mathematicians, physicists, philosophers and thinkers because they recognised that the technologies and truths that would emerge could strengthen their power and dominance. And dominate they did, not only geographically, from Spain to what is now Pakistan, but intellectually and scientifically from the development of algebra to the identification of smallpox and the design of the Alhambra.

Or take the Scottish Enlightenment, when James Watt, inventor of the steam engine, the economist Adam Smith, the pioneering chemist Joseph Black and the philosopher David Hume got together every week 'to inquire… to communicate knowledge and ideas to each other'. So powerful were some of those ideas that they went on to inform the thinking behind the creation of the United States.

Today, the melting pot that is California – synonymous with ‘the new’, spawning social media, Hollywood, a huge music business and more, owes at least part of its success to being a home to ‘refugees’ from around the world. It has made the last half-century its own, encouraging everyone, guru to geek, Huxley to Zuckerberg, to ‘go west’ and to contribute to California becoming the eighth largest economy in the world.

The more we seek challenge, the more we encounter fresh ideas and enrich our lives - intellectually, creatively and, probably, financially. The sum is greater than the parts: gesamtkunstwerk, as the Bauhaus director Walter Gropius put it.

On a corporate level, this is not about letting the loonies run the asylum or seeking consensus. It is the unapologetic preservation of self-interest and the growth of what we might call the corporate comfort zone.It’s about breaking out from the soulless groupthink and self-reinforcing homogeneity that did for Kodak, Blockbuster, HMV and many others.

It’s about having someone else get in the saucepan with you from time to time to say: 'One frog to another, you do know this water is scalding hot, don’t you?'

There’s any number of ways to do this. Take on non-executive directors from creative backgrounds, instruct advisory agents provocateurs, hire licensed free-thinkers. Engage with anyone who, possibly even by just ‘being there’, will help you look again at what is around you. The big decision for boards over the next few years will be the significance and calibration of the ‘C’ in C-suite. What is the true meaning of that letter in your organisation? Does it stand for creative or conservative? Challenge or consensus?

Make the wrong call, and the only remaining question about your business will be a strictly Devonian one.

Nick Jefferson writes a monthly column in our Clubhouse. [email protected] This article was taken from the June 2014 issue of Market Leader. Browse the archive.