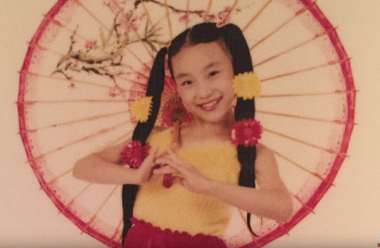 With each New Year come new trends, and new opportunities for brands to go viral. Creative Culture take a look back at their favourite 2016 viral campaigns from Hong Kong and China, and gives insight into why they saw so much success.

Satirical magazine 100 Most struck comedy gold last year when it held an ‘award show’ via its popular online video platform, TV Most.

Receiving sponsorship from Shell, the show was live-streamed for everyone to enjoy. It featured non-mainstream celebrities singing Cantonese pop songs with cleverly altered lyrics that satirised social and political issues in Hong Kong and across the region.

This tongue and cheek approach resonated with many young viewers who were discontented with the political landscape and appreciated the humorous approach. In this extract, an impersonation of Kim Jong-un, the supreme leader of North Korea:

Japanese beauty brand SK-II reached viral status with its Chinese campaign revolving around the culturally taboo subject of unmarried young women. ‘Sheng nu’ – which translates as ‘leftover women’ – is the Chinese term for women who have not married by the age of 27 and are pressured to get married by their parents and societal expectations. The brand’s emotional advert aims to empower ‘leftover women’, underlining the message that they can be proud of themselves. With over 2 million views, the advert sparked debates on the topic of ‘leftover women’ and gave much needed encouragement to those who had been categorised as such.

The emotional Chinese New Year campaign for P&G’s largest Global Personal Care brand, Safeguard, struck a chord with many families across the country. The campaign tagline, ‘Wash (your) hands before dinner’, is a not so subtle nod to the phrase ‘Xi Shou Chi Fan’ (‘Wash hands and have dinner’), which is commonly heard throughout households in China. By establishing this deeply cultural connection and telling the emotional stories of different individuals’ efforts to be with family for Chinese New Year, the films received warm reception and quickly went viral.

A first time for everything

In July 2016, the Singaporean financial services group DBS launched a new campaign targeting university students and recent graduates in Hong Kong. Teaming up with some of the market’s favourite Key Opinion Leaders (KOLs), the campaign commissioned one KOL to write a viral piece of literature on the theme of ‘first times’ and then took the literature and turned it into a video starring two other popular KOLs. By involving these individuals in their campaign, DBS Hong Kong instantly reached a larger audience through each KOLs’ dedicated online following.

While each of these campaigns differs greatly in its message, they all share one thing in common – they resonated on a personal and cultural level with viewers. While the viral success of each campaign is certainly something to be celebrated, what’s even more commendable is each brand’s effort to get to know their target market and to tailor their approach to reach the consumers as individuals.