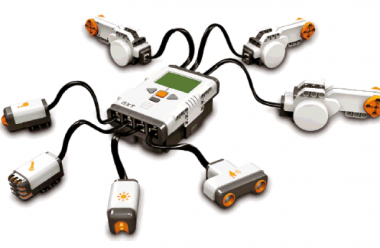 The shift in power between consumer and producer brought by the new technologies has implications for organisations and the control they have over their brands. Martin Kornberger uses the example of LEGO to explore how brand communities share innovation and organisation culture

When time magazine announced its Person of the Year in 2006, it was YOU – because that was when you started to generate content, watched each other's movies on YouTube, viewed each other's photos on Flickr, programmed your own personality in Second Life, became an instant expert on Wikipedia, and ran your own retail shop on eBay.

For the first time, technology enabled people to effectively challenge and circumvent the privileges of organisations as producers of content.

Since brands are the interface for the rapidly expanding conversation between consumers and producers, the result is a radical new configuration of production and consumption. The monopoly of organisation control is being subverted by the creativity of the networked community.

The consequences for organisations? 9.9 on the Richter Scale.

LEGO experienced first hand what the seismic shift implied. In 1998, the company released a new product, called LEGO Mindstorms. The heart of it was a yellow microchip that made all sorts of movements and behaviours possible. The product became an instant hit – within three months 80,000 sets had changed hands.

There was just one small problem: the buyers were not children, but adults. And that was despite the fact that LEGO marketed the product to children, not adults. Worse, these adults did not consume the product as the LEGO masterminds had anticipated. Within weeks, hackers from all over the world had cracked the code of the new toy and created all sorts of new applications.

Mindstorms users built everything from soda machines to blackjack dealers. The new programs spread quickly over the web and were far more sophisticated than the ones LEGO had developed. More than 40 guidebooks advised on how to get maximum fun out of your 727-part LEGO Mindstorms set.

How did LEGO react? At first, negatively. Consumers were meant to consume, not produce their own versions. They were not meant to challenge LEGO's in-house product developers. Confusion set in. Inaction followed. Then, after a year, LEGO started to listen to those unruly users and attempted to understand what they were doing with the product and, more importantly, the LEGO brand.

After lengthy discussions, LEGO began to understand that the community around its products was doing something interesting, and that just because the company business strategy did not include it in its planning, that did not mean it was not important.

LEGO learnt that the boisterous creators were actually not a homogeneous group.

On the one hand some of the community were into outer space, while on the other there were those who shared a love for trains.

The two groups could not be more different. The former was about fantasy, science fiction, humour and free building; the latter was about real-world models, suburban life, no-nonsense and precisely scaled modelling. Despite these differences, they formed a community around the LEGO brand that shared a passion for innovation.

The brand community is a crucial part of the organisation's innovation engine. Having an active and innovative user community helps LEGO keep an eye on trends for new products. More importantly, it helps to develop marketable product innovations.

Of course community members toying around with ideas do not develop automatically marketable new products. Most of their new ideas were incremental improvements that left basic product ideas unchallenged.

But about 12% of all user innovations represented more radical explorations of new functionalities and new experiences. These included strategy games with multiplayer features and role-play elements, such as BrickWars.

Or take mosaic-building techniques: rather than copying existing images with LEGO bricks, an image is translated into pixels (LEGO bricks) and then assembled digitally. Software called Pixelego has been developed and distributed for free by users to translate images into LEGO syntax.

The long list of user-based innovations that have found their way on to the shelves also includes LEGO Studies, based on brickflims.com; LEGO Factory, based on LDraw; LEGO Mosaic, based on Pixelego; and LEGO Vikings, based on a user-developed play theme. What we are witnessing is nothing short of a revolution of the innovation process.

LEGO is not a single case study; rather it can be seen as the blueprint for innovative brand communities in other industries. But what opensource theorists have neglected to address is that creative users do not congregate around just any platform. They are attracted and contribute to a brand that acts as the platform for their interaction and innovation. In this sense brands become drivers of open-source innovation: they are the glue that keeps communities together and innovation is the result of interaction in these brand communities.

This process is different from the traditional innovation process, which is meant to occur deep inside organisations: product managers, R&D experts and scientists represent the 'mind' of the firm in search of the next 'big thing'. Marketing provides sporadic feedback from potential customers through survey data, needs analyses, focus groups and so on.

Information from these groups is taken in-house, digested, analysed and fed into the product development process. However, the flow of information is slow and distorted through noise in the channels.

The interpretation of the data by product managers, R&D experts and marketers results in solutions that are at best approximations of what matters to the customer. These are exacerbated by the limitations of the sources of feedback. For example, a focus group of consumers sitting in a room cannot adequately represent the lived experience of the product consumption. At best it is an approximation. Of course, in a relatively stable world, this trickle of information provided by traditional tools is more often than not enough to innovate. Rather, in a competitive environment, where markets are fragmented and rapidly evolving, co-creation offers an intensified communication mechanism between producers and consumers that fuels the innovation process.

Co-creation upsets the established division of labour between organisations producing new ideas and passive consumers who are waiting to be spoon-fed with new products – a division that has become firmly entrenched as part of corporate culture.

The brand plays a crucial role in the co-creation process: especially in the non-mediated medium of the internet, the brand offers the only recognisable interface that frames the conversation between producers and consumers.

The brand transformation also radically changes the socio-cultural makeup of the organisation. External communities that crystallise around it form quasi-extensions of internal cultures. In fact, culture cannot be confined within the bounds of the organisation. The LEGO brand community co-constitutes the culture of LEGO through the sharing of ideas and practices with employees. Empowered by new information and communication technology, users become actively engaged in previously internal organisational production processes.

In other words, culture extends beyond the boundaries of the firm through consumers who form brand communities and engage in creative, unruly and co-producing practices.

Creative consumption does not occur in a vacuum, though: rather, user communities crystallise around strong brands. These communities describe a new form of social organisation. Following more than a hundred years of mourning the decline of social organisation in everything from David Riesman's book The Lonely Crowd to Robert Putnam's Bowling Alone, they provide a new form of social cohesion.

The LEGO brand is used by tens of thousands of people to express aspects of themselves and to relate to other like-minded individuals.

However, this new form of social organisation is far from leading to a harmonious new society. Rather, the communities that form on and offline are testimony to the tribalisation of society. The defining characteristic of a tribe is its unique lifestyle; its currency is formed not from rational discourse but what's 'in' and what's 'out'.

Being part of a tribe, individuals play roles and use brands as plots and props to stage convincing performances. But while the cohesion within a tribe is high, its tolerance to change is low. In fact, those tribes organised around brands can turn out to be particularly conservative and reactionary.

At LEGO, the community thwarted innovation at various junctures. For example, the company introduced a colour change of its bricks because it felt that new colours would be more appealing to children. However, the LEGO User Group sparked controversy about that: for collectors, new colours posed a challenge with regard to integration of new and old bricks.

There were also tensions between the corporate agenda and the LEGO community. The latter was non-commercial and had a different interest in the brand. For instance, LEGO users like to support LEGO – to a point. They did not like being 'sales people for LEGO', as one user put it.

There were attempts to build an umbrella organisation that would unite the fragmented communities. But EuroBrick and Global AFOL lacked activity and drive.

Obviously LEGO could embrace one unified global user group (preferably led by some kind of CEO) but communities work differently: they are bottom up. When LEGO tried to institutionalise the company, it found it next to impossible to control the hundreds of user groups out there.

One of the most successful attempts at tapping into users' power was the LEGO Ambassador Programme. The company invited 20 to 25 LEGO fans to join each year. They were asked for their input on new product development and their ideas in general.

However, some ambassadors were asked to sign non-disclosure agreements which introduced a sense of hierarchy and exclusion, at odds with the free sharing that is a hallmark of open-source communities.

The control that organisations enjoyed over production and distribution vanishes as users shortcut these circuits and relate to each other more directly.

Multiple authorship implies the loss of a single authority which is usually represented by management. The new distribution of authority puts everything at stake – including an organisation's deep-seated identity.

At LEGO, the identity of the organisation emerges out of the conversation between external communities and employees. While a brand manager might project a certain organisational identity, the brand inevitably escapes management's control. A brand represents a socially constructed meaning system; yet meaning is an accomplishment that requires understanding, interpretation and evaluation – subjective processes.

Like beauty, a brand exists in the eye of the beholder. And there it is hard to control; the sensemaking processes of the reader (consumer) co-constitutes, and sometimes overrides, the text of the author (brand manager).

The challenges for management are formidable; managing identity in the context of co-creation requires an organisation to develop high tolerance for ambiguity, uncertainty and paradox. Brands provide the arena in which an organisation's identity emerges from the interactions between consumers and producers.

Rather than searching for an enduring essence, the organisation must continuously oscillate between self-definition and definitions by outsiders.

The brand provides the space for this dialogue to unfold; it enables an organisation to focus on its uniqueness, while at the same time forcing it to keep an eye on outsiders' visions.

This is the dilemma that 21st century brand organisations must resolve.