How to train elephants, drink less and lose weight

How to train elephants, drink less and lose weight 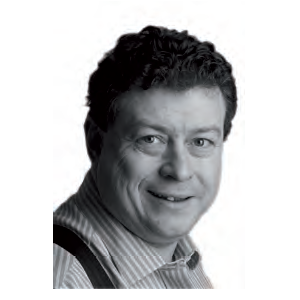 “And Jesus went into the desert for forty days and forty nights, and there ate modestly of a low-calorie diet, with some special low-fat falafel, which he had found at a shop just off the Jericho bypass.” You don’t get that in the Bible. In fact, biblical folk don’t diet at all. They fast. Religious law, you’ll notice, tends to be binary and prescriptive – it isn’t generally quantitative at all. “Don’t eat between dawn and dusk.” “Don’t eat pigs ever.” “Don’t eat meat on Fridays.”

Binary laws are somehow harder to break than quantitative ones. Running a red light ‘feels wrong’ in a way that driving at 37mph doesn’t. Somewhere in France, someone has spotted this distinction. They have installed a speed camera which, when you pass it, automatically records your speed. Yet, when you are in excess of the speed limit, it doesn’t take your photograph, or even fine you. No, what it does is turn the next set of traffic lights to red. And for a slightly annoying length of time.

The model of the brain promoted by Daniel Kahneman (in his language, called ‘system one’ and ‘system two’) has been more poetically described by the psychologist Jonathan Haidt as “a rider on an elephant”. He chose to depict the system one brain as an elephant quite deliberately, in preference to using, say, a horse or a kitten, for several good reasons. Quite simply, with all the will in the world, the rider cannot get an elephant to do something which it does not want to do.

What is so interesting about all this is that many of the more bizarre rituals and habits of religion make a lot more sense once you realise they have been designed with the elephant in mind. Our modern world often suffers from a rationalist fallacy, where methodological neatness, mathematical expression and an idea of ‘efficiency’ triumph over any considerations of psychological ease or wellbeing. This, at least, is the thesis put forward in Haidt’s latest book, The Righteous Mind. (In many ways, Haidt is the anti-Dawkins, using his appreciation of Darwin to further a greater appreciation of religious observance, rather than to denounce it.)

This understanding has, of course, enormous implications for marketers. But it applies to any kind of attempted behavioural change – including the design of legislation, dietary advice and so forth. Perhaps what the world needs is less rational argument and more arbitrary universals.

So instead of trying to limit your alcohol consumption by counting units, perhaps it is easier to train your elephant not to drink on two days of the week. This will be less rationally perfect than the government’s advice, but easier to obey.

The same applies to dieting. After years of failing to lose any weight at all, I have simply given up all carbohydrates. The great advantage now is that I can simply shop for my diet. Since I don’t buy any bread, there is none in the house. So far it is working well – with none of the endless self-policing a low-calorie diet requires.

So what Britain needs now is less government and far more powerful religious authorities. My hope is that the next Archbishop of Canterbury will be a militant. His first effort should be to declare Fridays an email Sabbath, and practising Anglicans can then enjoy at least one day of relative sanity at work.