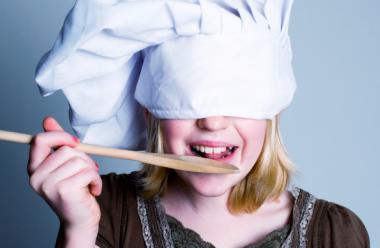 This week he has found two campaigns that wrap a taster in an experience in order to dramatically improve product sales.

You can employ all sorts of tactics, strategies and gimmicks in order to get yourself noticed, but getting people’s attention is still one hefty step away from them handing over cash for your product or service. That’s why at BEcause we think trial is such a powerful marketing tool, getting a consumer to actually experience your product really does clear the path to purchase.

In fact, findings from the Evolution Insight Shopper Survey published last year in Marketing Week stated that 63% of consumers said they would go on to buy a product they had sampled if the occasion provided an engaging experience that changed their perception of the brand. Add to that the fact that 80% of people would buy the product if they received a discount coupon after an experience and you are on to a winner!

So the two campaigns that I have found this week both use the trial mechanism to drive purchase. They are immersive, experiential and fun. A brilliant combination that leads to fantastic campaign results for both.

According to this video hummus is very popular in Israel, but people view restaurant hummus and shop-bought packaged hummus as two completely different products. So, to change perceptions, encourage people to try packaged hummus and generate a brilliant buzz around its product, Achla Hummus created this canny experience.

A mock restaurant was created where Achla was served, disguised as normal restaurant hummus and the public could “pay by taste”. The restaurant environment encouraged people to see the hummus as restaurant quality, even though it had been scooped out of a container. People loved it and paid 20% more than the average price of a plate of hummus. When it was revealed that the hummus was actually usually found on supermarket shelves there was a great buzz about the campaign in earned media and on social media, which resulted in a staggering 71% rise sales. It’s a great campaign with a very positive result.

In a similar campaign a Russian language school wanted to encourage people to take English lessons. But, as the video points out, many Russians think that their English is up to scratch, so they don’t see any need or have any desire to invest in lessons. So, the Talisman Language School created an English café in Russia. All the signage, menus, prices and even staff were anglicised.

When regulars dropped into the coffee shop they were surprised to find themselves temporarily in England, forced to order their favourite drink with broken sentences and lots of pointing. The experience led to a quarter of the customers accepting the free trial lesson at the Talisman Language School, of which an impressive 62% signed up for a course - totalling $30,000 in tuition fees.