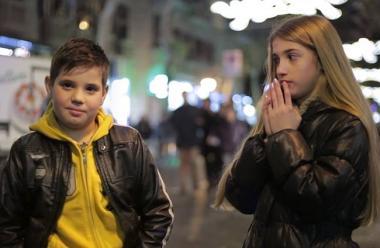 Blog post
'Traditional', 'progressive', or 'radical'; words that are defined and perceived by a culture, based on its own societal values and norms.
These are also descriptors that most marketers stray away from. This month, Creative Culture is taking a closer look at the topics that many cultures, at one time or another have attempted to sweep under the rug. We’ll also aim at understanding how brands are bringing relevance and authenticity to these societal challenges around the world.
We first look to India, an area of the world where historically, family and social pressure kept average divorce rates strikingly low. While this number appeared positive at surface level, a significant upsurge in recent years begins to reveal a new reality. When jewellery brands across India are telling the story of young and single hopefuls, searching for their perfect one and only, one prominent jewellery maker Tanishq took on a future-facing outlook.
No subtitles needed – as the ad develops, it becomes clear that this is not the 'traditional' family that viewers have been socially formatted to expect. Instead, the video paints a picture of multiple families blending together, as a result of falling in, out, and then back in love. While this example might appear to be an outlier, this brand may well be the first-mover in what could very well become the 'new normal' in Indian advertising.

Marriage, homosexuality and sport were not words often used together in the context of American football, but DirecTV recently saw things a bit differently. Initially seeming like a long-time Giants-Cowboys rivalry between two American football buddies, the satellite TV provider’s ad eventually clarifies the men to be a couple. This was a seemingly bold move that many others might have been too wary to make, considering a time when only one NFL player has come out as openly homosexual.

Meanwhile, DirecTV merely viewed this as a pioneering opportunity to authentically depict what is now the reality of many sport aficionados across the US.


Certain topics are indeed kept from the spotlight with the aim of not offending a certain culture or religion, but in certain unfortunate cases, topics are kept in the background to avoid facing reality, which as a result, hinders positive growth. Understanding that bringing a topic to the national (and in this instance, international) table could be the best way for a market to acknowledge the challenge, and work toward a resolution.

This was the case in Italy, where domestic violence has been a long-time problem. A recent UN report classified the harming of women by the hands of their partners as 'the most pervasive form of violence' in the country. Online Italian newspaper Fanpage.it confronts this issue using an unlikely group of characters.

Drawing the contrast that even children have strong moral commitments when it comes to violence, the eye-opening video instantly gained viral status, surpassing 30 million views on Facebook within three days; a significant success for the publication, but also a step in the right direction for families across Italy, currently on the frontlines of domestic violence.


For those who are fearful of offending a certain market or culture, it should be understood that times are (gradually) changing – and like any other topic, it will be the ones that spot (and act on) a future trend first, who will reap the benefits. Many argue that when it comes to love, relationships, and family, what was once considered unacceptable or shameful around the world, will eventually become the new normal.

Thoroughly understanding the new normal can be the key first step to designing the next industry-leading campaign. It all starts and ends with timing and approach.