The last days of disco: when it’s time to rediscover relevance

The Last Days of Disco... 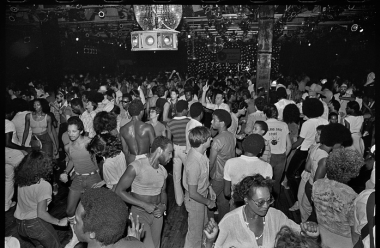 Sometimes it feels like the last days of disco.
Disco was an imaginative, inspirational movement that sprung up in the early 1970s from the mean streets of Philadelphia and New York. Disco was soulful strings, sensuous rhythms and seamless transitions. It was smooth, slick and street-smart; hedonism and hi-hats. Disco was black, Latino, female and gay. It was progress and togetherness. It was unadulterated joy. Our young hearts ran free. We walked in rhythm. We were family.

And then, within the course of a few short years at the end of the decade, disco was dead. It had been exploited from within and assaulted from without.
The insiders had succumbed to commerce and cocaine. Disco became all platforms and perms, mirror balls and Bee Gees. It was an elitist door policy, a dodgy hairdo, a lazy remix. ‘Da ya think I’m sexy?’
Disco was also much disliked by outsiders. Throughout its brief life it was beset by bigotry and homophobia, resented by reactionary rock fans, who felt that ‘disco sucks.’ On 12 July 1979 a radio shock jock organised a Disco Demolition Night at Comiskey Park, Chicago. Over 50,000 people were invited to bring their unwanted disco records along to a White Sox baseball game to see them blown to smithereens in the middle of the arena. A riot followed. And the death knell tolled for disco.
‘Was that all it was?
A way to pass some time,
A momentary thing,
Not worth the memory in the morning.’
Jean Carn, Was That All It Was? (J Butler/ J Usry Jnr/ L Conlon)
Sometimes, in the twilight of my advertising career, I felt like I was living through the last days of disco. As the digital revolution took off around me, I found I couldn’t keep up. I was no longer in the vanguard of knowledge and practice. I wasn’t articulate in the new language. My skills seemed redundant; my expertise irrelevant. The trade that had been so good to me was under attack. The values I held so dear seemed anachronistic. I was walking with dinosaurs, swimming with sharks. I was a man out of time. Advertising was dead.
Instinctively I wanted to go underground. I confess I became sarcastic and sceptical, carping and critical. Like Canute I demanded that the incoming tide should halt.
Gradually I realised that resistance was fruitless, resentment pointless. In fact, when I applied myself to the broader themes and impacts of change, I found that the fundamental principles of brands and communication endured. Though I could never aspire to hands-on expertise, I could understand, and indeed bring some sense to, the brave new world around me. I could add value. And so I rediscovered a certain relevance.
If I learned anything from my period of self-doubt, it’s that the responsibility of leadership is to engage positively with change. Leaders can’t bury their heads in the sand. It’s not enough to ensure that your business performs. You must also equip it to transform. You need a point of view on how your industry needs to change; on how your company must change; and, perhaps most importantly, on how you yourself should change.
Disco never really recovered from that evening in Comiskey Park. But its spirit lived on. Its sentiments were re-articulated in house, garage, electronica, nu-disco and beyond. And eventually America fell back in love with dance music through the insistent charms of EDM.
Yes, sometimes it feels like the last days of disco. But let’s not spend too long resenting and regretting change. Let’s stay true to our principles and reapply them to a new landscape. Let’s start to dance again.
‘Your smile,
Just keeps on changing.
Baby, I feel it.
I feel your love changing.
Your love keeps changin’ on me.’
Ms Sharon Ridley, Changin’ (Peters/Mack/McClelland)
In memory of David Mancuso, pioneering New York DJ and founder of the legendary club night, The Loft. He passed away this week aged 72.
‘Love Saves the Day'
This piece appeared on Jim's blog here.