A nation of shopkeepers

A nation of shopkeepers 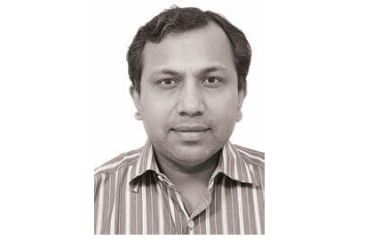 Napoleon famously (and dismissively) called England ‘a nation of shopkeepers’. Much indignation followed, to be mollified only by his later defeat at the hands of the English.

The fact is, Indians have traditionally taken to entrepreneurship easily – some communities more than others. The Patels have made their mark as shopkeepers extraordinaire both in Europe and the US. And there are the ubiquitous Malayalis; one story has it that it was a Malayali who served Edmund Hillary chai when he first scaled Mount Everest. Over half of Indians are self-employed, with a majority taking to small retail trade.

There is a new kind of shop

It is, however, a new avatar of ‘setting up shop’ that is today taking India by storm, fuelling its economic engine with new energy. Emerging from India’s huge, conservative, middle-class community is a new set of shopkeepers. Smart, very educated and unafraid global citizens, these entrepreneurs are following their dreams and ‘setting up shop’ in new ways – creating bold start-ups that are seizing opportunities in India and the world.

From software to solar power, mobile to media, rural to robots, internet to infrastructure, such shops are springing up everywhere.

The excitement is palpable. Magazines and TV channels cover this repeatedly. These guys are India’s new superstars, the stuff of urban legend. So much so that many fresh graduates are skipping employment altogether, starting their careers as entrepreneur ‘shopkeepers’.

This is just the tip of the iceberg. The ‘movement’ has just reached a tipping point. All the ingredients are in place: an economy growing at 8% to 10%, strong educational base, easy access to funding, new incubator infrastructure and strong technological skills, just to mention a few.

But what does it take for this movement to truly turbocharge India’s growth? Three key principles of brand leadership are particularly relevant.

1 Follow the money. Concentrating effort and money where there is a competitive edge is the most fundamental trait of a leader brand. Where would these start-ups be best off ‘setting up shop’? Early successes have typically come largely from software and mobile application spaces. And venture capitalist (VC) funding has followed. Last year alone, VC funding grew by more than 150% over previous years as per industry sources. Big sell-outs such as MakeMyTrip.com have only helped. These are spaces where Indians can create competitive advantage, and they’re great start points.

But there are many new areas where we can expect the next wave to impact – health, biotech, medical tourism, higher education, holistic school education, rural development, clean-tech, distributed energy and rural credit, to mention a few.

2 Build big brand ideas. Despite the sheen, these entrepreneurs are often little more than overgrown technocrats. The original genius has resulted in a single-product company, but the struggle going forward is one of marketing and scale. Brand thinking is often absent. It’s no wonder we often encounter businessmen who feel they have hit a roadblock, without realising that the ‘sausage’ of their brilliant product/service needs brand ‘sizzle’.

India is an emerging economy, but people’s desires are by no means emerging. They want the best brands. In a luxury-brands survey conducted in March 2011 by The Nielsen Company, India ranked third after Greece and Hong Kong in the list of most brand-conscious countries in the world. Brand building is a priority for these businesses to grow.

3 Return on ideas. The Indian innovation psyche has often been equated more with inventiveness (jugaad) than innovativeness. It is about cleverly manoeuvring situations, creating solutions and managing outcomes – less about a structured approach to innovation. While this will help create the first big invention, it is often insufficient to build big companies. Entrepreneurs will do well to find ways to maximise the return on their ideas – setting bold visions, exploding the original idea in new ways, engaging with external coaches, and hiring very different (stable, experienced?) employees, to name a few requirements.