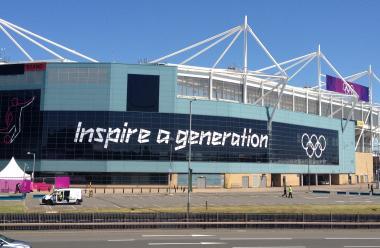 Olympics and Paralympics Legacy - Beyond London 2012

A year ago the UK prepared to celebrate the opening of the Olympic Games. Excitement was mounting as the Torch Relay wound its way across the country, with nearly a third of all adults saying they had seen the torch pass.

While the enthusiasm for the Games was infectious, millions of people harboured worries and frustrations about security, transport and a shortage of tickets, but by the close of Danny Boyle's Opening Ceremony, the mood of the country had been transformed by the ingenuity and excitement generated by the spectacle.

At the centre of London’s winning bid was the promise to create a lasting legacy. One year on the jury is out as to whether we are on track. To mark the anniversary the newly re-named Queen Elizabeth Olympic Park will play host to the Sainsbury's Annivrsary Games as 30 top Olympic athletes return to East London at the end of July.

What was very clear in the months following the Olympics and Paralympics was the Team GB effect, the bringing together of the nation. In June 2012 the Olympics Barometer recorded 47% of the public believed the Olympics would bring the nation together and make people feel happier, post the Games 69% felt the Games had achieved such an effect.

Inspiring a generation was a key legacy message of the Olympics. More people expected a rise in sports participation following the Games (67% v 60% last June) and the creation of a sporting legacy (66% v 50%).

For many people the unsung heroes of the Games were the Games-makers who proved how rewarding and effective volunteering could be and who also helped to raise the mood of the nation. An immediate effect was a rise in the number of people seeking volunteering opportunities post the Games.

The Autumn 2013 Legacy report will highlight the increase in volunteering brought on by the Games.

While much criticism was made of restrictions safeguarding the Olympic brands, the vital role of Olympic sponsors was accepted by a majority of the public in ensuring the success of the Games. The role of sponsors will play an equally important part in ensuring the Olympics/Paralympics legacy. To succeed in this regard, around 6 out of 10 adults believe corporate sponsors need to understand more the role sport plays in the lives of their customers, employees and communities.

With Brand Britannia being seen by billions of people last summer and magical moments captured on numerous digital devices, the opportunities of building on such promotion for UK exporters and in attracting inward investors are considerable.

The economic legacy of the Games is estimated to be worth some £13 billion to the UK economy over 4 years. Olympics spending helped the UK out of recession last November with JGFR research estimating that some £1.5-£2.5 billion had been spent on tickets and merchandise.

As concern increases surrounding the staging of major sporting events in emerging countries the report considers some of the economic costs and benefits, and of any lessons for Brazil

*The 2005-12 Olympics Barometer Report was published last autumn. The cost of the report in a pdf format for members is £249 +VAT ( rrp £275 +VAT). You can see the Key points and Table of Contents here.