A quick bluffer’s guide to digital

A quick bluffer’s guide to digital 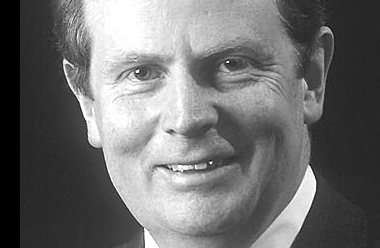 ANDREW MELSOM offers a selection of opening lines to get you started in any digital conversation. After that, good luck, you’re on your own.

THERE ARE MANY new words and phrases being used to describe developments on the internet and emerging digital technologies. Many of them sound very silly – Gif, Java and Favicon, for example – but we must never surrender to the whims and fancies of the technophobes. You must be ready at all times to engage in line-for-line dialogue with the best of them and completely fool them into thinking that you know where it’s at digitally … right?

It’s the equivalent of sitting at a piano and then playing the opening bars of ‘Crocodile Rock’ (but only the opening bars) and then being able to walk away nonchalantly, leaving stunned society wondering in your wake. Conscientious poetry pseuds will know what I mean: ‘They fuck you up, your mum and dad/They may not mean to, but they do/They fill you with the faults they had/And add some extra, just for you’ … heavens, brilliant! But does he know the rest of it? Does he even know who wrote it?

Now you need to be able to get along with everyone at the digital party. There’s stuff you know, but other stuff you should appear to know so here’s how you can get the conversation started; there’s a brief explanation in each case. It will only get you so far and, for a few milliseconds, you will be fascinating. If you time it right and move on, you will leave behind the possibility that your audience will have known, if briefly, a guru. Some opening gambits ...

This does not mean that the Yahoo! people have got some good stuff in and they want to share it. Yahoo! has acquired Blue Lithium in a $300 million deal – an ad network that reaches 120 million users a month and that uses behavioural targeting to match ads to users on about 1000 websites. This has enabled Yahoo! to more accurately target customers for its advertisers, particularly DM ones.

‘Well do you know what WIMP actually means?’

You could be showing your age but, digitally, it means: Windows, Icon, Menu, Pointing (device), and was used as a derogatory term by the users of DOS and UNIX and text-based computer systems to describe the former minority who were reaching out for Windows and Apple Macintosh operating systems as an endemic method of day-to-day computer usage.

Google only has 25.9% market share of the search engine market in China according to the research firm Analysis. Baidu.com leads the China search engine market with 60.1% and Yahoo! is third with 9.6% (about the same % share that it has in the UK). There are now 210 million people on line in China, only 5 million behind the US, with 40% of China’s new users coming from rural areas.

‘That Philip Zimmermann’s at it again ...’

Philip Zimmermann was the creator of Pretty Good Privacy (PGP).This was designed as a human rights tool, and was published free on the internet in 1991. It quickly spread worldwide as being the most widely used email encryption software in the world. The US Government conducted a three-year investigation into PGP as it held that its own export restrictions for cryptographic software were violated. They dropped their case in 1996. Zimmermann has now developed Zfone, which enables encrypted and secure telephony over the internet.

‘The growth of MMORPG, globally, I mean … wow!’

The acronym stands for Massively Multiplayer Online Role Playing Game. Make sure you learn this much. Blizzard Entertainment, Inc. has said that its subscribers for World of Warcraft, its award-winning role-playing game, have continued to climb – recently passing 10 million people worldwide. World of Warcraft now hosts more than 2 million subscribers in Europe, more than 2.5 million in North America, and approximately 5.5 million in Asia.

‘Can you name the top five video-virals in the last year, in the right order with their agencies?’

Maybe this one is a bit easier, and it is a good ice breaker. The chances are your audience will get one of them, but not all. The agency GoViral reported to the Financial Times that they rank: (1) Cadbury’s Gorilla: Fallon (2) Smirnoff – Green Tea Party: JWT (3) Ray-Ban Catch Sunglasses: Cutwater (4) Blentec – Will it blend? (i-phone in the blender): no agency (5) Bom chicka wah wah: BBH.

‘Did you know that Facebook now accounts for 1 in 50 UK web visits ?’

According to Hitwise, Facebook’s market share of UK internet visits to all categories increased to 2.01% in December. The social networking website accounted for 1 in every 50 UK internet visits in December of 2007, with its market share peaking on Christmas Day. Marketers struggle to ‘factor out’ social networking in determining internet usage and calculating the value of advertising audiences and the potential worth of online customers – in other words, to understand who the online worthless wastrels are.

‘Trust me, despite the recession, Beijing will bring about a surge in online spending in 2008 …’

In the US, a combination of the election and the Beijing Olympics will bring about a spike in online spending according to emarketer. Although the growth rate of online will mature, and growth will reduce to under 30% in 2007 for the first time since 2004. In 2008 growth will surge to 29% before declining to 18% in 2009.

"I don’t know what will actually happen, but the presidential election will be won or lost on YouTube …"

One of the candidates will be embarrassed by something that will be multiplied out to millions on YouTube. It will either be a poorly made argument, a poor performance in a debate or they will physically fall over. The event will be one of the deciding factors of the election.

Completely emotionless and dastardly race of creatures made up from spare metal and plastic and who first appeared on Dr Who in 1966, thus pre-dating the invention of the World Wide Web by 24 years. They returned in 1986 to capture Earth since their own planet, Mondas, had run out of power. It went bad for them when they got their sums wrong and, during a transfer of energy from Earth to Mondas, there was an overload that effectively blew up their planet. But it is a widely accepted view that they will return. ❦

You must be ready at all times to engage in line-forline dialogue with the best of them and completely fool them into thinking that you know where it's at, digitally … right?