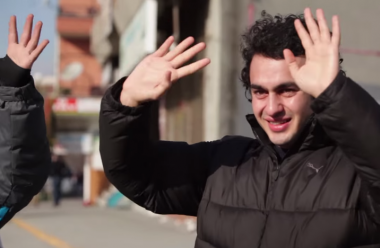 Blog post
As my job title quite clearly suggests, I am all about unexpected experiences and the impact these have on people. And this tear-jerker of a stunt from Samsung is a shining testament to that impact.
The brand came up with a heart-warming and clever gesture to spread the message about its new video call centres that cater for hearing-impaired customers.

It was all centred on a hearing-impaired fellow called Muharrem from Istanbul. Samsung constructed a stunt that would enable him to have one day with no barriers. To achieve this, his whole town received training in sign language.

On the momentous day, Muharrem and his sister walk past a gentleman who greets them ‘Good morning’ in sign language. Muharrem reciprocates the greeting, but turns back to look at the man afterwards perplexed at such an unexpected but simple gesture. 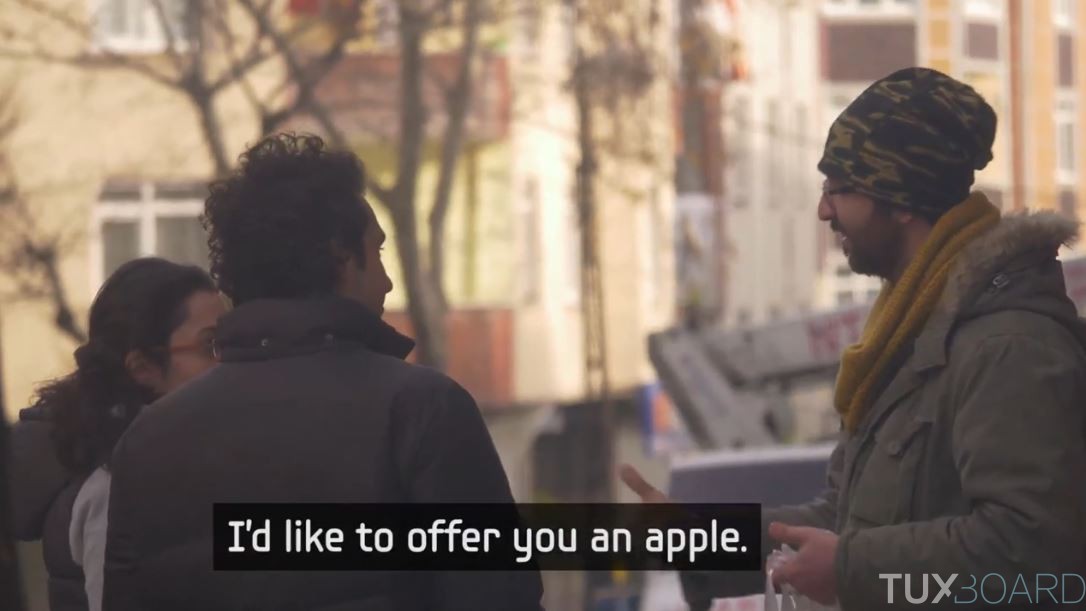 Next, Muharrem is greeted at a bakery by an employee who tells them 'We’ve got hot bagels' using sign language. Muharrem is evidently bowled over by this and smiles at his sister. Soon after, at an outdoor market, a shopper pretends to accidentally drop some apples, which Muharrem and his sister help to collect off the floor.

The shopper signs his gratitude saying, 'I’d like to offer you an apple'. Muharrem is further puzzled yet delighted and asks his sister if she knows the man. They then get into a taxi only to find that – yep, you guessed it – the taxi driver can sign.

Upon exiting the taxi, they approach a video billboard, from which a Samsung video call centre employee speaks to Muharrem using sign language, and explains to him Samsung’s new service for hearing-impaired customers – samsungduyaneller.com - and the brand’s dream for a 'world without barriers'.

Eventually he makes his way to a public square and things get emotional as the stunt is revealed to him.


The great thing about this stunt is that it is so clear that it is genuine and that Muharrem is not an actor, as can often be the case.  Samsung’s stunt has struck a real chord with people all over the world this week; in just over a week, the video footage has gone viral with over 5.5million hits.
Joss Davidge is Director of the Unexpected at BEcause, the award-winning live brand experience agency, dedicated to enhancing Brand Love.  He also runs free Masterclasses on multi-channel live brand experience.
Read more from Joss in our Clubhouse.