In search of authenticity 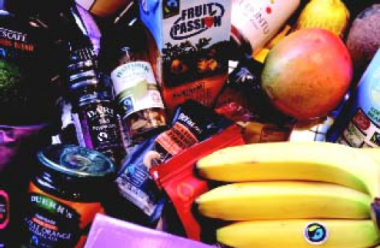 The world of business is fast realising that creativity is too valuable to be left to the creatives. Whether the challenge is to craft new and improved products and services, or to imagine whole new business opportunities, the sometimes formulaic manner of management thinking is being questioned in these globally competitive, fast-moving and often disruptive times.

This article is based on Beyond experience: culture, consumer & brand, a report by Arts & Business on developing Pine and Gilmore's ideas from their books The Experience Economy and Authenticity.

The report recognises that it is not just the commercial creativity of designers that is valuable in business – it is the cultural insight and capital of the arts that matters too. In a world now well supplied with high-quality, well-priced goods, how can companies better meet consumers' needs?

The value of authenticity in art, be it a painting, a performance, a novel or a composition, exemplifies a dynamic that exists in business as well.

Authentic or false, bogus and phoney? That is exactly the dimension on which more and more consumers evaluate what companies offer them, as they increasingly see the world in these terms, and want to buy or consume a real product or service from someone genuine.

Why? And why now? Because of the shift to the 'experience economy'. Goods and services are no longer enough; what consumers want today are experiences – memorable events that engage them in an inherently personal way.

Fair-trade practices are an example of influential authenticity

But in a world increasingly filled with deliberately and sensationally staged experiences, consumers will choose whether to buy or not based on how real they perceive an offering to be.

Whenever experiences come to the fore, issues of authenticity follow closely behind. Think of Disneyland. No place before or since its opening in 1955 has provoked more debate on authenticity within modern culture, nor has any other business sparked more controversy on the effect of commercial activity on the reality of contemporary living than the Walt Disney company.

Or think of coffee. Starbucks earns several dollars for every cup of coffee, far and away above the few cents the beans are worth, precisely because it has learned to stage a distinctive coffee-drinking experience centred on the ambience of each place and the theatre of making each cup – resolutely shaping how real consumers perceive it all to be.

Yet now, as with Disney before it, Starbucks faces relentless scrutiny from both highbrow social critics (in books and articles) and everyday consumers (in visits and blogs) on how real or unreal they deem the company and its places to be. For many, what once seemed unique and so authentic now seems ubiquitous and inauthentic.

Art criticism today similarly flows not only from traditional sources but often from consumers and even from the artists themselves – focusing increasingly on issues of authenticity.

Some of the art of British graffiti artist Banksy exemplifies this well. In clandestinely displaying his works alongside masterpieces in the Louvre, Tate Modern and Museum of Modern Art, his art (the performance art of sneaking his works past security and on to the walls) certainly calls into question just who it is that deems some art real and other art fake.

While authenticity has long been the centre of attention in art, it is now time for companies understand, manage and excel at rendering it.

Indeed, 'rendering authenticity' will one day roll as easily off the tongue among executives and managers as 'controlling costs' and 'improving quality'. When consumers want what's real, the management of the customer perception of authenticity becomes the main source of competitive advantage – the new business imperative.

An examination of the progression of economic value over the past two hundred years puts the contemporary desire for authenticity into perspective. Several centuries ago, at the height of the agrarian economy, when the trading of natural commodities was the major economic activity, the dominant consumer sensibility was simply availability.

Cost did not emerge as the dominant factor until the industrial economy, when mass production drove down the price of nearly every tangible commodity. In turn, with the rise of the service economy, as consumers increasingly purchased intangible services, quality emerged as the dominant consumer sensibility.

Today, at the dawn of the experience economy, in which consumers increasingly seek venues and events that engage them in a personal and memorable way, authenticity has become the concern when purchasing.

In industry after industry, authenticity of experiences has overtaken quality as the prevailing purchasing criterion, just as quality previously overtook cost, and as cost once overtook availability.

No longer content with available, affordable and excellent offerings, both consumers and business-to-business customers consider how well choices conform to their self-image. What they buy must reflect who they are and who they aspire to be, with lightning quick judgments of 'real' or 'fake' hanging in the balance.

Managers across all industries need to add to their expertise an understanding of what their customers (or patrons) consider real and fake about their offerings – or at least which elements influence such perceptions.

This applies not just to experience-stagers but to those selling any kind of economic offering. Transformation is the fifth and final offering in the progression of economic value. It occurs when companies use experiences — as in 'life-transforming experiences' — to guide customers to change.

Businesses are only at the early stages of figuring out how to render authenticity — think of it as the late 1910s for controlling costs after Henry Ford invented the system of mass production, or the 1970s after Taiichi Ohno put together the Toyota production system based on the tenets of quality. But one thing we do know: no matter the business, art can be central to any company's appeals to authenticity.

In examining the way businesses meet this new-found desire, we have identified five genres of perceived authenticity. Each represents a lens through which different people tend to judge offerings as real or fake, and decide what is or is not authentic to them.

People tend to perceive as authentic that which exists in its natural state in or of the earth, remaining untouched by human hands – not artificial or synthetic. The essence of natural authenticity resides in the infusion of elements or properties of nature into an offering. Growers of organic foods appeal to this genre of authenticity in forsaking pesticides and fertilisers, as do numerous soap manufacturers, which make soap by hand in slabs using only natural ingredients, such as goat's milk and kiwi seeds, using little packaging and exposing the soap so one can see and touch the bar.

Think of your favourite or most frequented Starbucks – its earth tones, eclectic music, functional furniture, aromas and tastes – it all represents an appeal to natural authenticity.

People tend to perceive as authentic that which possesses originality in design, being the first of its kind; not a copy or imitation. The key to original authenticity lies in having an offering precede in time or depart in form from other offerings of its class.

Almost everything Apple designs – from the iPod to the Genius Bar in its Apple stores – seeks to appeal to this genres. Even its slogan, 'Think different', is originally ungrammatical. Original authenticity encompasses decades-old brands well identified with their categories, such as Hoover and even Disney, generally recognised as the originator of the theme park industry (even though De Efteling in the Netherlands in fact preceded Disneyland by three years).

Goods with a particular design aesthetic, services which use unique processes as well as truly new-to-the-world offerings that flout accepted norms in an industry (think of anything from the Virgin mind of Richard Branson) appeal to original authenticity.

People tend to perceive as authentic that which is done exceptionally well, and executed with human care.

The distinguishing characteristic of exceptional authenticity is a concern for shaping an offering to the unique or unusual preferences of those to whom it is offered.

Any company that encourages its people to genuinely care about customers and respond to their individual needs appeals to exceptional authenticity. Such businesses include Lexus with its 'Relentless pursuit of perfection', Harley-Davidson's special motorcycle lines for police officers and fire-fighters (not to mention the local rides and programmes it supports via its Harley Owners Group, or HOG club), or any mass-customised offering such as personalised M&Ms.

People tend to perceive as authentic that which refers to some other context, drawing inspiration from human history, and tapping into our shared memories and longings.

To appeal via referential authenticity, an offering must refer to something already perceived as authentic.

Iconic experiences such as downing a pint of beer in an English pub, sipping coffee with a Sachertorte in Vienna, participating in a formal Chinese tea ceremony, eating sushi in Japan, having a sauna in Finland or taking in a baseball game in the United States all exhibit referential authenticity, drawing their inspiration from long-practised cultural rituals. Successfully appealing to referential authenticity requires thematically creating, or recreating, a certain sense of familiarity with the past.

The art of rendering authenticity relevant to business is a very rich seam of thought and takes the original Pine and Gilmour work to another level, with valuable insights for companies.

For more information on the Arts & Business report, or how your brand can become more authentic, please contact: Tina Mermiri, research manager (editor and co-author of Beyond Experience: culture, consumers brand)[email protected]

People tend to perceive as authentic that which exerts influence on other entities, calling human beings to a higher goal.

The crux of influential authenticity comes down to imparting meaning into an offering and calling people to a higher purpose.

The interest in sustainability in building construction for homes, offices and factories stems from this genre, as do fair-trade practices and any of the 'three-word offerings': free-range chicken, dolphin-safe tuna, shade-grown coffee, pesticide-free fruit, low-carb diet, conflictfree diamonds, and the like.

More significantly, the Eden Alternative movement in elder-centred communities appeals by seeking to eliminate the loneliness, helplessness and boredom so endemic in the nursing home industry.

Figure 2: Organic soap appeals to those attracted to natural authenticity