Thank f*ck for that: Will Harris reflects on Scotland's 'No' vote

Reflecting on Scotland's 'No' vote 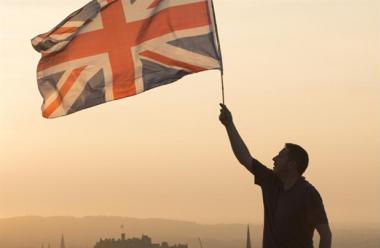 There may have been a clear result from the 55% of Scottish voters who marked 'No' on their ballot paper in the independence referendum, but 1.5m people did reject the status quo. Life has changed, writes Marketing contributor Will Harris.

Thank fuck for that. It appears (from New York at least, where I am writing this piece) that the Scots have peered over the abyss, thought about it, and stepped back with a shake of the head. We are, it seems after all, better together.

But of course that’s not the end of the matter.

We’ve now got the delicious spectacle of two fabled British traits being proved to be myth or reality in the next few weeks.

Firstly we’ll see if the British sense of fair play is anything more than a sobriquet invented by the rampant conquering Victorians. The minority element of the British population in Scotland (which is how we now have to think of them) who voted to leave will either accept the result in good grace, and move on, or they won’t. I really hope they do, and this doesn’t become a running sore. We need a hefty dose of fair play here on both sides.

Secondly those British who live in England, need to confound their reputation for arrogance, and acknowledge that when more than a million and a half people say they don’t want to be part of something, you have to sit up and do something about it.
And this I believe is the enduring legacy of last night.

In our business, life has changed beyond all recognition in the past 20 years. You can just about make out the silhouette of what we used to do as marketers 10 years or so ago, but you have to squint.

The brands we run are peer-to-peer, two-way, digital, accountable, more humbled. Whichever sector your company or your clients operates in, life has changed beyond all manner and means in our wonderful digital age. For all of us things are different, and they are never going back.

And then there’s politics. Untouched unchanged, unaffected in any real structural way by the storms that have battered the rest of us.

One of our best characteristics as a nation is our pragmatic approach to change. We can be steeped in tradition, and yet open to change. This works on big scale as well as with the smaller stuff.

So we fall into a lengthy Civil War 200 years before the rest of Europe, and emerge with a new relationship between parliament and monarch. We change early and avoid decades of internal strife that shattered many other nation states the following century.

At the other extreme, a madman goes on the rampage with a clutch of legally acquired firearms in 1987; we ban pistols and rifles almost entirely, to the extent that we look across the Atlantic at the regular stream of US gun tragedies, and can genuinely ask, why?

This referendum moment will be similarly momentous. Up till now, the establishment has buried its head in the sand during the storm of citizen power that has swept through our business and everyone else’s.
UKIP has been the most prominent manifestation of that. Show me a UKIP voter who really believes that the UK would be better off with Nigel Farrage as PM, and I’ll show you…Nigel Farrage. UKIP is the most extreme form of protest where the other parties and the system have failed.

No more. You can’t have 1.5m citizens reject the status quo, and pretend everything is rosy in the garden. We need to work out how citizen accountability should manifest itself politically in England, Scotland, Northern Ireland and Wales, and move to that new settlement at some speed.

Like everyone, I’m not sure I know what 21st century democracy looks like, but I’m sure I’ll know it when I see it.

This article, by Will Harris, originally appeared on Marketing's website. Read more from them in our Clubhouse.