There isn’t any B.S. in Behavioural Science. Trendspotting Review by Simon Watson, Head of Digital at Republic of Media

There isn’t any B.S. in Behavioural Science 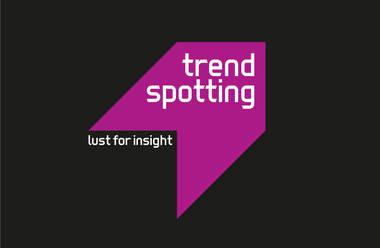 - how relevant it is to our industry, how all of us are influenced by it and how it’s used in advertising.

Working in advertising you think you know all the tricks of the trade to make products and services more appealing to consumers. Evidently, we don’t – or certainly, I don’t – as I’ve been made more aware of just how much the unconscious brain affects our decision making.

It’s difficult to do them justice, so I’d suggest picking Ross’ brain or reading Richard’s book, however below are some key outtakes I took.

Changing people’s perception of value was a theme and Nespresso’s success was used as an example. By selling individual pods which make one coffee each, they alter the minds’ perception of value as it leads you to compare it to a Starbucks or Costa, for example – in which case you can’t argue its phenomenal value at around £0.40 a pod. But then think of a 500g bag of coffee for a cafetière that you’d pick up for a few quid – if that was filled with Nespresso coffee it would cost £35, which I doubt many people would be taking off the supermarket shelves. And there are many other ways of changing the perception of value – removing the ‘£’ from menus makes people 8% less price-sensitive, the theory then being they’ll likely spend more; tests show that £1 per day is more attractive and easier to swallow than £30 per month; and when paying by contactless over cash you’re 15% less likely to know how much you’ve just spent on something.

I knew that a placebo can have an effect even when it’s known to be a placebo, and this was stated at the event – but what was fascinating to me were some of the examples which were given of studies carried out. One study which stood out for me involved milkshake. People were given the same milkshake but half the sample were told it was a healthy milkshake and the other not. What transpired was that the people who drank the ‘healthy’ milkshake unconsciously slowed down their metabolic rate – their brains had been re-wired to think it didn’t need to do as much digestive work!

Another theme was Anchoring whereby if you throw out a number at the beginning of someone’s thinking – they will almost definitely be influenced by it. Richard used an anchoring technique on the attendees (as well as a much larger group to make the results robust) as before attending we were asked how many calories were in an apple. For half the sample, the survey read: “Are there more or less than 50 calories in an apple?”, whilst the other half saw: “Are there more or less than 150 calories in an apple?”. Both parties answered their respective questions and were then asked to state exactly how many calories they thought were in an apple. The group who were led with 50 guessed an average of 75, whilst the group that were led with 150 guessed 113. For anyone wondering – Google states 78. In hindsight, I see this most days in the office – someone pulls a YouGov run and there’s a quick quiz around the office with people shouting out the answer. What always transpires is that people’s guesses are all dotted fairly close to the first person’s guess – clearly anchored by the first guess… unless of course the first was having an off day and is wildly off the mark!

I’ll finish with the Pratfall Effect, whereby if a brand, product or person exhibits a flaw or weakness, they become more appealing. Volkswagen famously called their original Beetle slow and ugly, Stella Artois has stood by their expensive price point but that shortcoming brings quality, and there are countless others I’m sure you can think of.

All in all, it was a thoroughly engaging and insightful event and it’s certainly made me think about how I can bring behavioural science into the work that I do. I’d encourage you to do so too as it’s truly fascinating stuff!