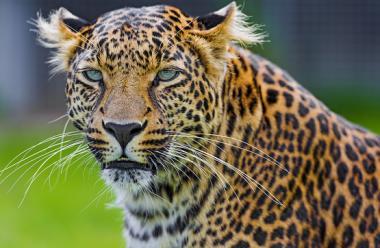 Blog post
Ours is a hire and fire culture. Perform or you’re out. We don’t have time to bring you up to speed, so we have found someone else.

It is such a limited view of the world, and completely at variance with everything we have learned in marketing and advertising – where persuasion is the fundamental model. Why would the techniques that work with consumers not work with employees?

There would be very little point in talking about behavioural change, much less recommending it, if people can’t or won’t change. Yet there is a strongly held view that leopards cannot change their spots, or as they say in France, ‘Chassez le naturel, il revient au galop’.

I have written two books designed to help people change behaviour for the better – Decide about making better decisions in a better way, and Mote about a radical reinvention of the traditional (and deeply flawed) business meeting. For the last 27 years I have worked with some of the world’s biggest companies, helping them make important decisions about which agencies to appoint, and how to work with them. This has involved sitting through many hundreds of meetings.What have been the most important learnings?
And my take after over a quarter of a century of managing pitches? Don’t assume that firing your agency and hiring a ‘better’ one will work. It may be better to put the effort into improving the partnership you have. My focus is increasingly on relationship evaluation and enhancement.

Changing people (and the way they think and work together) will often be more effective than changing the people.
Read more from David Wethey in our Clubhouse.