The Value of creativity

The Value of creativity 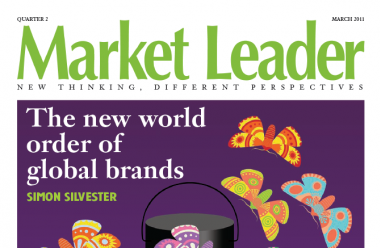 The practical aspect of the creative process has been argued for decades. For many agency creative teams it was the only thing that mattered; for many clients it was a distraction from the business of selling. The gulf between clients and agencies in this respect has narrowed in recent times, as evidenced by the launch of the Creative Effectiveness Lions at the Cannes Lions Advertising Festival – an event historically dominated by creative categories. But the divide persists in less-enlightened quarters.

So, not surprisingly, when The link between creativity and effectiveness1 was published it received a mixed response: enthusiasm from creative agencies and scepticism from some others. Both responses are entirely appropriate for reasons I examine here.

The study aims to provide the most robust examination yet of the commercial benefits of creativity in communications – not just for traditional advertising, but online too. The analysis compares the hard business results of the 170 or so IPA for-profit campaign case studies submitted since 2000 that did not win any major creative awards with the 40 or so that did win creative awards (for online and offline).

The important mismatch is in the relative level of investment behind the campaigns defined by their ‘extra share of voice’ (ESOV), ie share of voice minus share of market. ESOV has been widely validated as a key driver of effectiveness – if it is positive then brands tend to grow and if negative, shrink in proportion.

Why is creativity started of investment?

It is interesting to explore why the demonstrably highly effective creative campaigns were relatively starved of investment. It cannot be simply explained by suggesting that creativity was a consequence of lack of available budget (‘we have no money, so we shall have to think’) – if so, then the proportion of brand leaders among the creative campaigns would have been lower than among the non-creative campaigns (which it was not), as brand size is a major determinant of budget.

I believe two alternative explanations, the folly of which are both highlighted by the study. The first of these is the belief by many in general management that creativity is risky. Highly creative campaigns (if they are ever allowed to see the light of day) are likely to be budget-restricted until they have proved themselves in the marketplace. In fact this study suggests that the opposite is true – the levels of confidence in the relationship between share growth and ESOV were greater for the creative campaigns than non-creative ones. This suggests greater certainty of effect for creative campaigns.

The second explanation is widely evidenced in case studies and is more inexcusable. The conventional ‘logic’ peddled by many advisers to clients is that the benefit of greater effectiveness is the ability to reduce the budget and still meet the brand’s targets.

It is a seductive argument and one that will meet with enthusiasm by the CFO; it is also about the worst, most short-sighted piece of advice you could give. For one thing, the analysis shows that the benefit of creativity increases dramatically as the budget rises (and can be completely negated if it is cut too far).

For another, consider what this ‘logic’ actually means: it is the cutting of investment behind a highly productive but time-limited asset (even creative ads wear out) so that it delivers the same level of growth as a mediocre asset. Unless your business would genuinely be unable to supply the greater level of demand (perhaps true of automobile companies, but few others) then it must make sense to increase the media budget to ‘sweat’ the asset while it is still potent. No agency can guarantee to deliver a sequel with the same power, so the study advises making the most of what you have.

The analysis showed that the business advantages of creativity lie across the spectrum of metrics. Taking the effectiveness success rate (the proportion of campaigns that achieved any ‘top box’ business effects scores – for example, price sensitivity, penetration, profit growth) as a metric of broad business success, the study showed considerable uplifts in broad business effectiveness within ESOV bands among creative campaigns (see Figure 3).

As a final step in demonstrating the link between creativity and effectiveness, the study looked at the link between levels of creativity (measured by the Gunn Report score – the number of major creative awards won by the campaign) and the levels of effectiveness (measured by the number of ‘top box’ business effects scores achieved – which correlates closely with return on marketing investment).

Again when the ESOV levels are accounted for, it becomes very apparent that greater creativity leads to greater effectiveness among this group of campaigns (see Figure 4).

How awards were won

Perhaps the most practical facet of the study was the examination of why creatively awarded campaigns outperformed non-creative ones.

The analysis suggested that two factors were involved. The lesser of these was the greater likelihood of the creative campaigns to be emotional in terms of modus operandi.

Campaigns that generate buzz were shown (also in Marketing in the era of accountability) to be the most effective of all, so creative judges are again instinctively selecting in favour of effectiveness by tending to award campaigns that have what it takes to get shared and talked about. The study therefore offers a fairly convincing body of evidence to support the link between creativity and effectiveness and a reasonably compelling explanation of why it should exist. End of story?

All that glisters is not gold

The study appears to have presented an open-and-shut case for the pursuit of creativity. And in a sense that is true – the analysis implies that a strategy executed creatively is likely to be greatly more effective than the same strategy executed non-creatively.

But let me side with the sceptics for a moment by inserting a note of caution into the interpretation of the findings.

In Donald Gunn’s landmark 1996 study (Do Award Winning Commercials Sell? – sadly unpublished), he found that around 14% of creatively awarded campaigns failed to show any commercial success – usually because the strategy was wrong. If one looked for the levels of commercial success and of its proof that are expected of IPA case studies, then the proportion of creatively awarded campaigns that are unable to demonstrate success is likely to be much greater.

No amount of pure creative genius will turn a misguided strategy into a commercial success. The analysis demonstrates that you need to focus on both effectiveness and creativity to hit the sweet spot. And herein lies the danger of the enthusiastic response to this report by creative agencies and the reason why the sceptics may have a point.

An agency that targets creative awards alone as its key output success metric (as some may be tempted to do) runs a great risk of undermining the value of that creativity, because the drive for creative awards will mean de-prioritising effectiveness. This is Goodhart’s law in action: when a metric is turned into a target it loses its value as a measure of success. Perhaps this already happens. There are many conspicuously creatively awarded campaigns that never seem to submit effectiveness case studies. If I were a client of one of these campaigns I would want to know why.

The only wise response to this study is for agencies to pursue – and clients to reward – success in both creative and effectiveness awards competitions. Greater success in one of these should be taken as evidence of room for improvement in the other and a need for better balance.

I greatly welcome the decision to include a creative effectiveness jury at Cannes this year. This has to be a good development and if replicated at other major creative award competitions will help promote the kind of balance that is needed to ensure the general link between creativity and effectiveness. It is unlikely to do away with the need for pure effectiveness competitions, because there are many ways other than creatively that agencies can create value for clients – indeed increasingly so in the proliferating multichannel communications environment.

The important outcome is to find a productive balance between the pursuit of creativity and of strategic effectiveness. The alternative is either a return to the often ill-directed creative excesses of the 1980s or to the deadening era of riskaverse accountability of the noughties.

References: 1. The link between creativity and effectiveness, IPA, June 2010. 2. Marketing in the era of accountability, Warc, June 2007. Warc, publisher of Market Leader, is the official knowledge partner for the Cannes Creative Effectiveness Lions. For more information, please visit www. canneslions.com/effectiveness

No amount of pure creative genius will turn a misguided strategy into a commercial success. You need to focus on both effectiveness and creativity to hit the sweet spot