Watch out for the ‘IKEA effect’

Watch out for the ‘IKEA effect’ 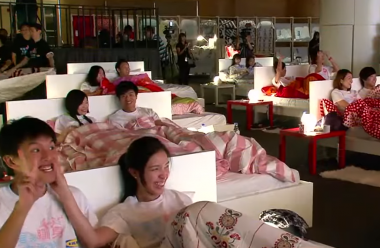 Blog post
Back in March we showed you how IKEA Israel took over the Big Brother house in a unique marketing strategy that produced sell-out results. IKEA is popular the world over. One of the keys to their success: before the Swedish brand sets up shop in a new country, they carefully examine how people live, ensuring that their offers (products, category management, etc.) are relevant to local audiences. This month, we’re going to take a look at the successes and failures that the brand has experienced in their quest to localise to foreign markets.

Bigger is better
IKEA moved to the USA in the 1970s and encountered many challenges, as the range of furniture was not suited to the American lifestyle. For example, IKEA’s drinking glasses were smaller than what Americans were used to – consumers were mistakenly purchasing flower vases to drink out of! When IKEA realised the hurdles in this market, they began to adapt their US product range, ensuring that their merchandise met the needs of the average American shopper.

The place to be
In most countries, IKEA’s global branding campaign focuses on promising low prices. However, this method does not work in China, where Western products are seen as aspirational. In order to appeal to this cultural outlook, IKEA has shifted their focus to target the younger middle-class; with higher incomes and a better education, this group is more conscious of Western styles.

In support of this shift, IKEA recognised the importance of social media in China and launched campaigns on websites such as Douban, a Chinese social networking site, and Weibo, a micro-blogging site, allowing them greater interactions with their target customers.

While in Western countries, people go to IKEA to shop – and maybe eat some of those famous meatballs –, Chinese consumers see a trip to IKEA as an opportunity to relax and hang out. Many people even take their shoes off, get into bed and have a nap!  It became so popular that in 2013, IKEA Hong Kong hosted a massive sleepover for 1,000 people.

It’s also an opportunity for couples to start talking about marriage and creating a home together. The IKEA store in Nanjing even hosted a wedding with three couples as part of a PR event, setting it up in a Swedish style and serving Swedish food.

South Korea
IKEA spent 6 years researching how South Koreans live before opening a store there. They carefully tailored their product offering to their new customers, making sure to include the kimchi refrigerator, an item exclusive to Korea. There were also small details to consider, for example that South Koreans have a preference for metal chopsticks. The first South Korean store opened in 2014 and is IKEA’s biggest to date. They are set to open another in 2017 which will be even bigger!

Keeping it Swedish
In 2012, IKEA was criticised by global media for deleting images of women from its catalogue in Saudi Arabia. While the same photos were used in both the Swedish and Saudi catalogues, the Saudi version showed that women had been airbrushed out of otherwise identical photos. Although there are no restrictions in Saudi Arabia on women appearing in advertisements, it is rare; when they do appear, they wear long dresses and cover their hair. Interestingly enough, the complaints came from outside of Saudi Arabia, with the Swedish equality minister, among others, criticising the company for going against Swedish values and supporting anti-feminist rhetoric.

With a presence in over 35 countries, it’s clear that IKEA’s approach to opening shops in new countries is, overall, a success. But, it’s important to note that localisation has its limits; although 5-10% of the IKEA range is country specific, experience shows that the company must still ensure that they do not betray their core principles and values when expanding and adapting to a new market.