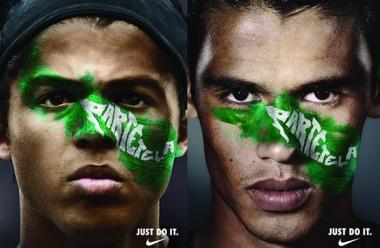 With the FIFA World Cup approaching in a few short months, football has been a major topic of interest for marketers. That is why we have recently been on the lookout for markets that have embraced the sport. This post uncovers a country whose contemporary culture is closely intertwined with the 'Beautiful Game', as a result of many years of losses, successes, and – most importantly – patriotic support.

Mexican football was born in around 1927, as the Mexico National team (affectionately referred to as El Tricolor by its fans) was assembled ahead of the first World Cup. Despite its eager participation, the first few decades were filled with nothing but losses. Yet with every defeat, support for Mexico’s national team only seemed to grow stronger. After years of development and investment in the sport, the plucky nation hosted their first World Cup in 1970. Mexico’s determination had clearly paid off, as their national team was able to advance to the quarter finals: a significant accomplishment for a country that had been fighting for a win for years. The resulting resilience and optimistic outlook toward football and the national team has since been engrained into Mexican culture.

This year, the current sponsor of the Mexico National Team, adidas, has chosen to play the patriotic card with an innovative concept: the visitor jersey. The ad introduces three Mexican fans currently living abroad, who explain what it is like to support the National Team while outside of their home country. One thing that remains clear is their undying passion for their home team – the advert concludes with each fan receiving an unexpected gift for their loyalty. Absence makes the heart grow fonder, right?

Whilst adidas rewards loyal fans living abroad, Coca-Cola’s latest campaign targets those at the other end of the spectrum, by encouraging local fans to get involved. As part of its partnership with the FIFA World Cup, the light-hearted commercial depicts a Coca-Cola-themed truck which drives around the country playing 'Cielito Lindo' (Lovely Sweet One), a song commonly used during international events such as the World Cup. The resulting video portrays the great camaraderie that exists in Mexico, and their never-ending love for the game.

Central-American baked goods brand, Bimbo, decided to use tactful humour as leverage for their pre-World Cup campaign (launched in August 2012 – nearly a year ahead of the competition). With the collaboration of world-renowned football players Cristiano Ronaldo and Lionel Messi, the adverts introduce their line of goods that contain 'Actileche' (fortified milk) through a hapless mother who fails to recognise the two international superstars in a supermarket. In the first spot, she bumps into Messi who she mistakes for a famous singer/TV actor. The follow up episode shows Ronaldo asking the lady for an autograph in a supermarket aisle, having recognised her from the previous Bimbo advert, to which she answers 'You don’t need fortified milk, you actually look very fit, you should be famous!' It is a situation that no true football fan – whatever their country or team – would find themselves in, but it positions the brand at the heart of their shared passion for the game.

Finally, a recent campaign by Nike for the national football team succeeded in both promoting the brand and capturing the mood in Mexico. With the Mexican side teetering on the brink of exclusion from the World Cup qualifiers, Nike responded with an ad exhorting the players to 'Partétela': to do everything in their power to win. This is a prime example of how trying your best – even when the odds are stacked against you – is highly prized within Mexican culture.