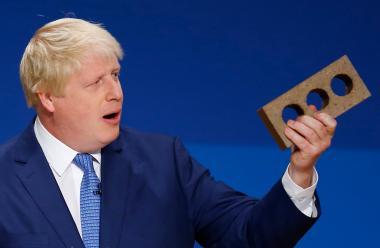 Why we left: a behavioural science view

A few weeks ago I was at a research awards ceremony, and Brexit was on everyone’s lips. “What do you predict?” asked one of the people on our table. Round we went. Remain, narrowly. Remain, comfortably. Remain. It came to me. “I honestly think we’re going to Leave,” I said. This wasn’t a personal preference, I added. “I’m 100% Remain. But Leave have the energy and they have the story, and they’ve made it tangible in voter’s minds.”

Sad to say, I was right. I’m not going to pretend to be non-partisan about the result. But I can offer some hopefully neutral and useful analysis of how it happened, rooted in the behavioural sciences we use in our work at BrainJuicer.

The first point to make is that it shouldn’t have happened. People have an innate bias for the status quo – a gut liking for the familiar, which in this case should have been the EU, since we’d been a member for 43 years. Though looking at the age breakdowns of the vote – strong Remain among the young, strong

Leave among the old – you wonder if there was a residual “lost familiar” bubbling to the surface, a previous version of Britain which might have lingered as a distinctive memory among older generations.

Even so, status quo bias is tough to overcome, which is why the bookies and betting markets always gave the edge to Remain even when the polls were suggesting a far closer outcome. How did Leave manage it?

People make decisions using their fast, intuitive System 1 brains. During the campaign we ran an experimental study asking people whether they would vote Leave or Remain under time pressure – giving them only a few seconds, so we’d capture their instinctive choice, rather than their decision once they’d thought it through. The results were 54% Leave, 46% Remain – and the Leavers made their decision even faster than the Remainers, suggesting a firmer, more settled instinctive choice. We’ll be trying time pressure and response speed metrics in political surveys more in future, as this suggests there might be a role for them.

People then use System 2 as a way of backing those instinctive choices up. We saw this a lot in the campaign, as Remain wheeled out expert after expert to make the case for staying in the EU, and Leave rubbished or ignored them. Take a body like the International Monetary Fund, for instance. If you’re instinctively Remain, and it says Leaving will be a disaster, your System 2 can think of its vast experience in international economics. If you’re instinctively Leave, your gut is telling you not to believe the IMF’s warnings, so your System 2 can call on examples of it getting things wrong. Leave were very fast, and very good, at coming up with counter-facts which let their supporter’s System 2 confirm what they wanted to believe.

The status quo usually has an advantage in Fame – referendums tend to offer something new and less immediately familiar. This was part of what sunk the “Yes” side in 2011’s Alternative Vote referendum. In this case, though, the fact that an EU referendum had been on the agenda for close to a decade probably erased that advantage and let both options come readily to mind.

Feeling is more of a battleground. The Remain campaign started at a disadvantage – the British have never had a lot of positive affection or love for the EU, for all the good it may have done them. But they had other strong emotions they could call on – in particularly making people feel scared of the consequences of Brexit. This was “Project Fear”, as the Leave side called it. From a behavioural perspective, Project Fear had a lot to recommend it. Fear tends to induce caution – thinking twice about an option – which can work to reinforce the status quo.

On this occasion, Project Fear didn’t entirely work. There were two reasons for this. Firstly, by naming it and hammering home the idea that the Remain campaign were scaremongering, Leave managed the coup of sweeping genuine concerns up into the same bag as wilder fears of war. Secondly, the unofficial wing of the Leave campaign, Nigel Farage’s Leave.EU, fought fear with fear, using immigration as its weapon. Leave’s stoking of fears was easily as irresponsible as Remain’s, but by that time the story had stuck: Remain were the fearmongers.

What about positive emotion, though? To make people feel good about a choice it helps if you can tell a strong story, and here the Leave campaign had a further advantage. When we did some work on the archetypal narratives around Britain and the campaign, it pointed to a very close result. The most positive story – one of a “strong and fair economy” guaranteeing individual prosperity – seemed out of reach of both campaigns. In hindsight this showed the strength of Leave, as more conventional surveys showed Remain with a distinct economic advantage. But they hadn’t managed to turn it into a story people could believe and feel good about.

Leave, meanwhile, did have a strong story: “Take back control”. In archetypal terms, this took their strongest story – Rebirth, about learning from mistakes and starting over – and turned it into something that felt positive, dynamic, and forward-looking. (Rebirth stories can tend to have a nostalgic component). With a powerful narrative in play, all Leave needed was the message discipline to continually reinforce it – which they had.
But why is message discipline so important? That brings us to the third lever of System 1, Fluency. Fluency is all about making things familiar, so they feel like easy choices. In branding terms this is done by building up “distinctive assets” – things like colours, slogans, visual imagery which immediately and easily make a brand recognisable.

Exactly the same principle applies politically. Both sides had a set of unique assets which could help make them feel like a familiar, right choice. Remain had the Prime Minister and a host of other mainstream politicians. Leave had Boris Johnson, consistently the best liked politician in the country, and Nigel Farage, who may not be popular but is a highly familiar figure. But in other ways Leave used its assets far better. It had the snappiest phrases – “Take control”, “We want our country back”, “Project Fear” – and used them with fearsome discipline. It had the support of the tabloid press – very important for helping reinforce unique assets and make a choice feel obvious.

Remain, on the other hand, had a host of household names backing it, but didn’t make good use of them. A media campaign which downplayed politicians and made better use of British icons like Richard Branson, Rio Ferdinand and Delia Smith could have built a far better instinctive claim on “Britishness”. Remain also lacked a killer soundbite – “Stronger In”, its slogan, could easily be reversed, and it failed to consistently push the “Lead Not Leave” line, which had worked well for Tony Blair back in his day.

So on the crucial levers of System 1 decision making – Fame, Feeling & Fluency – the Leave campaign either levelled the playing field or used their strengths better. By doing so they nudged enough people into voting for them to overcome the innate bias for the status quo. We will all find out soon enough if that decision was the right one.