Could your brand pass the psychopath test?

Corporate personhood has a long-standing basis in law. Indeed, the idea that the corporation is a separate legal entity from the people who own it and work there is the foundation of corporate law.

Companies don’t automatically get the same rights as people (because they aren’t people), but it starts them along a metaphorical pathway. The idea became very divisive following a Supreme Court ruling, ironically called Citizens United, which sought to remove caps on individual political contributions, and corporations argued similar protections.

The idea that corporations are ‘people’ is the core idea of modern branding, based on an insight Stephen King gleaned during focus groups for detergents. Humans anthropomorphize everything, including brands, appending personality traits to inanimate objects.

King leveraged this observation into one of the great insights in advertising: the brand construct can function like a personality construct; people like different constructs for arbitrary reasons, and; this is malleable through advertising. So psychological attributes were built into brands and briefs.

In the 1960s, companies still understood that they had social roles and responsibilities. Even earlier, companies such as Cadbury and Rowntree were started by Quaker families explicitly to do well by doing good. They set up schools and published groundbreaking papers on poverty. Companies were part of communities.

“Quaker companies such as Cadbury and Rowntree, for instance, were founded on the principle that a company should improve its workers’ health and education. In today’s more cynical and competitive world, though, corporate virtue no longer seems a goal in its own right.”

This cynical and competitive world owes much to a single idea that began to change how corporations thought of themselves. This was ‘maximizing shareholder value’ — recently dubbed ‘the dumbest idea in the world’ in Forbes.

Its analogue was made famous by Milton Friedman in 1970, in his New York Times article ‘The social responsibility of business is to increase its profit’. This short article somehow became the guiding principle of all corporations, despite being a “pernicious” ideology that “has no foundation in history or in law”, according to Steven Pearlstein in The Washington Post. A secondary aspect of this, that came about earlier, was the idea of endless, quarterly growth, which is also what triggered the boom of advertising spend in the 1960s.

Constant growth requirements put incredible pressure on companies. This pressure began to erode basic principles of decency and society, which people running the businesses could compartmentalize by saying well individually I’m a good person, but I have a fiduciary responsibility to shareholders to grow and maximize value. So as long as we don’t break the law we are still being good, as per Friedman’s maxim. Then, gradually, it became clear that when corporations did break the law, no one individually seemed to be getting punished or going to jail. Rather, lawyers would negotiate with the government and eventually just settle by paying huge fines without accepting any responsibility. These fines were rarely as big as the profits created through doing whatever illegal thing they got caught doing. Then, they realized that the fines themselves were a tax deductible business expense.

All of which created a perfect set of conditions and incentives to fundamentally change the nature of businesses.

So, at almost the same time that we understood that people naturally thought of products and companies as ‘people’ — and leveraged that insight to create communications — the behavior of companies began to change. They decided that the only thing that mattered was achieving financial goals for shareholders.

They ignore negative externalities incurred by the environment as much as possible for the sake of the bottom line, as Exxon did for 40 years. They knowingly poison their communities, as Dupont did for decades. 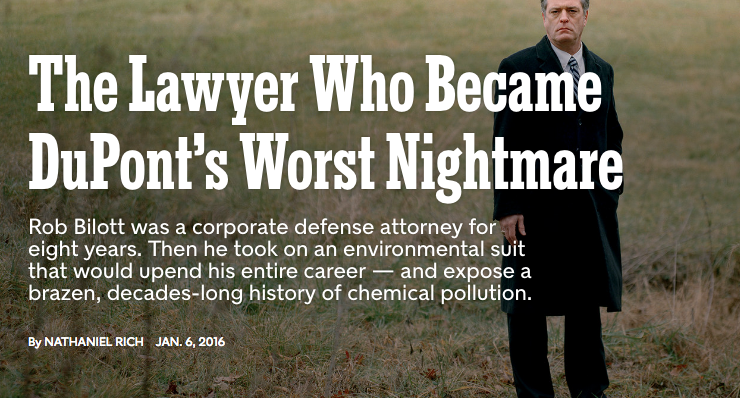 They demonstrate a grandiose sense of self-worth, especially in their communications, escalating the benefits they offer their customers into promises of a life well lived.
They are unwilling to accept responsibility for their actions, preferring endless litigation and fines that accept no fault.

They overweight short-term gain despite the damage it does to the economy.

They certainly show a lack of empathy, for example when Wal-Mart was discovered to be taking out life insurance policies on its staff, with the corporation as the beneficiary, rather than their families. It’s called “dead peasant” insurance, and it’s quite a common practice.
All in the name of shareholder value maximization.

Now, if corporations are ‘people’, they seem to fit neatly into a certain diagnosis. Here are some of the criteria used to make this diagnosis: glibness/superficial charm; grandiose sense of self-worth; pathological lying; conning/manipulative behavior; lack of remorse or guilt; lack of empathy; poor behavioral controls; lack of realistic longterm goals; failure to accept responsibility for actions; and irresponsibility.

We call people who act this way psychopaths — the above criteria are 10 of the 20 listed on The Psychopath Test.

As you can see above, Trump score very highly indeed on the test. He lies easily, never accepts responsibility for failures, and has always been obsessed with his sexual prowess. This piece from an old lawyer of his speaks to this:

He doesn’t care about the truth, he will simply say anything he can to get more attention and to get what he wants.

Psychopaths cannot be trusted. This is manifested in the decline in trust that we have for corporations.

Does this matter? Yes, because all the higher-order values brands can create for products are dependent on them not creeping us out. The delta between their behavior and their promises creates dissonance which disrupts the positive impact of branding on price elasticity. It’s makes advertising agencies look like stooges for cheating manufacturers like VW as they commit huge trust violations that will poison our air for decades to come. It taints all advertising with the same pollution.

Helping rehabilitate the corporate psychopath is a great role for agencies, and less so for the accountants and Accentures. Agencies are usually comfortable in emotional territories and the others aren’t well placed to move into it.

Empathy, for employees, customers, and culture must be delivered in how the company acts —how it makes its products, how it sells them, how it files taxes, how it treats workers, how it communicates — in order to rebuild trust in brands as part of society.

The rise of socially conscious brands and ideas can be seen as a backlash against this corporate psychopathy. TOMS, Warby Parker, Patagonia seem like new kinds of corporations that care about more than just the bottom line. Acting with empathy is a requirement for being a normal ‘person’.

So, rather than decrying corporate personhood, we should help them live more fully up to that metaphor. Give your brand The Psychopath Test, and start giving it therapy.