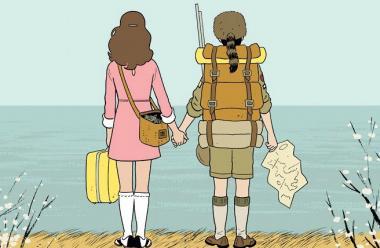 As the dust settles here, in Europe and the US, many marketers are now wondering how best to navigate the fast-changing world. Based on our recent research, we’ve put together a survival plan.

It’s important to understand what actually happened – on both sides of the Pond. There were some clear parallels in both campaigns. Both Brexit and the recent presidential elections highlighted a generation gap. Trumpers and Brexiteers were older: just 37% of 18–29-yearolds voted for Trump, and 27% of Brits of the same age voted Leave – while 53% of US voters aged over 65 voted for Trump – and 60% of British voters aged over 65 voted Leave.

1 The mindset that you bring to the project
We all need to check our own bias. Throughout the campaign, speaking at events, I took to asking for a show of hands, querying, ‘Who will win?’ Every hand would go up for the Remain camp. The same misplaced confidence pervaded the Clinton camp in the US. The campaigns were also subjected to the same bias, with the Remain camp producing economic arguments that did not connect with the wider population, while the Clinton camp, especially in its response to Trump’s apparent misogyny, shored up its own side but potentially alienated the very swing voters it needed to persuade.

2 Shape your own ‘change back’ message
Crucially, here and in the US, the winning campaign was not strictly about change, but rather about changing back. Those big, capacious messages that targeted discontented voters so astutely focused on an approach to change which carefully avoided pitching everyone into an uncertain future.

Instead, the successful campaigns looked backwards with warmth and nostalgia. In the UK, voters were urged to ‘Take back control’, while Americans were invited to ‘Make America great again’.

3 Talk values (as opposed to value)
The importance of nostalgia gives us some useful clues to people’s priorities. While the mantra for the Bill Clinton years was ‘It’s the economy, stupid’, it is important to understand that Trump voters – while many were financially ‘left behind’ – were as motivated by cultural drivers as they were by the economy.

The same was true in the UK, where Lord Ashcroft’s post-Brexit poll showed how Leavers tended to reject the ‘isms’ that so motivated remainers, with globalism, feminism, and environmentalism all getting the thumbs down.

Crucially, the Trump and Brexit vote have given a home to people who previously felt isolated. This tribalism was well expressed by a man in a post-EU referendum focus group, who told us: “When I heard we’d gone Brexit, I felt like England had won the World Cup.”

4 Get out of your comfort zone and listen to people whose views are counter to your own
Francis Bacon talked about the ‘echo chamber’ as long ago as 1620: “The human understanding when it has once adopted an opinion draws all things else to support it.” He only had to deal with confirmation bias, not confirmation bias enhanced by online selection – hardwired and social.

Recent research into online echo chambers in the US has shown that Republicans are three times less likely to see or hear liberal content. Conversely, Democrats are 10% less likely to come into contact with Conservative thinking.

It is vital to reach out to new audiences via new channels – it’s not enough just to have the right message. Situate your argument where the people you want to reach currently are – not where you are. If you want to understand Trump voters, you could do worse than tune in to Duck Dynasty – a TV show that is hugely popular in the Rust Belt states but sneered at by urban East- and West-coasters.

5 Accept what has happened and move on
The divisions in US and UK society have been exposed by these electoral contests and people on both sides of the debate feel sore. The best way to achieve your communications goals is to stop fretting about what has happened and start acting on what you want to happen next.

Deborah Mattinson is founder and director of BritainThinks. This piece was taken from our March 2017 issue of Market Leader.