To survive and thrive in our digital age, make a list 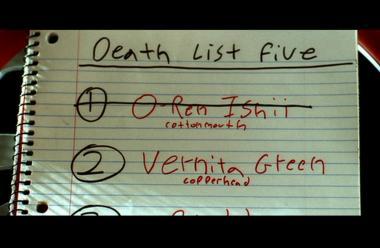 Think piece
I love making lists. They help me organise my life, both personal and professional. But I have sometimes worried that my list-making meant I was too process focused; not free thinking enough. So, I was pleasantly surprised to read an article in The Times that had this to say about list making: "Don’t be ashamed — it’s an outlet for creativity and a stress buster."
Below, I list some of the reasons why list making is actually to be embraced in today's digital age.
1. Managing in an age of data overload
As the article says, we are bombarded with information today. “In an age of information overload, we need systems outside our heads to help us,” according to Dr Daniel Levity, a cognitive neuroscientist and the author of The Organised Mind. Dr Levity found that many high-powered bosses use "the low-tech method of pen and pad to organise their day", writing in his book that “Categories can offload a lot of the difficult work of the brain.” Even the poster-boy of rebellious creativity, Richard Branson, has said “I live my life by lists.”
2. A moment of mindfulness
Mindfulness is all the rage these days. It has "been hailed as (the) calming tool of the 21st century," as The Times says. And it looks like lists could be one way to have a moment of mindfulness, with the article going on to explain that "psychologists point to the soothing quality of list-making in an increasingly fast world."
3. An enjoyable ritual
This mindful quality of list making is enhanced, I suggest, by choosing to carry out the ritual with nicely designed objects. Like many marketing and advertising folk, I'm a fan of Moleskine notebooks, a brand I posted on here. I use mine as a diary, for my to-do-list and for note taking. And I still remember how my first marketing director used a Mont Blanc fountain pen for his list making.
4. The joy of task completion
I know there are plenty of apps for list making, and I've tried a few. But in my notebook, these digital tools can't replace the sense of satisfaction I get from crossing off items on my to-do list with a pen.
5. Even digital leaders like lists
I love the story about lists told by Sheryl Sandberg, Facebook's COO, in her autobiography Lean In. She carries around a notebook and pen to track her to-do list, even though this was like “carrying round a stone tablet and chisel” inside her company. So, if its good enough for Sheryl, don't let those digital divas put you off your notebook.
In conclusion, if you are feeling stressed by the number of things to do in your life, perhaps its time to put down your phone, close your laptop and pick up a good old fashioned notebook and pen to make a list.