Why brands need to pick a side and face the consequences

Why brands need to pick a side 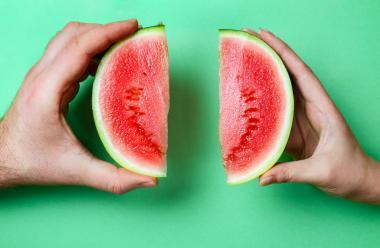 It’s rare to talk about marketing without hearing the phrase ‘brand purpose’. Whether it's the world-changing Tesla, or a humble pack of chewing gum (Wrigley's exist to 'Brighten Everyone's Day' if you were wondering) the value of brands having a distinct purpose is now a basic necessity.

Overall, this has been a good thing. Despite a host of brands puffing hot air, purpose has led to creativity that aims to have an impact in the world. It has elevated the role of brand within organisations and motivated employees behind a common goal other than purely profit.

But this surge in purposeful brands means people now consider brands sentient beasts. There's an expectation for brands to make the right choices. Not just once in a tear jerking manifesto film, but on an ongoing basis. The metric for what is right, of course, is subjectively tricky to define.

“These polarised times mean people are expecting brands of all shapes and sizes to choose which side of the fence they sit.”

The challenge for brands is made trickier still because we inhabit a world split right down the middle. Challenger brands have long embraced a strategy of polarising, knowing that the potential upside of being loved by one tribe and loathed by another is better than people feeling indifferent. These polarised times however, mean people are expecting brands of all shapes and sizes to choose which side of the fence they sit. The results of which have allowed for some glorious rubbernecking as brands discover the quickfire consequences of taking sides.

With a flurry of new #Boycott <insert brand name here> trending every day. It doesn’t matter what you sell, no brand is safe from a consumer who believes you have backed the wrong side. In the current climate, it's impossible to please everybody, and as such, no particular position is safe.

Take Starbucks' response to Trump’s potential so-called travel ban. The brand pledged to hire 10,000 refugees over the next five years. Although some people met this gesture with cheers, #BoycottStarbucks began trending on Twitter.

Similarly, Budweiser’s Super Bowl ad which was deemed as pro-immigration led to angry threats to ditch the (previously considered ‘all-American’) beer whilst others pledged to buy it in bulk. This highlighted that responding to our split political climate can lead to both good and bad-will in equal measure.

At a grassroots level, people are combining their efforts across multiple targets with both #TheResistance and #GrabYourWallet movements. As punishment for toeing the new White House’s party line, these aim to hit brands where it hurts most - in the pocket.

Under Armour fell foul to a backlash after their CEO Kevin Plank expressed his excitement at having such a ‘pro-business president’. Sponsored athletes vocally condemned this point of view and #BoycottUnderArmour gained momentum.

In response, Plank took out a full page ad in The Baltimore Sun where he used a letter to personally clarify that he did not agree with Trump’s approach to social justice.

Similarly, sparks flew when fashion retailer Nordstrom pulled Ivanka Trump’s brand from their range after sales began to plummet. Unsurprisingly, Nordstrom received a huffy tweet from President Trump himself and once again, the twitterati responses involved adulation and disgust in seemingly equal measure.

“For years brands were dying to ‘join the conversation’ and now they’re involved, people are demanding more”

Moreover, where brands claim they haven’t taken a side, assumptions are quickly made on where they may stand. Take Mark Zuckerberg’s ‘Building Global Community’ manifesto questioning whether collectively ‘we are building the world we all want’. Although avoiding specifics, Zuckerberg's choice of language around ‘divisiveness’ and ‘isolation’ led to swift interpretations of an anti-Trump message.

For years brands were dying to ‘join the conversation’ and now they’re involved, people are demanding more from them. And since this boycott train doesn’t feel like it is slowing down, brands need to be confident and consistent in delivering on what they believe.

For a brand with a clear, longstanding purpose, taking a side is made much easier. Take Airbnb’s 'community commitment' request where they ask travellers to accept their terms and conditions of use. 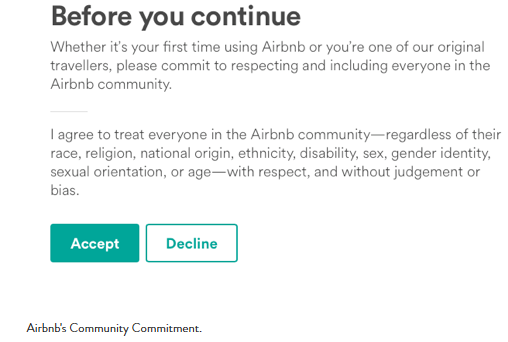 The set of principles of worldwide respect and tolerance is perfectly in tune with their brand and beliefs. Failure to accept results in the user being unable to host or book a trip. Like many a challenger before them, it's an opportunity to show that there are people they are for and others they're against.

Perhaps people's response to brands who pick-a-side has intensified because we have lost faith in those who we expect to lead us. Instead we are increasingly relying on big businesses, rather than politicians, to fix what is broken. Many brands seem to be embracing this new pressure with promises that they can fix the world. Here’s hoping some of these actually do.