Why challenger brands matter in the age of disruption 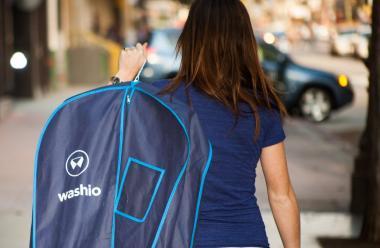 "Disruption" has become such a buzzword, pervading everything on down to mayonnaise marketing, that people have begun to assume that it's the goal of challenger brands. But challenger brands can't let themselves become swept up in the mania for disruption.

Harvard Business School professor Clayton Christensen, who coined the term "disruptive innovation," is as responsible as anyone for creating the hype, albeit inadvertently. Steve Jobs and Jeff Bezos loved Christensen's book, "The Innovators Dilemma," and such high praise from high places is catnip for Silicon Valley wags. As a result, "disruption" has become the ubiquitous verbal tic we hear today.

But Christensen had something very specific in mind: business-model disruption that comes from a competitor serving an overlooked segment with a low-cost offer, and then migrating up the value chain over time by leveraging a superior cost structure. A classic example is how Toyota disrupted and won in the U.S. car market in the 1960s.

Then there is the kind of disruption that Jean-Marie Dru, head of advertising agency TBWA, describes in his book, "Disruption." Here the emphasis is on breaking the conventions of a category or industry to offer something substantially new, or being disruptive in the way one markets oneself. Vice Media's "immersionism" approach to news is a good example of this kind of disruption, as is Thinx and its entirely novel approach to dealing with menstruation not through tampons but underwear.

But most commonly, disruption is the kind of creative destruction that we see upending many industries today. It is exemplified by the kind of 10x thinking of Google's Larry Page, whose aim is to be not just 10% better but 10 times better.

Amusingly, Disruption Theory gurus are a little upset about what they consider the misuse of their term. They might even argue that Uber is not a disruptor. Uber entered an existing market with a better service, but not one that is radically cheaper or that brings an entirely new consumer into the market. Uber just moves taxi riders elsewhere. While possibly a 10x improvement over traditional cabs, Uber is not, technically, disruptive under Christensen's definition.

On the other hand, the gurus might argue that Netflix is a disruptor. Its initial mail order service of older movie titles was the poor relation to the Blockbuster experience of impulse shopping for new releases. Nevertheless, Netflix gained a toehold with movie buffs, and it later conquered all when it changed its offering to all-you-can view deals in an on-demand format.

If you're scratching your head over the Uber and Netflix difference, it's because we've all been guilty of employing a more everyday definition of disruption than Disruption Theory. But if you're conducting a technical analysis of a business model, it's important to understand Christensen -- although ultimately the best people to ask about whether Uber is disruptive are taxi drivers. All of those, "We're the Uber of…" companies (Saucey for booze, or Push For Pizza for pizza delivery) may not care that they've failed to meet the criteria of Disruption Theory now that they've been funded, but they should. Not understanding whether you're creating a long-term, defensible business model could be a strategic error that catches up with you once every entrepreneur in town sees how easy it is to copy your technical capabilities.

On-demand laundry start-up Washio is one such 'Uber-of-x' companies that made this error. Soon after Washio launched, Cleanly, FlyCleaners, and a host of other on-demand laundry apps entered the market with the same technology and the same business model. Rather than transition from disruptive innovation to compelling brand experience (as Airbnb has done so successfully), Washio remained a 'once-innovative' app, with little else to differentiate it. Washio closed for business in August this year, despite raising $16.8 million in funding.

So, in the event you aren't able to monopolize via a disruptive business model, disruption in the branding sense becomes essential. If your business model isn't capital D disruptive, your marketing had better be. This is especially true for those whose ambitions exceed their available resources, i.e. the challenger brand.

Craft beer pioneer Brewdog launched in Scotland in 2007 with a $30,000 bank loan. Today, they're entering the U.S. market with a valuation of $350 million. Brewdog makes very distinctive beers with very distinctive stories, while railing against mainstream beers. They create loyal fans and advocates through crowd-funding campaigns called "Equity for Punks," and give away their best recipes to them. And they generate notoriety with their outrageous publicity stunts. There's very little of the kind of business model disruption that Christensen argues for, but their marketing certainly has been distinctive.

Not so long ago, before "disruption," "best practice" was the religion. Everyone copied the procedures and practices that were deemed to be the most effective, including in marketing. There's a logic to this, of course: this is how conventions are created. Look at car advertising, supermarket design, domestic beer marketing, and most hotel experiences today. All are expressions of best practices, which inevitably must stop working in time because they fail to make your brand distinctive.

Categories get stuck, until someone unsticks them. As described in "Eating The Big Fish," my colleague Adam Morgan's book on how challenger brands can successfully compete, it's the challenger that has no choice but to try to do that. In addition to being out-resourced by the big fish, the little fish must fight inertia -- an unwillingness to change on the part of the retailer, customer, or prospect because the psychic rewards of routine are so strong. The challenger must introduce new criteria of choice into the category, and this must be driven by a strong belief in how the category should be. The challenger needs absolute conviction to fuel a relentless stream of innovations, big and small.

Belief and conviction is what distinguishes challenger brands from disruptors, however we define them. The disruptor more often than not starts with an insight about a technical capability or an engineering breakthrough. But challengers use ideology. Ideology determines where challengers focus their disruption, helping them apply effort to where it matters most, according to their worldview.

So while BrewDog brews outrageous beers and raises money from fans because of their conviction that corporate brewing is bland beers made by bland suits, conventional sales and distribution channels work just fine to serve their cause.

Google's parent company Alphabet is at the other end of a spectrum. It begins with engineers defining big technical challenges, or "moonshot" projects -- how to solve traffic accidents through autonomous vehicles, or bring the Internet to rural areas via a network of balloons traveling at the edge of space -- rather than with a group of people on a mission to right some wrongs in an industry that they think has lost its way.

The gold standard, of course, are businesses that succeed on both fronts. Warby Parker has a disruptive manufacturing and business model in the Christensen sense, offering at launch a limited selection of simple eyeglass frames, sold online only, for a price of just $99. But Warby has also been innovative in how it generates trial and awareness (Home Trial Kit), and how it maximizes impact from owned media (a recent Annual Report "went viral"). Their every action seems to be animated by their belief that "eye glasses shouldn't cost more than a smart phone," and its charismatic founders are building a culture capable of furthering that cause for a long time to come.

It's interesting to consider Toyota today in this light. Their disruptive model of the 60s was eventually copied -- thanks in part to their generosity in sharing the insights of the Toyota Production System -- and others caught up. The apparently inevitable contest between them and the autonomous vehicles of Google (and maybe Apple) will require Toyota to leverage their manufacturing prowess once again and hit more competitive price points than powerful new adversaries. But what worldview will animate their business for this new world? What will be the driving belief of the Toyota of the 21st century that will inspire a cascade of innovation through the entire system, energizing the culture for the next 50 years?

And come to think of it, couldn't Alphabet benefit from having a more coherent point of view about what drives its engineering-led disruptions? Clarity around what a business believes in, and what change it's trying to bring about, acts as both inspiration and filter for the kinds of disruption it will pursue. Without that clarity, disruption becomes chaos pretty quickly.

Mark Barden is a partner at the consulting firm Eatbigfish, experts in challenger brands. He is the co-author with Adam Morgan of the book "A Beautiful Constraint: How to Transform Your Limitations Into Advantages and Why It's Everyone's Business."