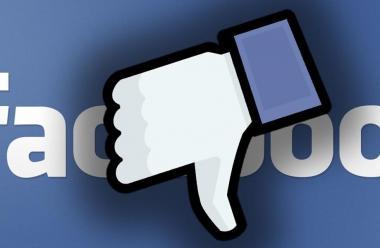 Way back in 2014 we posted on the limited effect of Facebook likes on driving brand growth. Its nice to see that three yeas later the esteemed Harvard Business Review (HBR) is now ‘on the same page’ as us  A recent HBR article shot holes through two flawed assumptions that lead brand teams to waste time, talent and money getting likes for their own Facebook pages: i. attracting followers will drive sales, ii. followers’ endorsement will cause their Facebook friends to buy more. The article draws on 23 experiments involving more than 18,000 people.

1. Facebook followers are already brand users
There is data out there suggesting that liking a brand does drive sales. A recent study by comScore and Facebook suggested that people liking a brand’s Facebook page buy it more: people liking Starbucks’s Facebook page, or with a Facebook friend who liked it, spent 8% more a month versus the general population. However, as the HBR article says, “that study and others like it contain a fatal logical flaw. They confuse cause and consequence.” As they go on to say, “Its possible that those who already have positive feelings toward a brand are more likely to follow it“. Right on HBR. Data from the study we did in 2012 shows that over 80% of Facebook likers were already users of the brand.

2. Facebook page likers don’t buy more
The lack of effect of Facebook page likes on purchase is confirmed by research quoted in the HBR article that used an ‘A/B’ test. All participants were given coupons for a free sample of a new cosmetics brand — redemption served as a proxy for purchasing.
Half the sample were invited to like the Facebook page
Half did not receive the invitation
And the results? Members of each group were equally likely to redeem the coupon; liking the Facebook page had no effect on brand purchase. What’s more, the HBR authors go on to say, “Across 16 studies, we found no evidence that following a brand on social media changes people’s purchasing behavior“.

3. Facebook friends don’t buy more
A second set of experiments showed that, “liking a brand on Facebook had no enhancing effect on the purchasing habits of friends“. In the study, 728 people who had recently liked a brand were asked for the e-mail addresses of three friends. A brand coupon was sent to each of the three friends, but with different information, and coupon redemption rates were measured:
Group 1: Told that his/her friend liked the brand in a conventional, offline sense – 6% redemption
Group 2: Told that his/her friend liked the brand on Facebook – 4% redemption
Group 3: just sent the coupon – 5% redemption
So, merely getting people to like a brand on Facebook  is unlikely to influence their friends. To note, what can work better is when Facebook posts indicate a Facebook friend is using a product, not just liking it, according to this study .

4. Facebook likers don’t behave differently
A final experiment with Discovery Vitality, a South African insurance company, showed that liking the brand’s Facebook page had limited effect on driving healthy behaviour (buying nutritious groceries, going for routine physicals, getting vaccines etc. in return for Vitality points). A sample of new Vitality customers were invited to like the brand on Facebook, with another sample forming a control group. The Facebook likers could engage with the company on its Facebook page, where it invests time and talent to create content (e.g. an app that to share health success stories, asking questions to health experts, participating in polls). But when the two groups of participants were compared there was no difference in the number of points accumulated. A key problem here is Facebook’s “edge rank”. As I posted on here back in 2014, edge rank decides which content posted by a brand appears in followers’ newsfeed, the place where the vast majority of Facebook content is viewed. Gallup research suggested that brands reach as few as 6.5% of fans with Facboook posts. In other words, 93.5% of your Facebook followers do NOT see that lovely content you are posting.

5. Facebook advertising can work
So, does Facebook have any use for brands? Yes it does, as a channel for good old advertising. This is shown by a follow-up experiment with Vitality using the same groups from the first experiment (Facebook page likers and a control group). Vitality displayed two ‘paid posts’ a week to members of the liking group. Participants in this group now earned 8% more Vitality points, on average, than people in the control group.
In conclusion, the HBR article confirms that getting people to merely like your brand’s fancy Facebook page is unlikely to help you sell more stuff. Using Facebook for targeted advertising may be a better use of your time, talent and money.
This was first seen here.