Cognitive biases in the workplace and how to counter them

Cognitive biases in the workplace 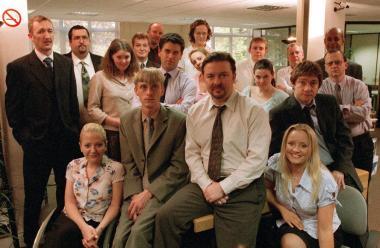 Blog post
Many companies engaged in the application of behavioural science on their offer to consumers, also apply the same insights internally too, thinking about how they can actively ‘dial up’ and ‘dial down’ cognitive biases in their everyday work to help people to make better decisions, carry out more accurate, unbiased analysis and become more efficient.
New thinking from top behavioural scientist Cass Sunstein has also added to this discussion. His book 'Wiser', published in 2015, analyses groupthink in decision-making, asking two important questions:
One of the principal failures he identifies in groups is what he calls 'happy talk' - when group members say that all is going well and likely to go even better - that there is nothing to worry about. These members silence themselves, not reporting what they know, because they want to please rather than feed in valuable information or don’t want to cause anxiety or disrupt the status quo with contrary suggestions. He finds that 'happy talk' is a pervasive source of group failures because 'no boats are rocked' and it breeds a culture of overconfidence.
His suggested strategies to reduce groupthink and 'happy talk' include:
At The Behavioural Architects, on large strategic projects we try to combat ‘happy talk’ by selecting one team member whose job it is to play devil’s advocate, also known as ‘Red teaming’. Whatever the consensus might be, it’s their job to suggest ways in which we might want to think about it differently. Other practices include asking people to send in or write down their individual private thoughts before a group discussion. This can be with internal teams, but also with respondent groups in our research – and can help to make someone more committed to their viewpoint and to sticking with what they believe.
We all need to recognise happy talk exists and where it can create suboptimal decision-making or actions. But the great news is once you are aware of it, it can be combatted and certainly lessened with carefully designed measures like those discussed above.

Read more from The Behavioural Architects in our Clubhouse.