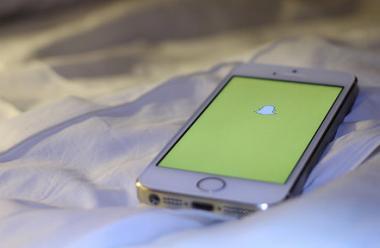 If only. But you need some basis for deciding who you’ll spend your valuable time with. That depends of course on why you’re doing it. Let’s assume for now that we’d all like to be able to spot which businesses are likely to survive and grow. The benefits to the investor are obvious, but no one who values their time wants to spend it with a loser. That’s a harsh word, given many entrepreneurs learn from failed ventures and go on to success. That’s not much use to marketers though. Much more useful to be at the vanguard of emerging and effective marketing tools than to be the best-briefed on obscure ideas that never go mainstream.

So, setting aside any expectation that reading this will guide you to a large stake in the next Instagram, here’s my guidance on picking the tech start-ups with the best prospects.

Spotting a top team
The classic VC criteria are: team, market opportunity, and product advantage. Most will say team is the single most important factor. Perhaps this is why many start-up pitches talk first, and more, about themselves, rather than about their prospective customers. This leaves me cold. Team is important, but assessing the quality of the team is not the same as being told about where they studied or what they’ve done before. My top three factors are:

Then there’s the listening thing. It’s tricky because starting a business takes resilience, and demands self-belief, but why waste your time with people who aren’t interested in what you have to say? The best teams are both confident and curious – so they engage when you challenge, rather than defending their position. Even investors look for founders who will listen and reflect rather than argue and defend. I tell start-ups they must at least appear to listen, because they can always ignore the advice later. Sometimes they must – start-ups get conflicting advice – but they should listen first.
*A team is two or more people each with a meaningful role – not one dominant player with lackeys.

Does the team feel the customer’s pain?
Let’s talk about the pain point.  A genuine and significant market need is as important as a smart team.  I see a lot of nice ideas about doing something for someone, both business and consumer-oriented, like bringing together new designers in one place, or sending me reminders when I need to keep in touch with my network. They're not bad ideas, but it's rare that they're anything more compelling than a minor convenience. Nice to have but I can live without it. These are vitamins whereas real problem-solving ideas are painkillers. Market opportunity is about size, and about competitors, but also about whether the need is worth solving. This is the hardest thing to gauge. It’s why a team that really knows the problem is so valuable.
Many start-ups seem more interested in raising investment than in generating business revenue.  I am wary of those. I also steer clear of the ones whose business model is to generate an audience by providing some minor service to the general public and then selling their audience to advertisers.

Who’s paying?
The popular Software as a Service (SaaS) model can be conventional or freemium, but many new business ideas are free to the consumer. Often this indicates a vitamin idea that’s not worth paying for. As the saying goes, “If you‘re not paying, you’re the product.”  Revenue is usually going to come from advertising or commission on sales, or referrals to other sites. This last one, the "affiliate model”, is a web favourite but to me it's the least attractive. Building awareness and a large reliable audience is expensive, and affiliates seem to add no value. Ok, now point out the hugely valuable businesses that prove me wrong. Facebook, Instagram, Snapchat. You can take a chance on that, but a service that the customer values enough to pay for is a better bet. (Please get in touch if you think you are seeing, or becoming, the next Google.)

What’s their source of competitive advantage?
Google is free to the end-user, but they did have superb tech applied to a universal problem, which generated a dominant position for advertising. Rare is the business that has unique patented tech that addresses a compelling need. It’s often pointed out that Apple were not the first with mp3 players, smart phones or tablets. I guess they had a fab team. Maybe they were not endlessly curious about their customers and how to solve their problem ever better, but, for everyone except the next Steve Jobs, that’s a good place to start. The innovation need not be in the code. It can be positioning, or pricing, or some simple twist that makes things easier or better for the customer. Equally, I’ve seen businesses with a unique and clever algorithm (and PhDs) struggling to find a compelling application.

Reality check
I can find exceptions to all the criteria above. There are plenty of me-too businesses – such as flight comparison sites and hotel booking sites – which have built scale and made money. But we only see the ones that make it. The quoted failure rate of start-ups is anything from 75% up to 90%. This is not about picking winners but avoiding spending time or money with those that won’t make it.

A clear customer-centric purpose can be powerful for any business. It doesn't have to be evangelical. Just useful.  Start-ups are frequently encouraged by investors to have a grand vision for world domination. This can become a statement about what the founders want, or what the investors would like. The most useful vision is one that shows how the business solves a problem. Ideally this will be a sufficiently irritating problem held by enough people with the money and desire to solve it that the addressable market is clear and sizeable. This means starting with the prospective customer - not the tech, not the competition, not who else doing something similar has raised gazillions in Series ABC investment. These things may add weight to the opportunity but they are not the opportunity.  Why does that matter? Because focusing on the customer need is the best way to figure out how to build a valuable business.

Read more from Fiona in our Clubhouse.

(Feature image on this page courtest of Maurizio Pesce.)