How can lotteries be used to help people save money? 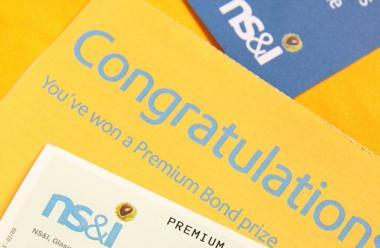 Blog post
Many people have little or no savings set aside for emergencies. The UK’s Money Advice Service recently found that 4 in 10 adults do not even have as much as £500 set aside for unexpected expenses like replacing the fridge or car repairs.  But the grind of putting money away for 'tomorrow' and budgeting carefully when income is already stretched is often not as appealing as the exciting prospect of winning a life-changing lump sum today by spending a couple of pounds on a lottery ticket or scratch card or two.
It is also the poorest households that often feel the allure of lotteries most strongly. In the US, according to one report, the poorest households - those with an annual income of less than $13,000 - spend 9% of their income on lotteries. A survey in the US found that 2 in 5 adults with low incomes (less than $25,000 pa) believed their greatest chance of accumulating hundreds of thousands of dollars is through the lottery. Yet lotteries offer a very poor financial strategy - with a terrible payout rate of only 30 cents per dollar spent, as well as an astronomically low chance of winning. It would be more effective to save and set money aside.
How can behavioural science explain this demand for lotteries?
Using lotteries to help people save
Lotteries have typically been viewed as vehicles which detract from helping people save, but when saving is combined with the possibility of prizes, the allure of lotteries can actually successfully nudge people to save. Known as prize-linked savings accounts (PLS), they treat every savings deposit as a ticket in a prizewinning raffle – this gives the thrill of gambling without the risk, and incentivises saving behaviour.
In this way, PLS schemes can turn a wasteful behaviour pattern into a savings habit by using the impulse to gamble in a positive way.
Of course, the UK has been offering one of the oldest prize-linked savings accounts for decades – Premium bonds were first launched in 1956, marketed as ‘Savings with a thrill’ and have proved a very successful way to incentivise people to save – in 2007 40% of the UK population (23 million people) had some sort of savings holed up in a Premium Bond.
They have been successful in many other countries too – South Africa, Latin America, Sweden, Japan, Germany to name a few.
But prize-linked savings schemes are now evolving as a promising policy tool to encourage lower income households to save. There are a few different schemes, but the largest is ‘Save to Win’ in the US. First launched in 2008 in Michigan, it has built 50,000 accounts that have saved a total of $94 million and has been expanded into other states. For each deposit of $25, savers receive normal interest, plus one entry to the annual grand prize and monthly smaller prizes of between $25 and $100. The more deposits the more chances to win.
Gail Miller, a 73 year old retired Airlines worker, said the prospect of winning persuaded her to open a Save to Win account. She makes a $25 deposit 10 times a month (the maximum number of entries) to increase her chances of winning and saves a respectable $250 a month. In May, she won $25. "It was the first time I won," she said, "but I keep trying."
Researchers investigating the effectiveness of PLS schemes on savings generally find positive benefits. For example, a 2014 study using data from a South African PLS scheme found that participants in the scheme increased their total savings on average by 1% of annual income, increasing their typical savings by 38%. Notably, it also reduced expenditure on lotteries too, serving as a substitute.
Another report by the Heritage Foundation on prized-linked savings concluded:
"Prize-linked savings are a tested and intriguing device to divert an impulse for a thrill into a device that builds a positive habit and moves toward the goal of economic opportunity and mobility."
Conclusion
What we love about behavioural science is that it can take a potentially non-beneficial behaviour such as gambling, subconsciously driven by our biases, and turn it into a positive behaviour such as saving money simply by applying the in built tendency to a different context.

Read more from Crawford Hollingworth in our Clubhouse.