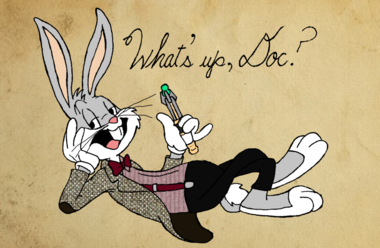 Waiting in my doctor’s surgery the other day, I fell into conversation with the woman next to me. She had been diagnosed with Type 2 diabetes a few years ago and initially she’d been unable to manage her condition. Why? Because she hadn’t understood that there was a connection between what she ate and how that would impact on her disease. She’d struggled to understand and absorb the leaflets she’d been given and, although her doctor had tried to explain the things she’d now need to do daily, the complex terminology of his explanations – the concept of glycemic control for instance - was bewildering. Moreover, she had poor numeracy so the numbers involved in managing her glucose levels on a daily basis were overwhelming.

After our encounter I delved into the issue of poor health literacy a little more and discovered it is a widespread problem in the UK. Around 43% of England’s working age population struggle to comprehend written health materials. When materials contain both text and numbers, this figure increases to 61%.  For comparison, the UK rate of ‘functional literacy’ is higher, at 84%.   Data from The Tinder Foundation (now the Good Things Foundation) reveals that some even find information on the carefully designed NHS Choices website difficult to cope with. 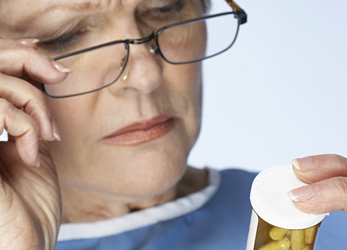 The human cost of incomprehensible terminology or a baffling health diagnosis, or a complex treatment plan can be extremely distressing. Jonathan Berry, from NHS England’s Person Centred Care Team, highlights just a few of the many examples where poor health literacy has had severe implications for an individual’s treatment and consequent health outcome:

●    a woman who thought her “positive” cancer diagnosis was a good thing and couldn’t understand why she wasn’t getting better;
●    a woman who sprayed her inhaler on her neck because she had been told to “spray it on her throat”. Nobody had checked whether she realised she had to open her mouth and inhale;
●    a man referred under the two week cancer wait process who didn’t turn up for his appointment because he didn’t know the sign for Radiology was the same as for the X- Ray Department and was too embarrassed to ask for directions;
●    a woman who thought her ‘positive’ smear test result was a good outcome and so did not follow up with the vital colposcopy appointment.

As Berry says “Our system provides oral and written information to patients of such complexity that it far exceeds people’s functional skills in language, literacy and numeracy, and therefore their ability to make sense of it and act on it.”

These critical misunderstandings point to several frequent problems for care of patients:

●    As patients we often have to comprehend and absorb a lot of information. This can feel overwhelming, not only due to the complex information about our condition and treatment, but also because we are often taking the information on board at the same time as having to cope emotionally with distressing or worrying news.
●    We might also fail to ask the right questions about our health, or to bring up a specific concern with our doctor at all, especially in the current climate of overstretched resources and pressure on doctors to adhere to the strict ‘10-minutes’ per patient.
●    After a diagnosis we are also required to make many frequent and/or simultaneous decisions about how, when and where we want to be treated. At the same time, we might need to take action ourselves, perhaps we need to adhere to a strict medication regime or make lifestyle changes. Without clear and motivating information about our diagnosis we can often fail to make the right choices or take the right action as patients.

Tiny changes, big impacts
However, tiny changes in how healthcare professionals present information to us can make a big difference in what we choose or how we respond.

In this article, we discuss some novel approaches to address this problem based on insights from behavioural science, and which are aiding better comprehension among patients and spurring them into making better decisions about their health and care.

You might already be familiar with the example often cited by behavioural scientists, about framing an operation in either a glass half empty or half full way. Presenting a surgery with a 5% risk of dying feels very different from presenting it as one with a 95% chance of success. The risk of dying seems much more salient in the former example and would probably cause fewer people to opt for the surgery as a result.

Whilst flipping percentages around can help to nudge patients to make different choices, behavioural scientists have been finding that other subtle changes in words and numbers can also have a remarkable impact. 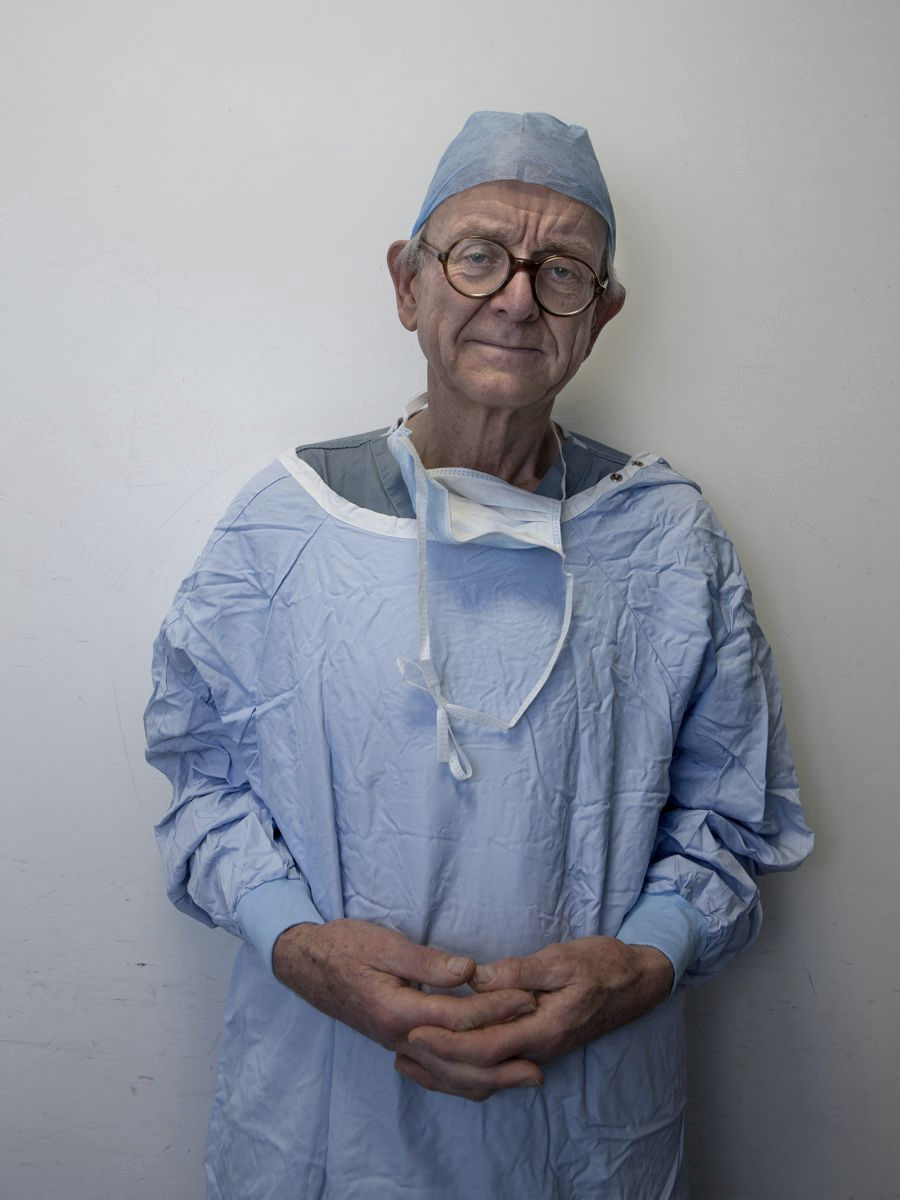 The difference a word can make
From years of experience, British neurosurgeon Henry Marsh has grasped how the framing of information for a patient can be affected by subtle differences in word choice. He describes a conversation with a patient who must choose whether to have an operation or not:

"...I explained that the risk of leaving him paralysed down the right side of his body - as though he'd had a stroke - and maybe unable to speak - was 'not more than 5 percent'. It would sound very different if instead I said 'as much as 5 percent'.

The difference in meaning between ‘not more than’ and ‘as much as’ is significant, even though it is only a change of three small words. An experiment run with family practice physicians in LA and Pennsylvania found that simply changing one word led to a significant difference in patient outcomes.  As an appointment with a patient was coming to a close, physicians were instructed to ask the patient about their unmet needs – any issues or concerns such as heartburn or blood pressure that had been raised during previous visits - in one of two different ways:

Take a guess. Which do you think led to a reduction in unmet patient needs?

The researchers believe the effect comes from subtle nuances in linguistic effects. The word “any” is generally associated with negative non-specific contexts, occurring in sentences that are negatively framed e.g., “I haven’t got any money”. Saying “I’ve got any money” feels and sounds incorrect.  In the same way “I haven’t got anything to say” suggests a negative frame of mind.

By contrast, the word “some” has positive connotations because it tends to occur in positively framed sentences with a more solid and specific focus e.g. “I’ve got something to say” sounds
powerful, and “I’ve got some cash” sounds positive and actively intentional. (“….and I intend to spend it!”) 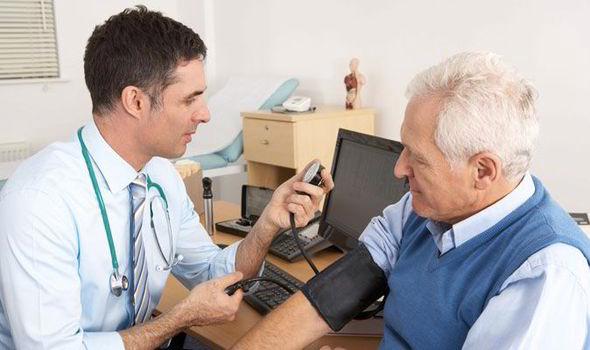 Although it was only a small study, this finding is all the more interesting given that the ‘anything to address’ wording is commonly recommended in medical interviewing textbooks. Moreover, the initiative took almost no time or resources to set in place - doctors received only a 5 minute training video and were prompted to ask one of the two questions by post-it notes placed on the patient record.

When words are better than numbers
Another common problem among patients is that they struggle with numbers, particularly percentages. However, one solution could be to translate them into simpler terms. Research has found that re-framing percentages as ‘natural frequencies’ can make them intuitively easier to grasp and understand.

For example, re-framing ‘70%’ as ‘7 people out of every 10’ or “This drug is effective for 30% of patients” as “This drug is effective for 3 out of 10 patients” may help patients visualise what a healthcare professional is describing. As psychologist Paul Slovic explains, “If you tell people there’s a 1 in 10 chance of losing, they think ‘Well, who’s the one?!’ They’ll actually visualise a person.”

Patients tend to perceive risk more accurately with natural frequencies too. A study by Ellen Peters asked participants to imagine that they had headaches so bad that they couldn’t go to work. Next, they read about a medicine that decreased the frequency of headaches. Participants read about the drug’s effectiveness and the accompanying side effects either as a percentage or as natural frequencies.

Less numerate participants perceived the medicine as less risky when the information was presented using percentages than when presented in frequencies. This reduction in perceived
risk arose not only because people had difficulty understanding percentages, but also because “10%” feels more abstract to people, and therefore less alarming, than “10 out of 100.”

Medical terminology is rife with complex measurements and statistics which healthcare professionals have traditionally passed on to the patient. But innovative ideas for how to pare down these complex numbers into simpler terms using references we can all understand are meeting with success.

We wrote in an earlier article in this series about how converting complex numbers into simpler terms can aid health understanding and prompt action. In one study, some smokers at primary care practices in the US were told the figure for their lung function (expressed as their FEV1 or forced expiration volume), whilst others had their FEV1 number converted into their ‘lung age’. For example, a light smoker aged 57 might be informed either that her FEV1 is 2.36 or that her ‘lung age’ is 72.

Those told their ‘lung age’ were much more likely to quit smoking. Independently verified quit rates a year later stood at 13.6% and 6.4% for the intervention and control group respectively. And the worse state people’s lungs were in, the more likely they were to quit.

Similarly, a recent trial with patients in the Balearic Islands, Spain, found that informing patients with cardiovascular risks of their ‘heart age’ (as opposed to giving them conventional medical advice or telling them the probability of their suffering a cardiovascular event in the next 10 years) led to patients making significant changes to their lifestyle over the following year, thereby reducing their cardiovascular risk.

Conclusion
Simple, but thoughtful changes in the way healthcare professionals communicate with patients can be critical to their well-being and care. In a climate where healthcare resources are stretched to the limit and where there is increasing emphasis on patient centred care, these tiny but virtually costless interventions may prove to be invaluable. It would be wonderful to meet empowered, health literate and confident patients in my doctor’s surgery in future.