How BE helps us to live healthier lifestyles

The ‘Intention-Action’ gap
By The Behavioural Architects
Think piece

Many of us want to lose a little weight and get fitter, stop smoking, drink less, eat more healthily - but struggle to put that into action in a sustainable way.

Behavioural scientists define this problem simply as the ‘Intention-Action’ gap - we generally have good intentions to do some or all of the things that we know are good for us - but frequently procrastinate, delay and may end up failing to execute any of them.

For example, most adults know exercise is good for them and would like to do more, yet global studies have shown that between 36% to 55% of people never manage to convert intention into action.

Helping people get fit using a tailored support network and exercise programme, an innovative fitness company called EliteTogether is having astounding success in helping overweight people achieve their goals by applying a little (intuitive) BE in the programmes they run in the North East, where obesity rates are the highest in England at 31% and inactivity rates sit at 24%.

Participants are regularly losing tens of pounds or more in a matter of weeks and becoming so motivated as a result that they sign up again to lose more. 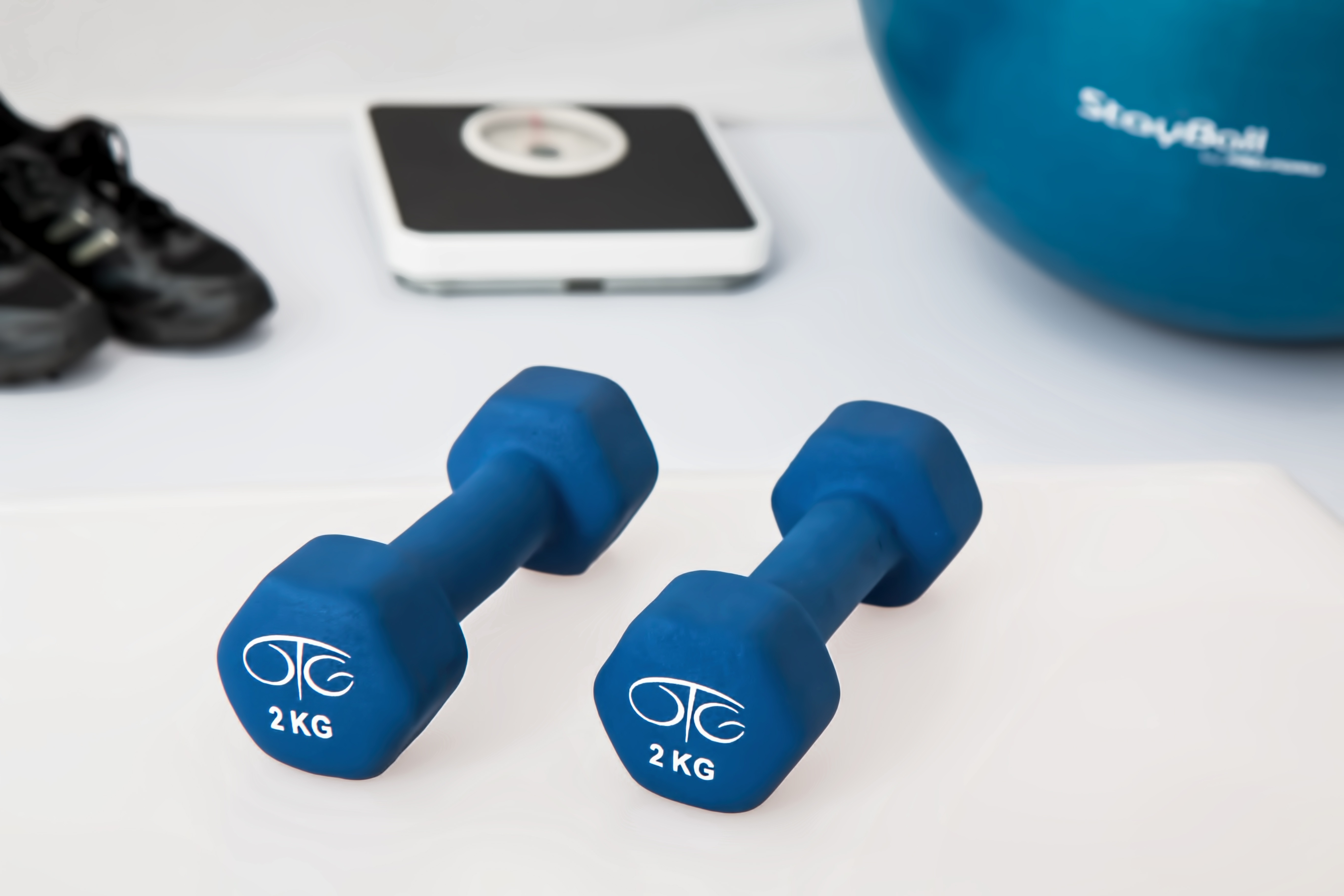 The person in the photo above has lost over 200lbs (over 90kg) and countless people have lost 20, 40, 60lbs so far. Their success in the North East of England has led to expansion elsewhere in the UK too.

Each of the seven BE-grounded strategies above are often effective in generating behaviour change, but perhaps the key to success here is that the whole is bigger than the sum of its parts; that each tiny component has been combined into a holistic approach to create an incredibly effective programme. 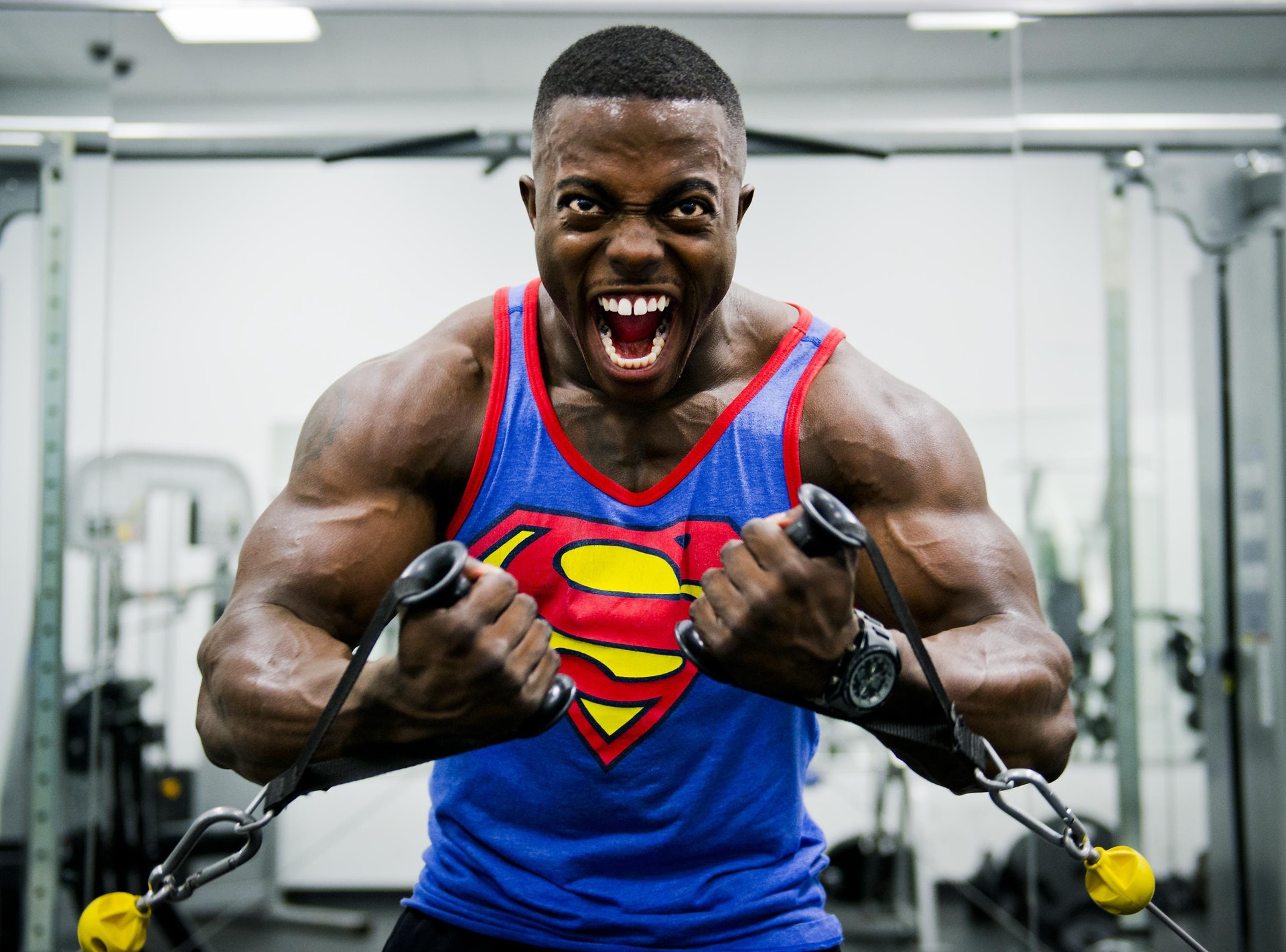 How BE is encouraging people to live more active lives

We used many of these approaches as well as others in helping to shape a city sports organisation’s strategy to encourage its citizens to be more active. We knew that the busy lives people lead meant that again the intention-action gap would be prevalent and although people want to or know they need to be more active they often fail to act and make physical activity part of their daily routine.

We recommended developing communications which leveraged social norms, by using imagery of other people 'like them' to reassure them that the activity or session was designed for them at their relatively inactive, ‘unsporty’ level, not seemingly fit, lean people. Psychologists have found that we tend to want to do what others do, especially people like us. This type of communication also reassured citizens and helped make them feel less daunted by the prospect of sport. Like the EliteTogether participants, people were often intimidated by sports or exercise sessions catering to the already physically fit and suffered feelings of fear of failure or social judgement. In addition, communications which appear to be targeted at already physically active people may not even get the inactive individual’s attention since they may simply lack relevance and be too far removed from the reality of people’s lives.

We also recommended strategies which emphasised starting with small, achievable goals and activities, chunking up the overall and often daunting goal of becoming fitter - just as EliteTogether sets its participants an achievable weight loss goal. For example, promoting simple ways of integrating a little exercise into routines and ‘piggybacking’ these onto existing habits.  Behaviour change experts coined this term for the way in which new behaviours can often be built into firm habits by tagging them on to existing routines. For example, people might start walking some of the way to work rather than taking the bus - piggybacking exercise onto the commute, or going for a walk at lunchtime, piggybacking simple activity to the day at the office. This is particularly important for people who tend to be ‘all or nothing’ exercisers or those who feel their lives are so tumultuous and stressful that it’s impossible to fit any exercise in. 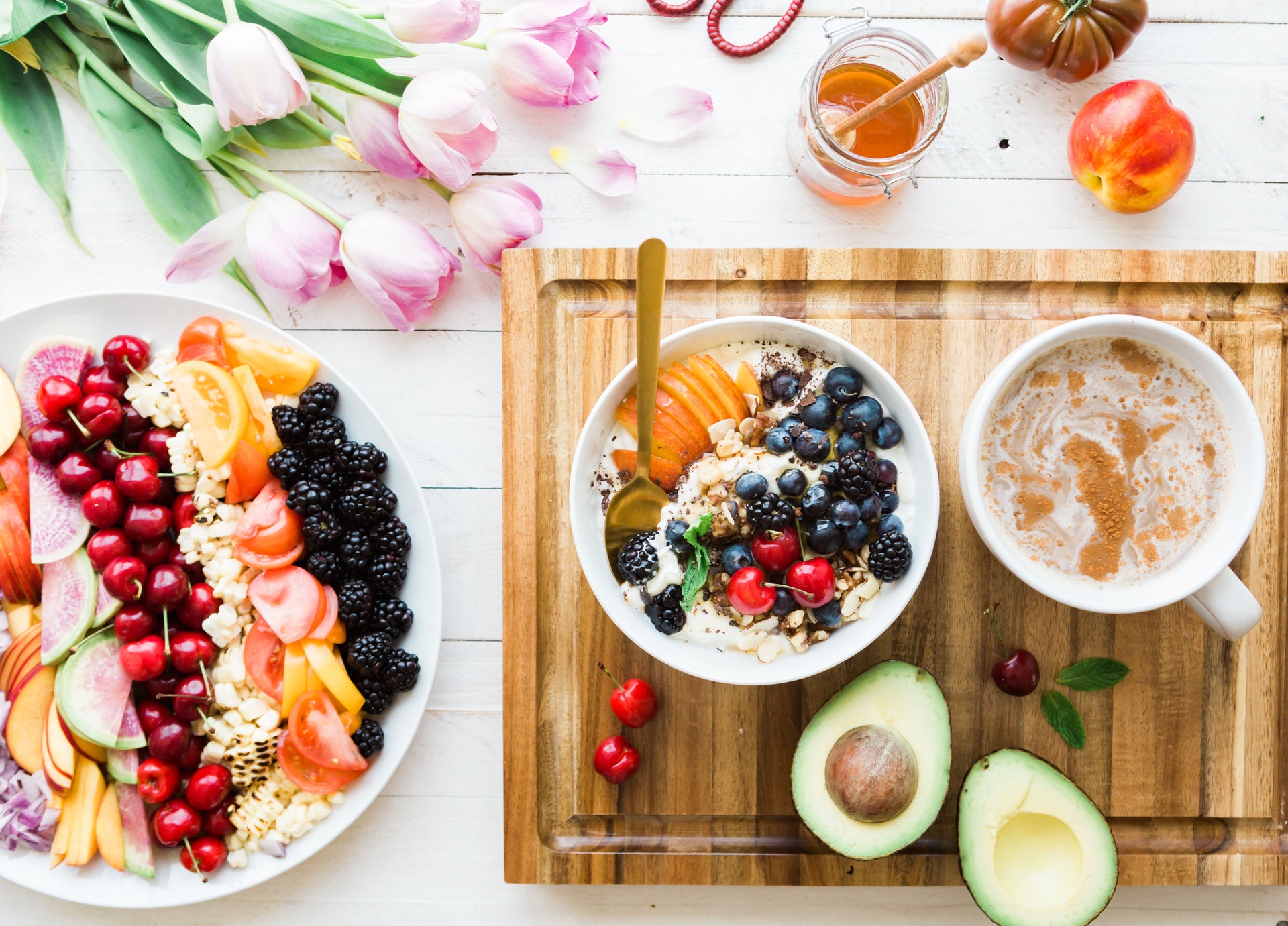 Many people who do no exercise are often those whose lifestyle incorporates multiple unhealthy behaviours such as smoking, eating poorly or drinking heavily. These traits often go hand-in-hand, trapping individuals in a vicious circle; people’s unhealthy routines and habits will be intertwined with each other, often triggered by boredom and loneliness and perhaps linked with other financial or relationship stresses. This can make changing behaviour even more difficult for people since it can feel very daunting and disruptive to change too many things in their life at once.

We worked with a local authority to look at how they might develop a holistic health improvement service using behavioural insights for this group of people. Our recommendations drew on insights from scientific research into habits and looked at how people might disrupt their existing habits to substitute a healthy behaviour for an unhealthy one or ‘piggyback’ a healthy behaviour onto an existing routine. Asking people to simply stop doing something can often leave an emotional and social void in their lives - think of smoking or drinking down the pub - so having healthier alternatives such as a Zumba class or going for a walk in the park with a friend to slot into the gap can often make the transition a little easier. And again, we focused on how people might be encouraged to begin with small, achievable goals which might help to get them started and feel motivated to make further changes. 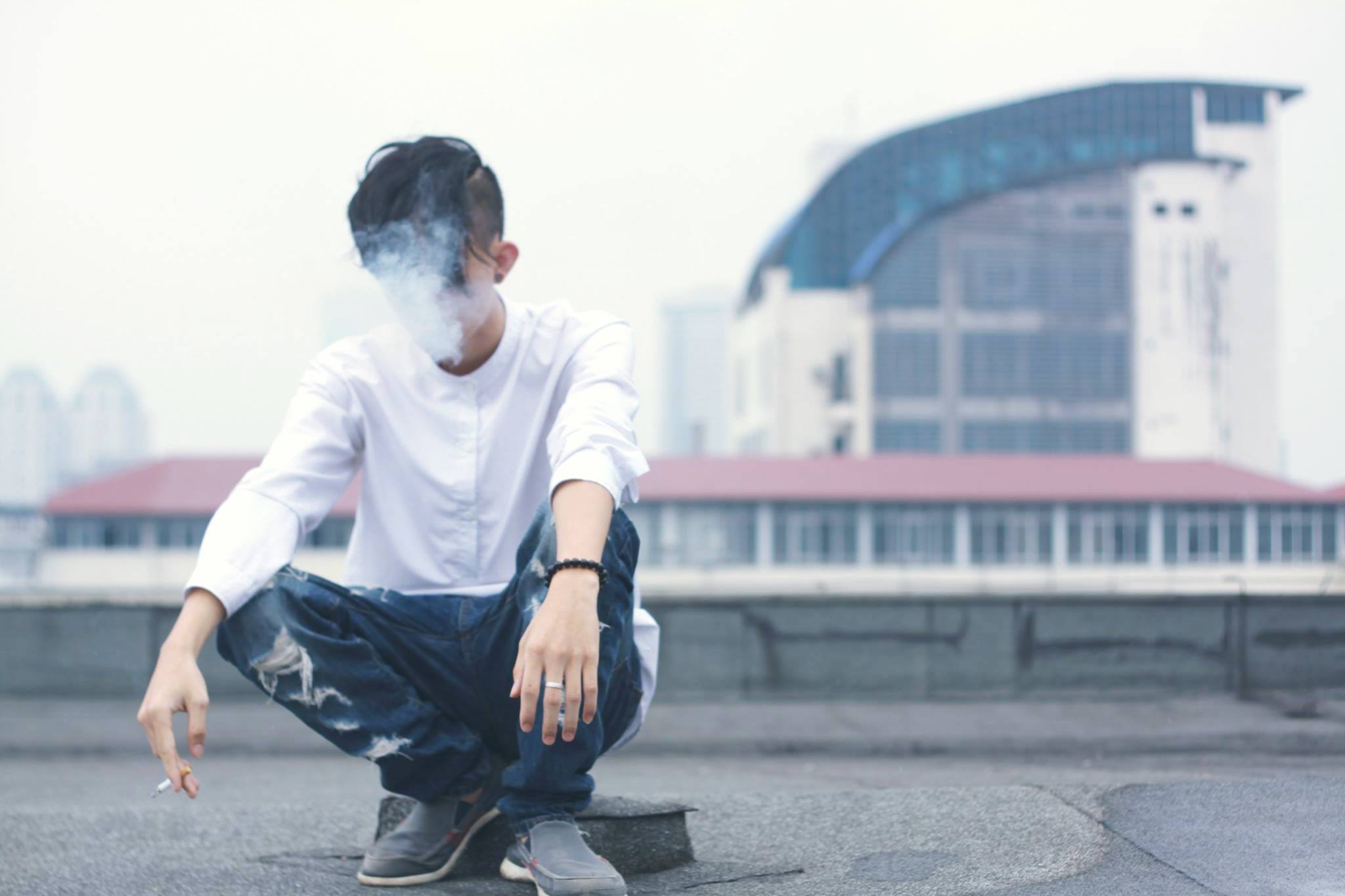 Leveraging the BE concept of reframing to help smokers give up

Smoking is another problem behaviour where people suffer from an intention-action gap. A significant proportion of current smokers have intentions to quit smoking, yet fail in their attempts or don’t even attempt to quit. So interventions to help people quit for good are valuable.

Sometimes, a single, often emotive experience can trigger people to change their behaviour for good. They usually know they should be taking action before that, but sometimes it takes one moment or experience for a complete and full realisation to really drive it home that they desperately need to make a permanent change.

Five GP practices in England participated in a trial testing this effect on over 500 smokers over the age of 35. Each participant had their lung function tested using a breathing apparatus known as a spirometer which measures forced expiratory volume in one second, FEV1 (how much they could breath out in one second). This tests how well the lungs are functioning or if there is any lung impairment, caused by smoking for instance, or asthma or pneumonia.

The measure of lung function can also be used to calculate a ‘lung age’ figure which can illustrate the premature lung damage caused by smoking. For example, a 42-year-old smoker may have the lungs of a 67-year-old non-smoker. For people less numerate and less able to comprehend health metrics, lung age is likely to be much easier to understand than FEV1 and so is likely to be a more powerful and emotive number. It also provides the smoker with a simple reference point against their current age.

Participants in the control group were simply told the figure for their lung function, whilst those in the intervention group had their lung function number converted into their ‘lung age’. Both groups were encouraged to quit and provided with details of quitting services.

Those told their ‘lung age’ were much more likely to quit smoking. Independently verified quit rates a year later stood at 13.6% and 6.4% for the intervention and control group, respectively. And the worse state people’s lungs were in, the more likely they were to quit.

Qualitative feedback from healthcare professionals administering the programme illustrated the powerful and dramatic effect of this simple and easy to communicate number. One commented: “Literally you’d see the blood rush out of their face when they saw the numbers, and they realised they had a significant problem. And that was your quintessential teachable moment. So you grabbed it with both hands.”

It is also a concept that is far easier to understand than other health parameters. As one professional explained: “[Lung age] is a meaningful concept to them. That was something that they could relate to. You know, a 40 % reduction [of lung capacity], to me, doesn’t mean very much.”

We all know we should be leading healthier, more active lifestyles. And in a perfect world we would!  But in our not-so-perfect world, full of daily stressors, chaos and unexpected calamities it’s much harder to make sure we do what we intend to do.

Behavioural science can offer proven techniques and concepts to help us carry through on our well meaning intentions and turning then into reality .  Whether it’s quitting smoking, drinking less, eating more fruit, veg and wholegrains and less sugar, doing some daily exercise - or all of these BE makes these goals easier to achieve.

What’s more, these simple changes are often virtually costless and, when a number are combined, we can create something that has an even greater reach, making strategies and solutions even stronger.

How BE is transforming our lives 24/7 series - article 2